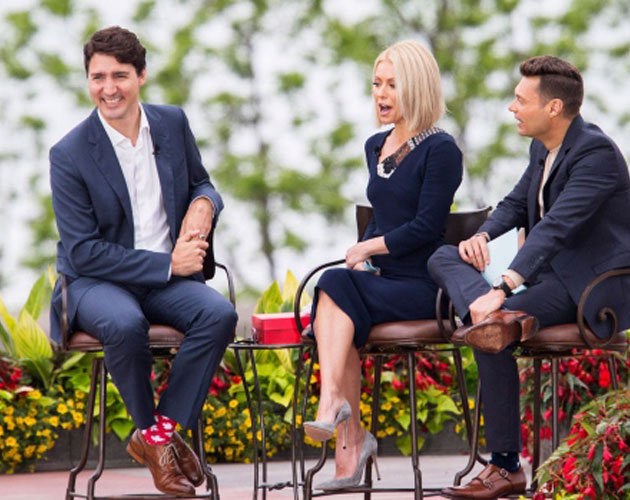 Television morning show, “Live With Kelly and Ryan” took a trip north of the border for a chat with Prime Minister Justin Trudeau.

Prime Minister Justin Trudeau got the chance to speak to an American audience Monday when he was the featured guest on the popular American morning show “Live With Kelly and Ryan.”

Set against the backdrop of Niagara falls, Trudeau began by answering questions about his nomination as the sexiest politician alive and his propensity for shirtless activities.

But as the interview went on, Trudeau was given the opportunity to answer some pressing questions about Canada’s relationship with the United States and its fearless leader, which he described as a “good, constructive working relationship.”

Trudeau however, didn’t hold back on any differences of opinion he had with President Trump. “I mean, today’s World Environment Day and we don’t agree on that because I think there’s a lot of good jobs in the environment that we are building for,” he explained.

When asked about Canada’s security in the wake of the most recent terrorist attack in London he seemed to offer yet another critique of our neighbours to the South. “There’s all sorts of different things we need to do, whether it’s investing in safety, security, police officers and investigative national security stuff or whether it’s in creating a society in which we’re there for each other, we lean on each other, we’re resilient enough to handle bad things happening without falling into a bad space,” Trudeau said.