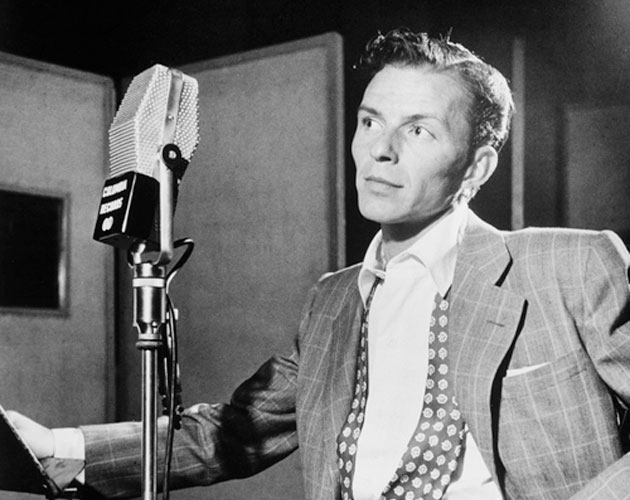 Early in his life, Sinatra developed a keen interest in big band jazz. After graduating from high school—where he sang with the glee club, yet never learned to read music—Ol’ Blue Eyes joined his first band, The Hoboken Four, in 1935, changing the name of the already established group to match that his hometown of Hoboken, New Jersey. His first big break in the music industry came that same year when he and the Hoboken Four won first prize on Major Bowes’ Amateur Hour radio show.

In 1938, Sinatra was employed as a singing waiter at a roadhouse called The Rustic Cabin in Englewood Cliffs, New Jersey. From there, Sinatra landed a gig performing live radio segments on WNEW’s Dance Parade in New York City. The exposure would pay off.

The following year, bandleader Harry James caught a broadcast of Sinatra’s and headed down to the station to offer the crooner a two-year contract (for $75 a week) as his lead vocalist.

On July 13, 1939, Sinatra released his first disc with James and the orchestra. The end result was From the Bottom of My Heart. Of the 10 songs recorded with the band, “All or Nothing at All” proved most popular with audiences, although the album itself sold fewer than 8,000 copies upon its initial release. Despite this, the song became a mainstay for Sinatra’s live performances.

Watch his 1982 performance of the hit here.