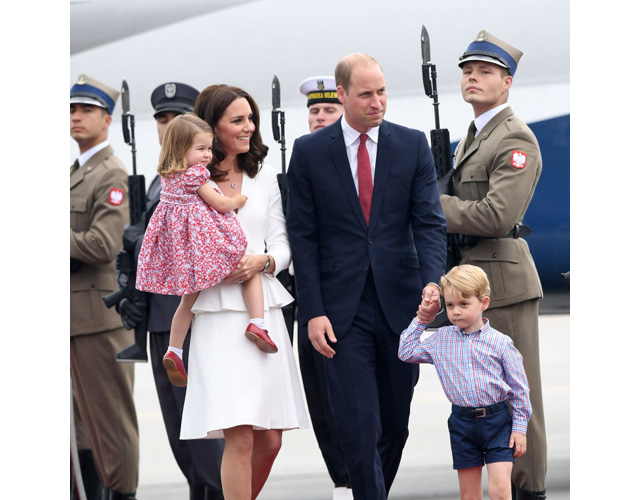 Everyone’s favourite royals arrived in Poland this week to begin their second royal tour as a family of four.

Prince William and the Duchess of Cambridge, along with littlest royals George, 3, and Charlotte, 2, arrived in Poland on July 17 for a royal tour that will also include a stop Germany. It’s a highly-publicized trip that many are calling a “Brexit charm offensive.”

Already stealing the headlines, however, were little George and Charlotte who made a rare public appearance with their parents.

Watch the family disembarking from the plane here.

The first stop on the tour is a visit to the Presidential Palace for a meeting with Polish President Andrej Duda and first lady Agata Kornhauser-Duda, who was recently lauded for her skillful dodging of U.S. President Donald Trump’s handshake last week.

The royals plan to travel to Warsaw Rising Museum, which is dedicated to the 1944 uprising carried out by the Polish resistance Home Army against German occupation. While there, Prince William and the Duchess of Cambridge will light a candle in memory of the fallen soldiers.

Capping off their evening, the pair will attend a Queen’s Birthday Party hosted by the British Ambassador, where William will deliver a speech in front of 600 guests.

The royal schedule also includes a private meeting with German Chancellor Angela Merkel and a visit with survivors of the Stutthof concentration camp where more than 65,000 people died before its liberation in May 1945.