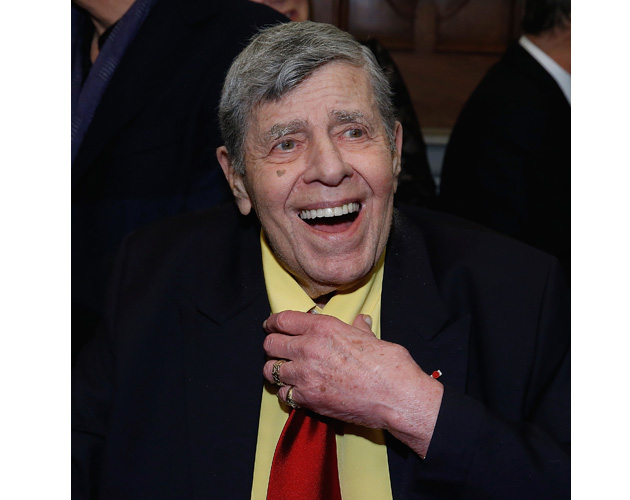 Comedy legend Jerry Lewis passed away on August 20 of natural causes in his Las Vegas home. He was 91.

The controversial comedian was adored by many, and equally disliked by others, yet the impressive scope of his decades-spanning career in entertainment is undeniable.

The brash Newark, New Jersey native quickly saw his star ascend shortly after the Second World War when he joined forces with the powerhouse Dean Martin, who would croon to the nightclub audience while Lewis traipsed around the stage with his manic energy. Lewis likened their famous shtick to “sex and slapstick.”

It was ultimately a highly-profitable celebrity friendship often marred by frequent in-fighting: Considered one of the best comedic duos of all time, Lewis and Dean Martin dazzled audiences with their hilarious routines for more than a decade before their acrimonious 1956 fallout. After numerous TV appearances, comedy tours and 16 feature films together, Lewis broke away from Martin to pursue his own successful solo career, eventually producing, directing and writing some of his own films, including The Nutty Professor (1963), one of his crowning achievements.

Along the way, he was the pioneer behind a common technique called “video assist” which promoted the use of closed-circuit monitors during filmmaking which allows directors to immediately watch recently shot scenes. It’s now common practice on movie sets.

And, for all the behind-the-scenes stories of his mercurial nature, Lewis also had a philanthropic side: As a spokesperson for the Muscular Dystrophy Association, he helped raise more than $2 billion for the organization during his annual 21-hour telethons between 1966 and 2011.

Here, we look back at some of our favourite musical moments from the slapstick king.

This 1950 clip from an episode of the TV series, Martin and Lewis, reminds viewers of the early magic shared between the two stars.

In 1954, Lewis starred alongside Dean Martin and Janet Leigh in the frequently overlooked musical gem, Living It Up. As Homer Flagg, a bored stationmaster who claims he’s dying in order to win an all-expenses-paid trip to New York, Lewis jokes, sings and jitterbugs his way through the film.

Arguably his most famous big screen incarnation, Lewis’ 1963 The Nutty Professor provided the comedian with the opportunity to stretch his acting chops and play both a socially awkward genius and the handsome ladies’ man, Buddy Love. But it’s Lewis’ quirks playing Professor Julius Kelp that proves the more memorable half of his dual performance, as evidenced by the charming clip above.

Creating a better life for his “Jerry’s Kids” was Lewis’ true passion. Beginning in 1966, the comedian hosted a 21-hour telethon to raise money for the Muscular Dystrophy Association (MDA). By the time Lewis and the MDA parted ways in 2011, the donations exceeded $2 billion!

The 2010 telecast ultimately proved to be his last. When the then-84-year-old launched into his traditional closing musical number (“You’ll Never Walk Alone” from the film Carousel), Lewis broke down into tears.

In this classic scene from 1958’s Rock-a-Bye Baby, Lewis demonstrates the full extent of his comedic chops with this toe-tapping snippet. It’s Jerry doing what he did best: entertaining the masses.