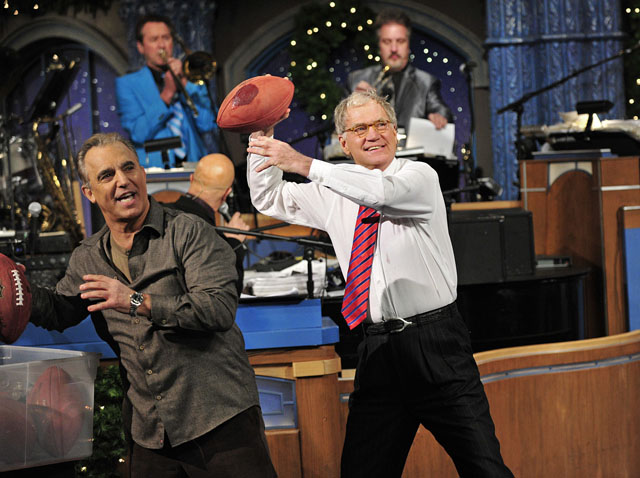 Fans and friends took to social media on Thursday to remember Jay Thomas, the comedian, actor and talk show host who appeared on a number of hit sitcoms in the 1980s and 1990s, following news of his passing at age 69 from cancer.

Thomas won two Emmys over nine seasons for his role as Jerry Gold, the love interest of the titular character on Murphy Brown from 1989-1998, and also appeared on Cheers as hockey player Eddie LeBec and as a sportswriter on his own mid-90s sitcom Love and War. But for his many sitcom credits—which include earlier appearances and/or guest starring roles on The Love Boat, Mork & Mindy, Family Ties and The Golden Girls—one of Thomas’ most famous small screen turns came every year during the holidays, when he’d appear on The Late Show with David Letterman to knock meatballs off a Christmas tree and tell his famous Lone Ranger story, with Letterman called “the greatest talk show story of all time.”

The story begins early in Thomas’ career, when he worked as radio DJ in Charlotte, North Carolina. He hosted an event at a local car dealership at which the Lone Ranger, Clayton Moore himself, made an appearance and, long story short, Thomas and a pal got high and offered Moore a drive back to his hotel after the event. The story takes a sharp turn from there and, of course, no one tells it better than Thomas.

Watch the video below to watch Thomas recount the story for the final time alongside Dave in 2014.