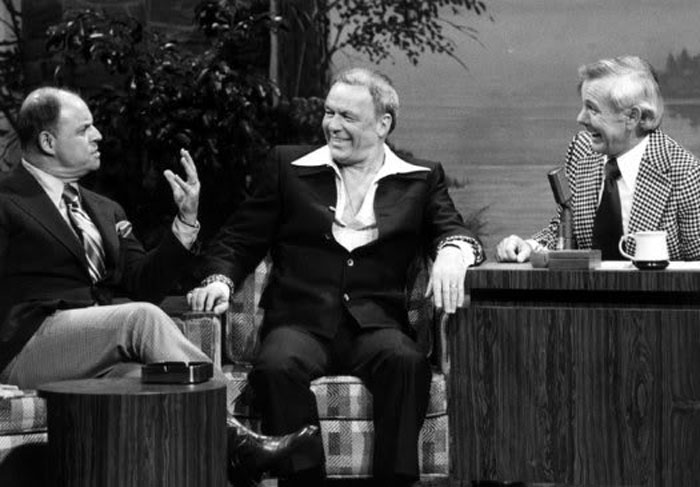 From Don Rickles’ hilarious stories about his friendship with Frank Sinatra to Jim Carrey’s American debut on The Tonight Show Starring Johnny Carson, these boomers left an unforgettable mark on late night television.

With all the scripted interviews and self-promotion on late night TV, it takes someone extraordinary to create a lasting impression that lingers on for years after their appearance.

Among those stars, are consummate performers like Don Rickles and Robin Williams, who couldn’t help but to entertain, seamlessly working their comedy into their interviews.

Here, 5 of the best boomer moments on late night television.

It’s a well-known fact that Betty White enjoys her vodka, so when she appeared on The Late Show with David Letterman the day after her 89th birthday, her host had a bottle of her favourite alcoholic beverage hiding behind the desk.

When Letterman asked her what she likes to do on her spare time, White unknowingly sets the stage for her surprise birthday drink.

“I like to do most anything, play with animals, mostly—and vodka’s kind of a hobby,” she said, before Letterman revealed her boozy gift.

Don Rickles introduced himself to Frank Sinatra during one of his stand-up shows in typical “Mr. Warmth” fashion…with an insult.

According to Rickles, his mother, Etta, was the one who arranged Sinatra’s attendance to the Miami show. She met with Sinatra’s mother and had her persuade the famous crooner to attend.

At the time, Sinatra’s short and reportedly violent temper had been well documented, which Rickles used as comic fodder. “Hey, Frank, make yourself at home,” he said to the star who was surrounded by his entourage. “Hit somebody!”

From there, the two would form a close friendship making for some of the greatest anecdotes ever shared on late night television.

In 1983, Johnny Carson gave American audiences their first glimpse of Canadian comedian Jim Carrey, who’d made a name for himself as an exceptional impressionist.

After starting his set with an overly-jittery Elvis Presley, Carrey called on his seemingly pliable face for a series of silent celebrity impressions. The audiences amazement is palpable, as he replicates everything from Clint Eastwood’s signature squint to James Dean’s bravado.

Carrey—who says he was devastated after he wasn’t invited back to Carson’s couch after his performance—would make his return as a guest on the show in 1991 after his success on the hit sketch comedy series, In Living Color.

Few people in the world can chronicle the invention of golf quite like the late, great Robin Williams.

In this bit from the British late night show, Parkinson, Williams describes the peculiarity of the sport, channeling a drunken Scottish character who invented the game. Williams went on to use this joke throughout his stand-up career, but it was his delivery on Michael Parkinson’s show that remains the most iconic.