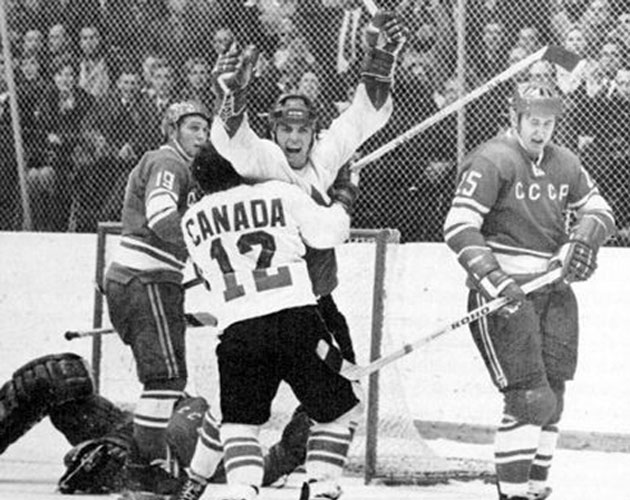 Members of one of the famous Canadian Olympic teams were on hand at the Zoomerplex to celebrate their ’72 Summit series win over the Russians 45 years ago.

Members of team Canada who played in the gold medal ’72 Summit series recently stopped by the Zoomerplex in Toronto’s Liberty Village to celebrate the 45th anniversary of their hard-fought series win over the Russians for Olympic gold.

With the Canadians heavily favoured in the series, both players and fans were shocked when the Russians took the first and third game of the series in convincing fashion.

Phil Esposito, who was critical in the crucial game eight victory that won them gold, remembers the backlash the team received from some of the fans after that first loss on home ice.

“My dad and my mom went through torture after losing that first [game] in Canada,” he says. People would put signs on their lawn saying that they were traitors. For the sake of a few jerks, the rest of the people were terrific.”

The Canadians would go on to win game eight, storming back from a 5-3 deficit in the third period to win 6-5.

Watch coverage of the celebration here.