Watch: Justin Trudeau And Family Get Into The Halloween Spirit 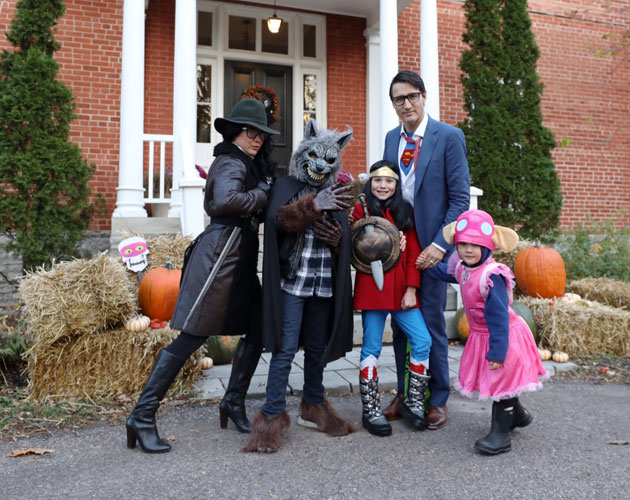 It’s a bird! It’s a plane! It’s the Prime Minister! Justin Trudeau got into the Halloween spirit once again this year.

Aside from the thick-framed glasses he was wearing, Trudeau appeared to be his usual self. But, as he prepared to enter the House of Commons on October 31, the prime minister flashed reporters the Superman emblem under his white dress shirt (something the real Clark Kent would never do in public, mind you).

Trudeau is well known for getting into Halloween spirit, but this year’s Clark Kent was the first costume that was friendly enough to wear on an outing to the House of Commons.

This year, Trudeau’s wife, Sophie, and daughter, Ella-Grace, each dressed as variations of Wonder Woman while their eldest son Xavier went with a classic werewolf costume. Their youngest, Hadrien, was Skye, a character from the popular children’s show, Paw Patrol.

The entire family went trick-or-treating in their Ottawa neighbourhood on Tuesday night.