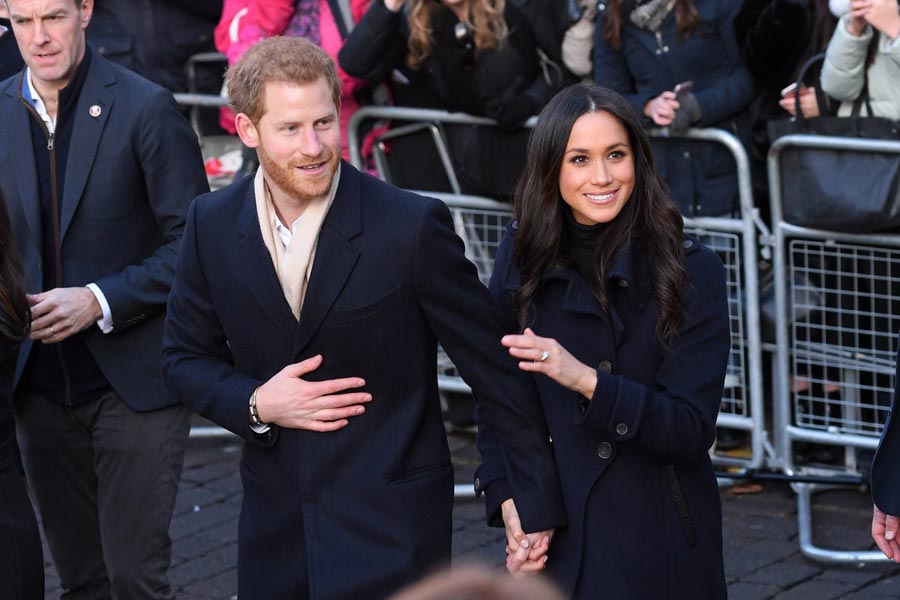 It’s been less than a week since Prince Harry and Meghan Markle announced their upcoming nuptials, and today they made their first official royal commitment as a couple.

Markle was born in California, but has called Toronto home for the last six years. Giving tribute to her adopted country, she wore a coat by Montreal-based label Mackage today on her first official outing as a royal-to-be. This was the second major shout-out to a Canadian designer this week. On Monday, when she and Prince Harry officially announced their engagement outside Kensington Palace, the former Suits actor wore a white wrap coat by Toronto-based fashion brand Line the Label (which, not surprisingly, sold out almost immediately).

Meghan Markle chose a Canadian designer for her first public outing with Prince Harry. All the fashion details: https://t.co/abWYDGLxFx pic.twitter.com/vujNtGXUBE

RELATED: Engaged! Prince Harry And Meghan Markle Set To Walk Down The Aisle

Today’s trip to Nottingham was Prince Harry’s third since October 2016. Following in the footsteps of his late mother, Princess Diana, the prince has long championed AIDS charities.

Prince Harry and Meghan Markle plan to tour Britain over the next six months, reportedly to give the American actress an opportunity to learn about the country before their wedding this May at St George’s Chapel at Windsor Castle.