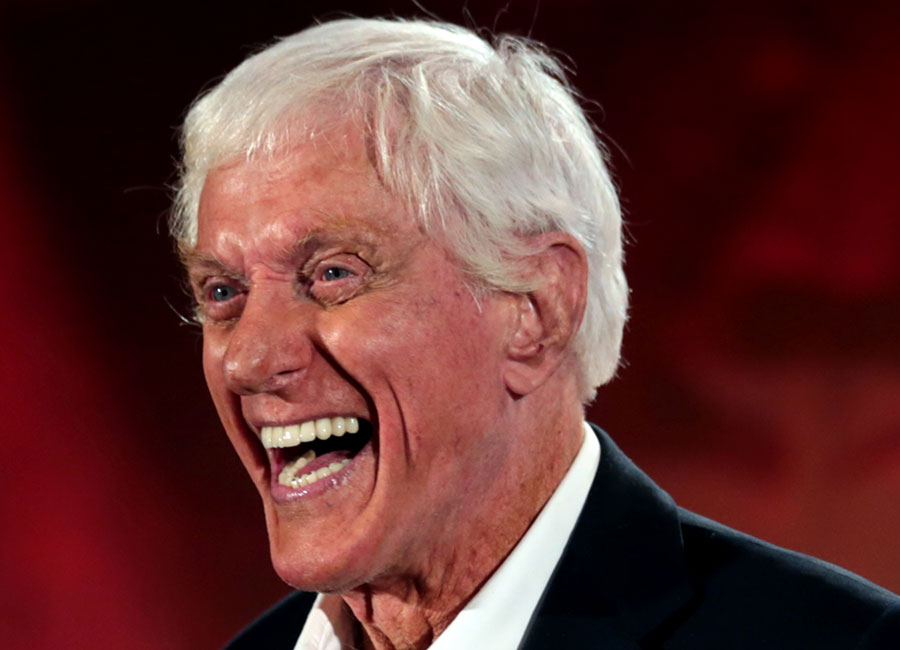 To celebrate Dick Van Dyke’s birthday this December we’ve dug up some little known facts about the entertainment legend that go far beyond his title role on The Dick Van Dyke Show.

He’s largely known for his title role in The Dick Van Dyke Show, but his body of work extends far beyond his run on prime time television.

In addition to countless prime time Emmys and one daytime Emmy, he’s earned a Grammy for Mary Poppins and a Tony for Bye Bye Birdie, leaving him an Oscar shy of the coveted EGOT status (a term used for entertainers who have collected an Emmy, Grammy, Oscar and Tony).

Here, 7 interesting things you might not have known about Dick Van Dyke.

1. His parents lied to him about his birthday

Just before what Van Dyke thought was his 18th birthday, he became concerned about the draft and the possibility of being forced into the infantry.

To control his own fate, he debated joining the Air Force while he was still 17 and ran the idea past his mother.

Instead of advice, Van Dyke received a bombshell.

“I have something to tell you,” Van Dyke recalls his mother saying in his memoir. “You’re already 18.”

Oddly enough, her explanation for lying was yet another lie. She told him that he was premature, and that they had changed his birth date to match the original due date.

Rightfully suspicious, Van Dyke went to who he calls the “most straight forward” person in his family, his grandmother.

“She looked like she wanted to say “bulls–t,” he writes in his memoir. “She asked who had sold me a bill of goods. ‘You were conceived out of wedlock.'”

His mother would later confirm the story and his birthday would be moved from March back to December.

2. He wrote a book on aging

In the followup to his New York Times bestselling memoir, My Lucky Life In and Out of Show Business, Van Dyke ventured into the self-help genre with Keep Moving and Other Tips and Truths About Aging.

Central to the book, is the idea of rejecting the limitations placed on aging.

“If I am out shopping and hear music playing in a store, I start to dance,” he writes. “If I want to sing, I sing. I read books and get excited about new ideas. I enjoy myself. I don’t think about the way I am supposed to act at my age—or at any age.”

3. He’s even fantastic on kid’s shows

After winning countless prime time Emmy’s, Van Dyke moved on to conquer the earlier television time slot, earning a daytime Emmy Award in 1986 for outstanding performer in children’s programming after an appearance on CBS Library, an anthology series that presented animated or live action versions of children’s books.

4. He received his high school diploma very late in life

Van Dyke finally received his high school diploma 60 years after he had left to join the Air Force. Ahead of the 2004 ceremony Van Dyke performed in his Alma Mater’s student production of Bye Bye Birdie.

5. His first wedding was broadcast over the radio

Van Dyke was wed to his first wife, Margie Willett live on a radio program called Bride and Groom. The show offered romantic hopefuls a free ceremony and various prizes in exchange for the live broadcast and post-service interviews.

“We were too broke to get married, but a radio producer offered to pick up the tab and send us on honeymoon if we got hitched on his show,” Van Dyke told The Guardian. “So in 1948 we exchanged our vows in front of a minister and two radio microphones while 15 million people listened.”

6. His wife is half his age

The two first met in the green room of the Screen Actor Guild Awards dinner in 2006, where Silver was working as a makeup artist.

Although Van Dyke’s name carried clout in the world of show business, he couldn’t exactly rely on his star power in his first meeting with Sterling.

Despite that generational gap, Van Dyke insists they’re a match. “We don’t feel the age gap. I’m emotionally immature and Arlene is very wise for her age, so we meet in the middle.”

7. He went to great lengths to join the military

Van Dyke stood 6 feet tall before his 12th birthday but that height wasn’t always a blessing. On his first few attempts at enlistment in the Air Force Van Dyke was told he was too skinny and was instructed to gulp down an abundance of milkshakes.

When they finally let him enlist in 1942, Van Dyke excelled, landing a position in the special services unit, where he performed in shows and hosted a radio show.