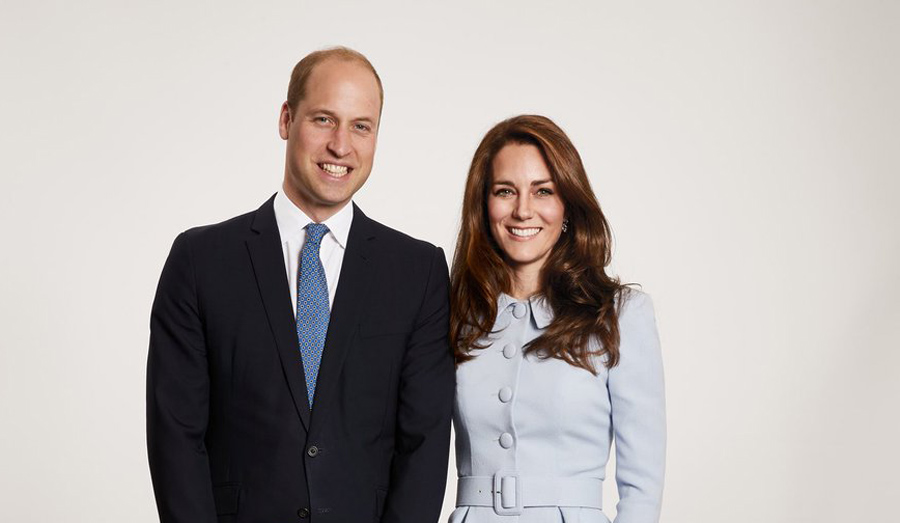 We can’t get enough of Prince William and the Duchess of Cambridge’s charming family holiday photo.

Prince William and Catherine, the Duchess of Cambridge, have released an official Christmas photo with their adorable tots, Prince George, 4, and Princess Charlotte, 2. (The couple are expecting Royal Baby No. 3 in April!)

Kensington Palace shared the charming family photo on its official Twitter account on Dec. 18, with the caption: “The Duke and Duchess of Cambridge are pleased to share a new photograph of their family. The image features on Their Royal Highnesses’ Christmas card this year. The photograph was taken earlier this year by @ChrisJack_Getty at Kensington Palace.”

Naturally, the kids steal the show, with Prince George’s shy smile and Princess Charlotte’s impish grin. (Seriously, could they be any cuter?)

The royal family were even colour-coordinated in matching powder blue outfits. For the more fashion-minded royal watchers out there, the Duchess of Cambridge wore a Catherine Walker peplum jacket and skirt. Meanwhile, Prince George was dressed in a Pereprine royal blue and white mandarin collar shirt, while Princess Charlotte wore a floral blue UFO frock and Dona Carmen Bebes Mary Jane shoes. We have no doubt those items will be flying off store shelves in no time!

As per tradition, Prince William and family will spend their Christmas holidays at Sandringham House in Norfolk along with Queen Elizabeth, Prince Philip and, of course, Prince Harry and his fiancée, Meghan Markle. The American actress’ invitation marks a break from royal protocol that allows only spouses to be in attendance for Christmas celebrations. By contrast, the Duchess of Cambridge was not invited to join Prince William for Christmas in 2010. Oh, how the times have changed!

We’re still waiting for our royal Christmas cards to arrive in the mail, obviously.