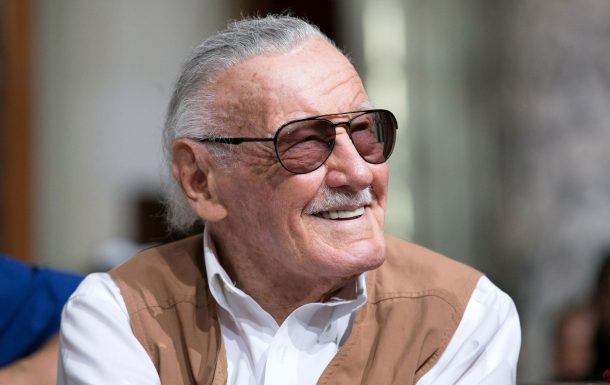 To mark Stan Lee’s 95th birthday this past month we’ve unearthed some lesser-known facts about the legendary Marvel creator.

He’s the writer and creative mind behind the Marvel universe and therefore a legend in the comic book world. With creations like Spiderman, Iron Man and The Hulk he re-imagined the modern super hero and gave new life to an industry that was considered lowbrow when he first started in the early 1940s.

Today, his impact is still felt, not only in the comic book industry but on the big screen where his heroes are brought to life in epic fashion.

To celebrate his 95th birthday this past month (Dec. 28, 2017), we’ve unearthed some lesser-known facts about the creator of the Marvel Universe.

1. He landed an editor position at 17 Lee was first hired as an assistant at Timely Comics in 1939 and quickly moved his way up to staff writer.

While he never intended on a career in comic book writing, the 17-year-old would receive the opportunity of a lifetime in 1940 when his two editors were fired.

The publisher Martin Goodman, who was also Lee’s uncle by marriage, asked him to fill the editor position while he searched for a replacement.

“When you’re 17 years old, what do you know?” Lee said of the job offer in an interview with Web of Stories. “I said ‘sure I can do it.’ And that was it. I became the editor and I think he forgot to hire somebody.” 2. He had Howard Hughes in mind when he created Iron Man

The inspiration for Stan Lee’s Tony Stark a.k.a. Iron Man was Howard Hughes, a film director and philanthropist known for his playboy lifestyle.

“Hughes was one of the most colourful men of the time,” Lee explained in an interview. “He was an inventor, an adventurer, a ladies’ man and a nutcase. He was incredible.”

When Stan Lee introduced the character to audiences in 1963, he was well aware of the challenge he faced in presenting a weapons manufacturer as a hero.

“I think I gave myself a dare. It was the height of the Cold War. The young readers—if there was one thing they hated, it was war, it was the military,” he told Movie Pilot. “So I got a hero who represented that to the hundredth degree. He was a weapons manufacturer, he was providing weapons for the Army, he was rich, he was an industrialist. I thought it would be fun to take the kind of character that nobody would like, none of our readers would like, and shove him down their throats and make them like him.”

The comic legend originally reserved the pen name Stan Lee for what he assumed would be his lesser works in comic book writing. He intended on using his real name, Stanley Martin Lieber for the novels he planned on writing. 4. Stan Lee was in the army

Stan Lee didn’t have his editor position at Timely Comics long before he headed off to join the war efforts in 1942. His first assignment was with the US signal Corps, where he repaired telegraph poles and other communication equipment.

Later he would utilize some of his creative talents, joining the training film department where he wrote training manuals, slogans and cartooned occasionally.

His military classification was that of “Playwright,” which was only given to nine men in the service at the time.

Stan Lee nearly quit the comic book business in the late 1950s after his publisher told him to dumb down the vocabulary in his works.

“He didn’t want too much dialogue; he didn’t want me to worry about characterization or story—all he wanted was a lot of action,” Lee told CBR. “He said to me ‘All these readers care about is action.”

When he was asked to create a new superhero team in response to DC’s updated Flash, he decided it would be his last project and set out to make a statement.

The superhero team he created was The Fantastic Four, which landed far from the mindless action his publisher had hoped for as he upped the complexity of the language and gave each of the heroes real world problems.

The 1961 comic book was a huge success and introduced readers to a realism they had never seen before. More importantly, Lee’s successful innovation rekindled his love for writing comics.

6. He created the “Marvel method”

Stan Lee was the first to use what is now known as the “Marvel Method” in creating his comics. Instead of scripting an entire book before it was illustrated, Lee would explain to an artist what was going to take place in each issue and fill in the dialogue afterward.

Stan Lee has appeared in over 30 Marvel movies but the self-proclaimed “cameo artist” was rubbing shoulders with superheroes long before the movie deals.

His first appearance in the Marvel comics came in an early issue of Fantastic Four, in which a meeting with artist Jack Kirby is interrupted by Doctor Doom, who commands Lee to lure the Fantastic Four into a trap.

“The artists back then would draw me in as a joke or just to have fun,” Lee told Business Insider. “And I would put some dialogue balloons there and it looked as if I intended it. I didn’t try to do cameos in those days.”

Today, Lee’s cameos range from casual onlooker to interacting with the cinematic heroes he originally dreamed up. But no matter how insignificant his cameos may seem, the creator of the Marvel universe doesn’t underestimate his influence on ticket sales.

“When people don’t see my cameo in a movie, they buy another ticket to see the film again so they can find me,” Lee told CBR.

Whether he was aware of it or not at the time, Stan Lee introduced a new way of reading to an entire generation and added an education component to his comics as well by upping the complexity of his writing.

In 2010, the creator of Marvel decided to address literacy more directly, creating The Stan Lee Foundation, a non-profit organization that provides access to literacy, education and the arts in the United States.

In an interview with Fox News, Lee explains why comics are such an essential tool for promoting literacy.

“Children who wouldn’t normally be readers, they’re not going to want to read a book. But they’re intrigued by the pictures in a comic book and in order to really understand the story you have to be able to read the words so they force themselves to do it.”

In the episode above, they investigate Guy Bavli, a man who claims to possess telekinesis powers.