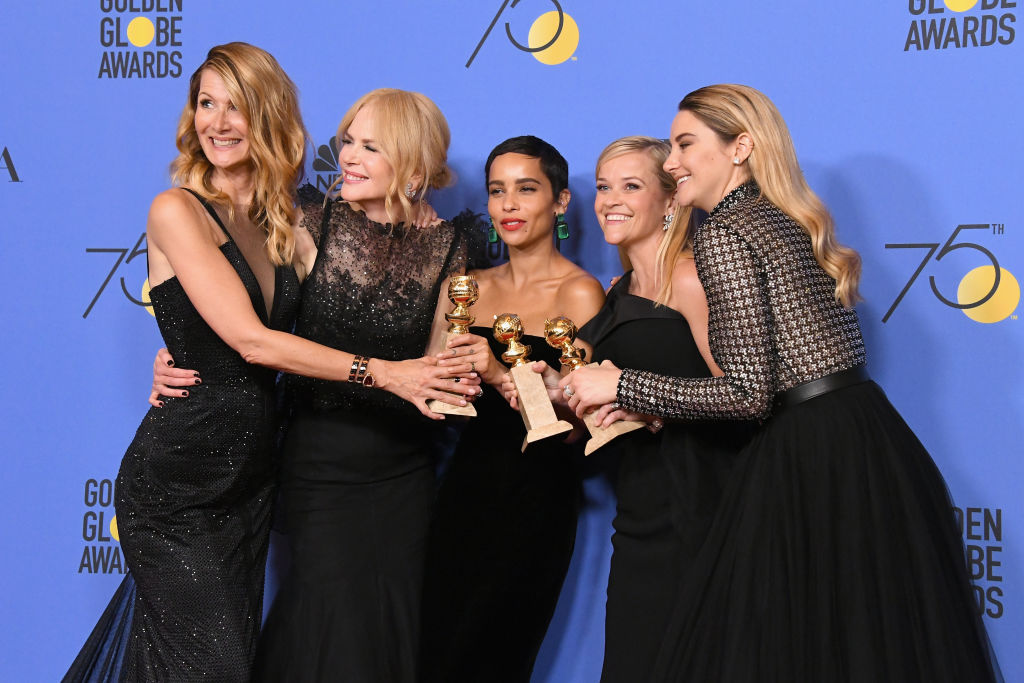 Instead of the usual high stakes fashion show, the Golden Globes’ red carpet was turned into an activist parade as many of Hollywood’s biggest stars took to dressing in black in support of the #TimesUp movement.

The dress code for wearing black on the red carpet was one that drew heated debate leading up to Sunday night’s 75th annual Golden Globes. The red carpet at award shows is an important marketing tool since it offers the fashion industry – one which employs millions – a global audience, and landing a dress on an actress who takes home an award raises the profile of a designer and ensures those images will go down in history.

But as Hollywood continues to be rocked with sexual harassment scandals and calls for equal pay for women rise to the forefront, the entertainment industry has reached a tipping point as skeletons refused to be locked any longer in closets. Hence, it made sense that the Golden Globes, the first of the big awards shows, be used as the ultimate political platform.

And this milestone Golden Globes will go down in history as the most activist of award shows.

Not only did most actresses take up the mantle to dress in black but many men followed suit with black shirts and bow ties with their tuxedos and wearing the #TimesUp pin.

Several of Hollywood’s A-list actresses also brought along, as their plus-one, women who fronted organizations in other industries, fighting similar causes.

The red carpet was not the only political arena to make a statement but many presenters and winners also took the podium as an opportunity to make both pointed and subtle jabs at what is seen as a very misogynist industry. Natalie Portman, as she was introducing the list of best directors up for an award, said, “Here are the all-male nominees.” Even those on the red carpet covering the event – such as E! – were not spared being skewered as Debra Messing pointedly brought up the subject of host Catt Sadler who recently resigned the network when she found out her male co-host was being paid almost twice as her.

But as much as wearing black on the red carpet was about bringing a look of solidarity to the issues at stake, there was no hiding those celebrated signatures that make a black dress a popular choice for many women. As this Golden Globes’ red carpet proved, a black dress can still be the most powerful and glamorous outfit one can wear.

Scroll through below for a look at the women over 50 who proved black is still best when it comes to evening attire. Michelle Pfeiffer, 59, in a tulle gown topped with a cropped jacket. Sarah Jessica Parker, 52, in a Dolce & Gabbana dress and shoes from her SJP Collection. Oprah Winfrey, 63, was honoured with the Cecil B. DeMille award.