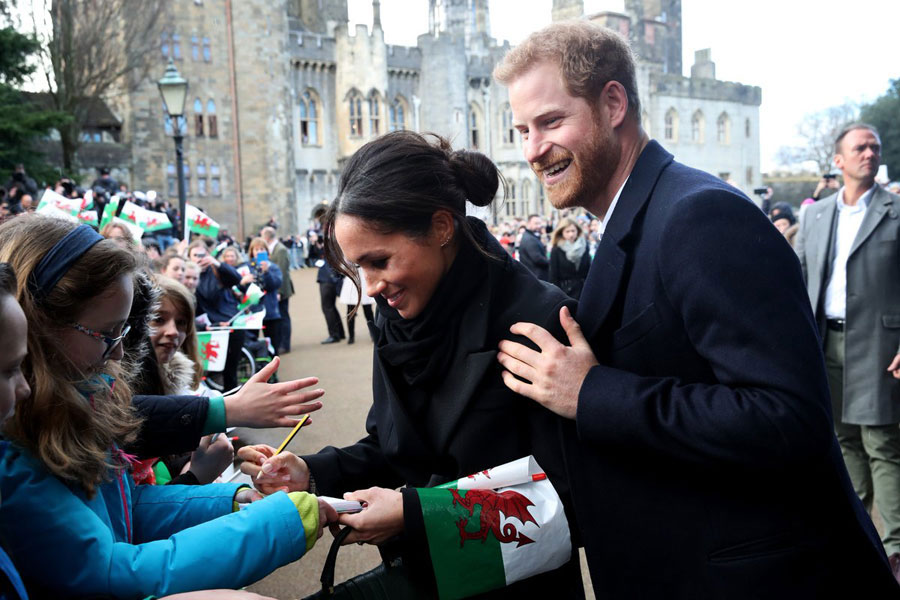 The bride-to-be received a warm welcome in the Welsh capital as she embarked on the first leg of her cross-UK tour.

We love a man who keeps his word.

Prince Harry, 33, is following through on the promise he made to his American fiancée, 36, to travel across the UK in the months leading up to their May 19 nuptials (aka. the television event of the year!).

First stop was the 2,000-year-old Cardiff Castle—she best get used to those stately piles—where the pair received a rapturous welcome, as royal fans reached out to hug, shake hands and, in at least one instance, kiss her hand. It looks like there’s some truth behind the media’s descriptor of “Meghan Mania” as the crowd of hundreds lined up for more than seven hours in the hopes of catching a glimpse of Harkle (I’m really trying to get this name to catch on!).

As usual, Markle seemed perfectly at ease while engaging with the crowds. No doubt that acting career has come in handy!

She and Prince Harry’s last outing was in Brixton on Jan. 9, and they are expected to appear in several more public engagements leading up to their wedding at St. George’s Chapel in Windsor Castle.