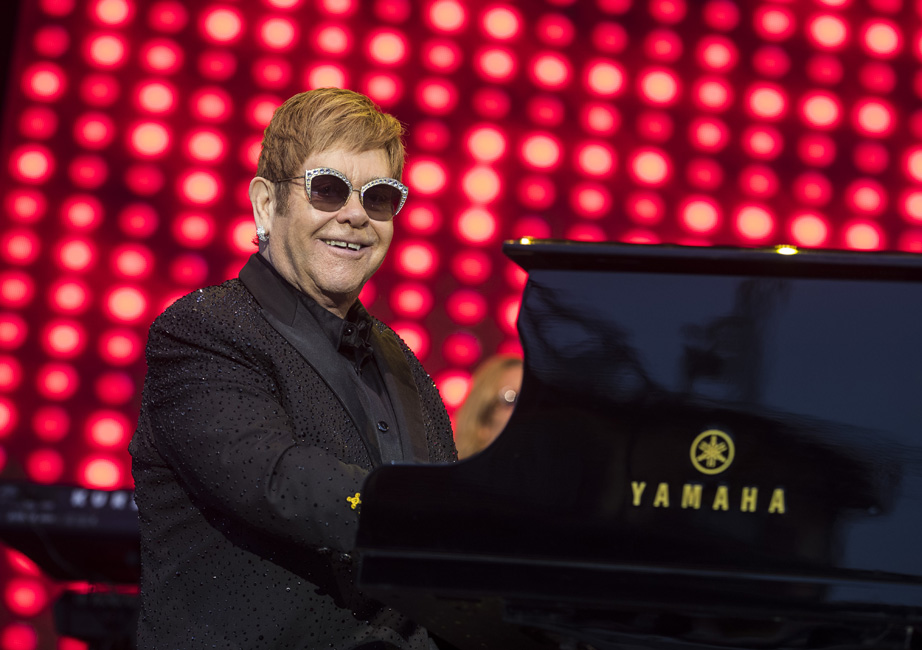 Rock legend Elton John opened up about his creative future today during an interview with Anderson Cooper in New York: he’s still standing, but he’s no longer touring.

The 70-year-old star announced he’ll embark on one final world tour — a three year, 300 date trek — before hanging up his sequined suits for good.

It’s a fair call for the Rocket Man to make, given he’s technically been performing live since his mid-teens, when he’d play pubs back in his English hometown of Pinner, Middlesex. He moved on to become the keyboard player for the band Bluesology before being brought together with lyricist Bernie Taupin in 1967 through an ad put out by Liberty Records looking for songwriters. A musical partnership on par with Lennon/McCartney, Jagger/Richards and other legendary song writing duos, the next 50 years saw the pair compose some of the most popular rock tunes in history, wracking up more than 300 million album sales and launching Sir Elton into the company of the most successful musical artists of all time.

He’s also written hit Disney and Broadway musicals – The Lion King, Aida and Billy Elliot to name a few – for which he’s won an Oscar and a Tony Award to go along with the five Grammys and countless other honours that line his trophy case. In recent years Elton’s also taken up a Caesar’s Palace Las Vegas residency – The Million Dollar Piano, which wraps up this May – and appeared in the 2017 film Kingsman: The Golden Circle. In addition, as the BBC notes, “He is currently working on a Broadway musical based on The Devil Wears Prada, as well as the live action version of Disney’s The Lion King and the animation Sherlock Gnomes, produced by his own production company.” That is to say, touring aside, Elton is a busy man.

Given the fact that he’s circled the globe countless times on tour over the last five decades, you can’t blame him for wanting to slow down and spend more time with his loved ones — especially given incidents like the serious bacterial infection he contracted last year after a South American tour that forced him to cancel shows. And unlike fellow music legend Neil Diamond, who announced earlier this week that he’d be retiring from touring due to a recent Parkinson’s Diagnosis, Elton fans can at least rest easy knowing Captain Fantastic is going out on his own terms – a privilege he’s undeniably earned.

It’s difficult, though, not to feel a tinge of disappointment when hearing the news. I guess that’s why they call it the blues.