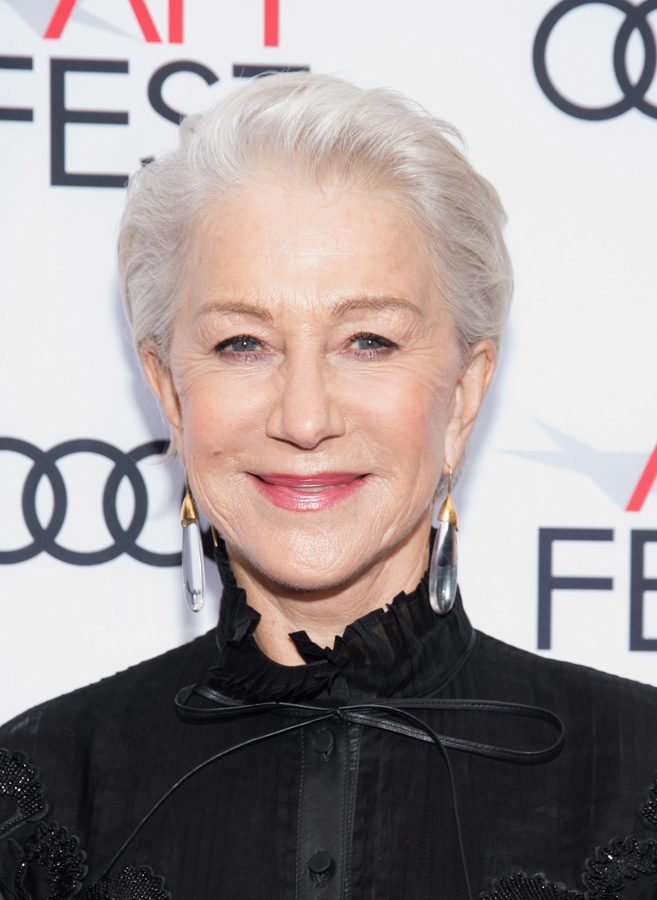 Yes, you read the headline right – Helen Mirren can rap. It’s not the sort of accolade she likely envisioned when she kicked off her acting career decades ago with the Royal Shakespeare Company, but her prowess on the mic probably shouldn’t come as a surprise given she’s basically great at everything she does.

Still, even though it’s all tongue in cheek fun, when the 72-year-old Oscar winner took the Late Late Show stage to spit rhymes with host James Corden in a segment called Drop The Mic, as seen in the video above, even her fans (Mirren Maniacs?) couldn’t be certain she was up to the task.

The rules of the Drop the Mic rap battle are simple – take the stage opposite your opponent and exchange cutting verses, trying your best to lyrically bully your opponent into submission. Mirren came out swinging, as even before the battle began she demanded Corden “Bow down, James. Bow down. Kneel, baby. Kneel.”

The pair then took turns unloading on each other, with the talk show host, who is also British, taking shots at both Mirren’s resume and her accent (“Helen was impressive, that’s a real change / Played the Queen six times, wow that’s real range / And now everyone thinks you’re classy, but it’s all for show / The accent only sounds smart, trust me, I know”). He also compared her, unfavourably, to other acclaimed actresses like Meryl Streep, Dame Judi Dench and Dame Maggie Smith. But Mirren came prepared. After two solid verses of her own, she went into full “Off with his head” Queen mode and decimated Corden with a final verse that firmly, and decisively, put the host down for good.

“You f*cked up, James / You desperate tater tot / A woman’s worth isn’t credits or who says she’s hot / Boys’ club / Bullshit / I’m done with that crap / You’re welcome for this headline: ‘Helen Mirren Can Rap’ / Compare me to Meryl, Judi, Maggie, but why? / They’re not my competition / They’re my ride or die / See, women are a force to be reckoned with / And I reckon I wrecked you / You’ve been to hell and back, bitch.”