Can We Talk About That Controversial Quincy Jones Interview For a Minute? 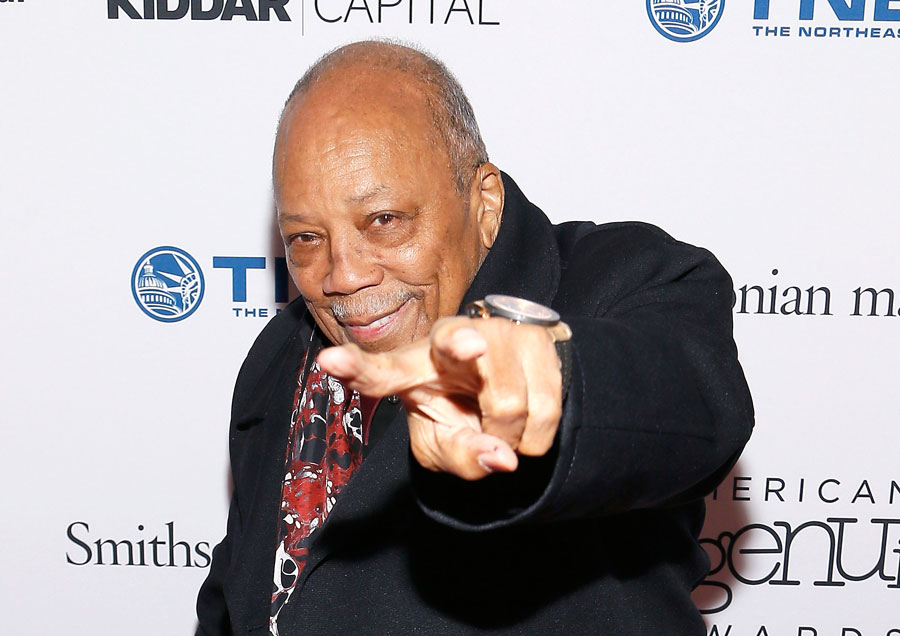 Stop whatever you’re doing because legendary music producer Quincy Jones just dropped a whole lot of bombshells on an unsuspecting audience (that would be us, dear readers). Trust me — you’re going to want to check this out.

The 28-time Grammy winner, sat down with Vulture journalist David Marchese ahead of his 85th birthday for an interview that “broke the internet” (as the kids say) when it hit social media.

The music mogul, who was promoting an upcoming Netflix documentary and CBS special hosted by Oprah Winfrey, sent the online world reeling with his no-holds-barred chat. “All I’ve ever done is tell the truth,” Jones told Marchese. “I’ve got nothing to be scared of, man.”

You would hope not, given the litany of controversial statements he’s given of late.

In January, Jones made headlines with his GQ profile in which he talked candidly about narrowly avoiding murder in the infamous Manson Family killings, the cocaine habits of Adolf Hilter and playing the peacemaker in a vicious feud between Prince and Michael Jackson.

Now, with this week’s Vulture interview, Jones and Marchese cover topics spanning everything from who killed John F. Kennedy (Italian-American mobster Salvatore “Sam” Giancana), Marlon Brando’s voracious sexual appetite (“He’d f*ck a mailbox. James Baldwin. Richard Pryor. Marvin Gaye”) and his opinion of the Beatles (in which he calls the Fab Four the “worst musicians in the world”).

Oh, and before I forget, he also claims to have gone on at least one date with Ivanka Trump, Donald Trump’s 36-year-old daughter. Jones describes the 2006 encounter: “Tommy Hilfiger, who was working with my daughter Kidada, said, ‘Ivanka wants to have dinner with you.’ I said, ‘No problem. She’s a fine motherf*ker.’ She had the most beautiful legs I ever saw in my life. Wrong father, though.”

Quincy had a few choice words for the 45th President of the United States, too. “I used to hang out with him,” he says. “He’s a crazy motherf*ker. Limited mentally — a megalomaniac, narcissistic. I can’t stand him.”