Meghan Markle Looked Perfect in Plaid During Tour of Edinburgh 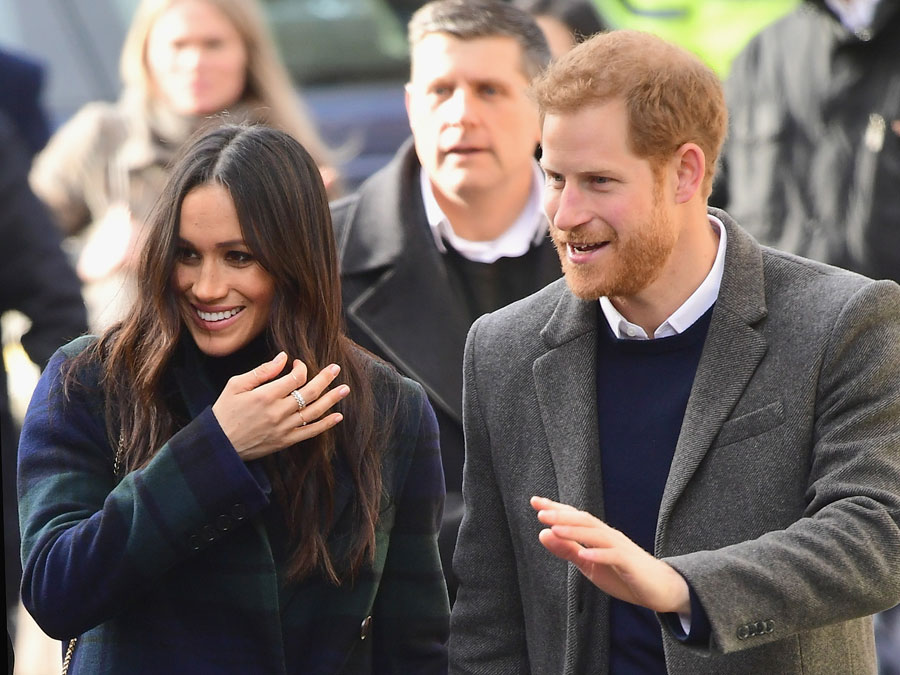 The American beauty and her royal fiancé received a warm welcome during their pre-Valentine’s Day jaunt to Edinburgh.

A mere 24 hours after (finally!) sharing their wedding plans with the public, everyone’s favourite couple made their first official visit to Scotland together.

Arriving in Edinburgh alongside dashing fiancé Prince Harry, Markle paid tribute to the host country with her stunning coat — a Burberry double-breasted tartan wool and cashmere-blend. And, boy, does she look terrific in tartan!

As an additional touch, she carried a green bag from Strathberry, an Edinburgh-based brand.

The couple, who have three months to go before they exchange vows on May 19, arrived around noon to the sound of buoyant cheers. The pair then headed to the Esplanade in front of the historic Edinburgh Castle, where they received a ceremonious welcome by the Royal Marines Scotland Band.

Their next engagement took them to Social Bite, a business and café that distributes more than 100,000 items of food and hot drinks to homeless people each year, as well as employing people who have once experienced homelessness themselves.

This recent visit to the Scottish capital is the fourth official appearance the couple have made together since announcing their engagement on Nov. 27. It follows trips to Nottingham, Brixton and Cardiff — all of which are part of Prince Harry’s promise to introduce his bride-to-be to as many locals and charities around the U.K. as possible in the lead-up to their big day.