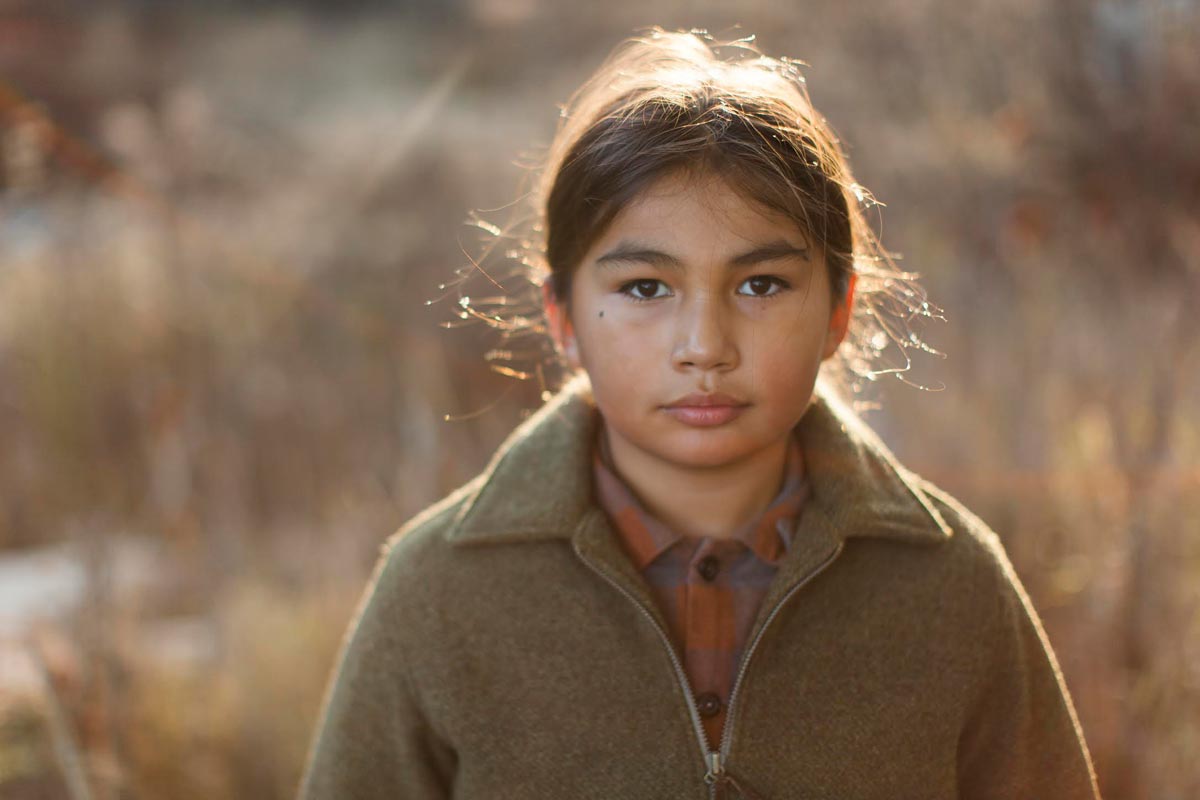 In theatres April 13.  Indian Horse, based on Richard Wagamese’s novel by the same name, traces Saul Indian Horse’s perilous journey and struggle to recover his spirit.

Hockey had been Saul’s lifeline, but as hundreds of miniature toy Indians thrown by jeering spectators cascade around him on the ice, he is done, sick to death of the racism that had poisoned his life.

It isn’t lost on him that as a sensation on the Toronto Monarchs, a major league farm team, he is portrayed in the press as a freak, a savage, a cartoonish warrior – an alien among white players – and his almost otherworldly talent is now a target for haters. It’s just not worth the pain that cuts right to his soul.

Indian Horse, Elevation Pictures’ feature film based on the late Richard Wagamese’s novel by the same name, traces Saul’s perilous journey and struggle to recover his spirit. It’s an eye-opening depiction of remorseless power loosed on a vulnerable people – something Canadians will recognize through the painful testaments to the Truth and Reconciliation Commission, which reported in 2015. Though fictional, truth uneasily haunts the film.

In her first film role, Edna Manitowabi, 77, professor emerita of Trent University’s indigenous studies department, plays Saul’s grandmother, Naomi, who tries to save her grandsons from St. Jerome’s residential school by leading their family to their Anishnaabe ancestral land “where white men can’t find the boys.” But Saul’s brother, who fell ill at the school before running back home, dies at the camp and ironically, his parents leave with his body to find a priest who will help him enter heaven. “Look after Saul,” his father calls out as they paddle off.

The boy never sees them again.

When director Steve Campanelli asked Manitowabi to wail at the older boy’s death, she didn’t need much coaching. “I drew on memories – I pulled them out of my body … memories that are lodged in your psyche that you don’t forget.” She thought of her mother’s face as she put her – a six-year-old and youngest of nine children – on a bus bound for residential school. “I wailed imagining how she must’ve felt to have her baby taken from her, and being robbed of having the responsibility to be a parent. She never had that opportunity – they took all of her children and then when we did come back, we were messed up,” she says.

In the film, young Saul inevitably ends up at St. Jerome’s, where the first demand is a bath and a haircut. Manitowabi remembers her own shocking introduction to such a school.

“They just saw us as dirty little Indians. You’re nothing; you need to be scrubbed. At the time it was devastating.”

Worse was the haircut. “I remember my mother combing and brushing and braiding my hair and talking to me as she worked on my hair. Then to have it severed like that at this school, it just felt as though something was severed – something was cut off, and it wasn’t just my relationship with family, it was with culture, with language, with my connections – a sense that my spirit was severed.”

For the film, Sladen Peltier (pictured above), who played seven-year-old Saul, gave up his own long braid, but unlike Manitowabi’s traumatic experience, a respectful Anishnaabe ceremony was held for Peltier before the scene was shot. Later, two braids were made for his parents and the remaining hair donated to the Canadian Cancer Society.

No such respect occurs in the fictional school. Fear rules. Children receive beatings for speaking their own language or objecting to being called by a biblical name; they are shamed for wetting their beds, for longing for family and home, and their culture is dismissed. Later, we realize there has been sexual abuse. One frantic little girl, punished with confinement to a crate in a dark basement injures herself so badly she dies. Saul witnesses her despondent older sister kill herself at her grave.

No wonder the boy seeks freedom on the ice. He begs young, less strict Father Gaston to let him him clear the school’s makeshift hockey rink, then secretly learns to skate, practises shooting with frozen horse manure “pucks” and becomes uncannily adept at the game – and he and his teammates actually have fun.

Years on, hockey offers an escape from the oppressive school. Recruited for the Moose, a native junior-level team in the mining town of Manitouwadge, teenaged Saul (played by Forrest Goodyear) finally has a chance to go to a regular school and live with the coach’s welcoming family. (Manitouwadge means “Cave of the Great Spirit” and coincidently is the birthplace of Mike Babcock, currently coach of the Toronto Maple Leafs.)

The Moose are tough and local white teams resent losing to them, but six years later, Saul (now portrayed by Adjuawak Kapashesit) joins the Toronto Monarchs. Perhaps recognizing what’s in store, he’s not keen to leave, but the Moose urge him to go and “give it a shot for all of us.”

In the big city, racial taunts overwhelm him, anger takes over and he racks up penalties and finally quits. “I don’t have dreams anymore,” he says bitterly. “Hockey isn’t the way to a better life. There is no better life,” he says. “There never will be.”

Five years later, he’s nearly killed himself with alcohol. “Down is the only direction I know by heart,” he admits. Yet the advice of the leader of a therapy group Saul is reluctantly attending resonates. “Find a place where you can weep … the silence is killing you.” Only by facing up to his past does the healing begin.

Manitowabi’s journey to recover her own culture – her true self – began more than 50 years ago with the first sound and vibration of a drum in her community of Wikwemikong Unceded Reserve on Manitoulin Island in Ontario.

“It made a very, very powerful impact on me. It awakened something inside of me that had been silent for so long. I connected to my spirit … to my soul … to my inner core.” But she didn’t act until the 1970s when a ceremonial drum unleashed a waterfall of tears. “I sobbed and sobbed, but there was a sense of home,” she says.

A lifelong quest began for roots and identity – for the language, ceremonies, stories and dances of the ancestors that had been denied Indigenous people. She notes that Indian Horse, which opens on April 13, 2018, across Canada, may be a difficult film to watch, but that it’s important to tell these stories.

“It’s our historical trauma, our truth. It was something that was hidden and the church and government worked hand-in-hand, because we were in the way, actually.” And she wants her descendants to know this history so that they will not allow such things to happen to their children.

Early in Indian Horse, grandmother Naomi and Saul struggle through the forest in a desperate effort to find a road and safety. While urging Saul to find the road, Manitowabi says she envisioned it as “symbolic of our indigenous road, our indigen-aity,” which Indigenous young people must travel to find their culture.

And she thinks something has shifted in their favour. “Something is happening. I have felt the darkness – in our history, 500 years of darkness – and now we are coming into light. Because things that have happened are so wrong … people have to pay attention. But there is compassion in our country. I have faith that mainstream [settler society] has compassion and they feel and they see the injustice.”

And so, Manitowabi adds, “I have to keep encouraging young people to get up and dance and tell their stories, sound their voices – that’s the vibration of that drum – to bring out that sound and to celebrate.”

Indian Horse, in theatres April 13, 2018, has been particularly popular with film festival audiences, collecting several awards. Sladen Peltier (young Saul) received a Canadian Screen Award nomination for his performance as an actor in a supporting role. Screenwriter Dennis Foon is a finalist in the feature film category for the 2018 Writers Guild of Canada Screenwriting Awards, which will be announced on April 30, 2018.