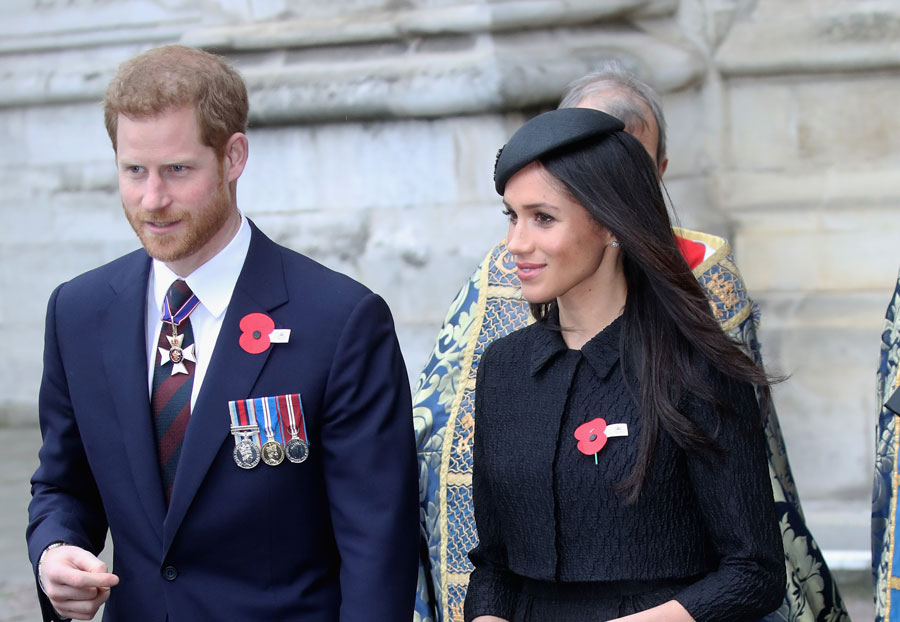 In the lead-up to the Royal Wedding (less than a month to go!), there are no signs of slowing down for power couple Prince Harry and Meghan Markle.

While you were sleeping, the busy pair were up at the crack of dawn to attend an Anzac Day memorial service on April 25.

Harry, himself a former Army officer who served in Afghanistan and Iraq, paid special tribute to fallen war veterans during the Anzac Day service, which commemorates members of the Australian and New Zealand Army Corps (ANZAC) who fought at Gallipoli against the Ottoman Empire during the First World War.

The emotional ceremony, which included readings and a moment of silence, took place at Wellington Arch in London. Harry quietly laid a wreath and signed a book of remembrance as Meghan looked on. The former actress even wore a poppy in honour of those who died in the war.

Curiously, Harry opted to forgo his military uniform for civilian clothes — although, the prince did wear his medals. For those wondering, Harry wears an Afghanistan Campaign Medal, Queen’s Golden Jubilee Medal and Queen’s Diamond Jubilee Medal, while the badge around his neck recognizes he is a Knight Commander of the Royal Victorian Order.

After the service, the couple headed to Westminster Abbey for the Anzac Day church service, where they met up with Prince William, who left his two-day-old son at home with his wife, the Duchess of Cambridge.

Anzac Day is a significant one for the Royal Family. A particularly memorable one for Harry took place in April 2015 when he accompanied his father, Prince Charles, to Turkey for the 100th anniversary of the Gallipoli campaign.

We all know issues facing veterans is a cause close to Harry’s heart. In 2014, he launched the Invictus Games for wounded and recovering servicemen and women across the globe. The inaugural event, which kicked off in London, has since taken place in Orlando and Toronto. This year’s games will take place in Sydney in October — and will no doubt feature Harry and Meghan cheering in the stands.