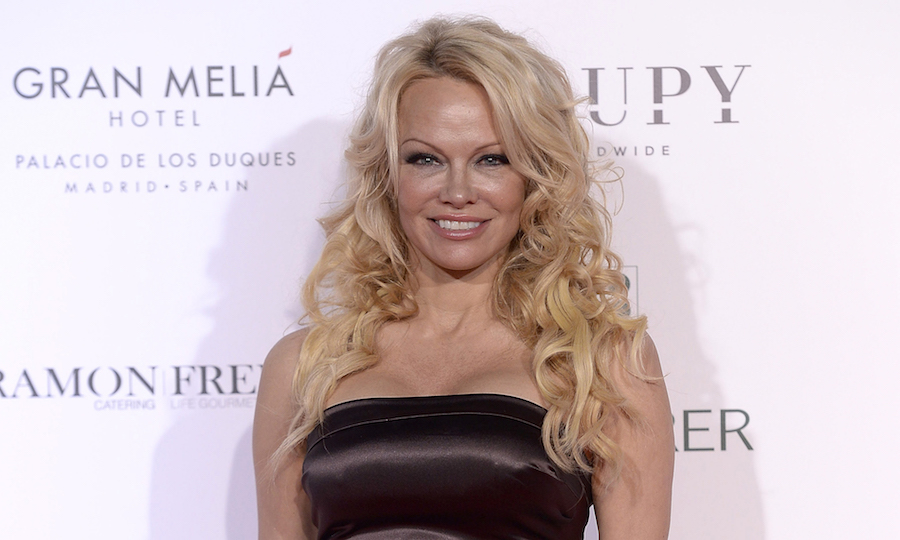 : Pamela Anderson attends the III Global Gift Gala at the Thyssen-Bornemisza Musseum on March 22, 2018 in Madrid, Spain. (Photo by Fotonoticias/WireImage)

Bombshell Pamela Anderson, who turns 51 on Canada Day, has been making a splash recently — and we’re not talking that lacklustre Baywatch reboot last summer. No, our girl Pam has traded her Malibu lifestyle for a European model and with the change in locale, has come a new circle of globe trotting friends and influencers; politicians, magicians and one man on the lam.

According to the Hollywood Reporter, since Anderson’s two adult sons have flown the coop, she has been touring Europe as a magician’s assistant, hosting dinner parties with her French soccer boyfriend Adil Rami, 32 (with French President Macron’s wife Brigitte being 24 years old, it’s a thing to date young men over there), speaking out for animal rights, endangered species and other environmental causes including one controversial and high-profile talk at the Kremlin as a guest of…Vladimir Putin. Perhaps most surprising is Anderson’s apparently close friendship with WikiLeaks founder Julian Assange, who has been hiding out at the Ecuadorean embassy for the last six years to avoid extradition to Sweden and the United States.

Add to this a slate of new films she’s making in France  and Canada’s favourite blonde girl next door is having a busy summer.