It Will Rock You: Check Out the Trailer for the Upcoming Queen Biopic ‘Bohemian Rhapsody’ 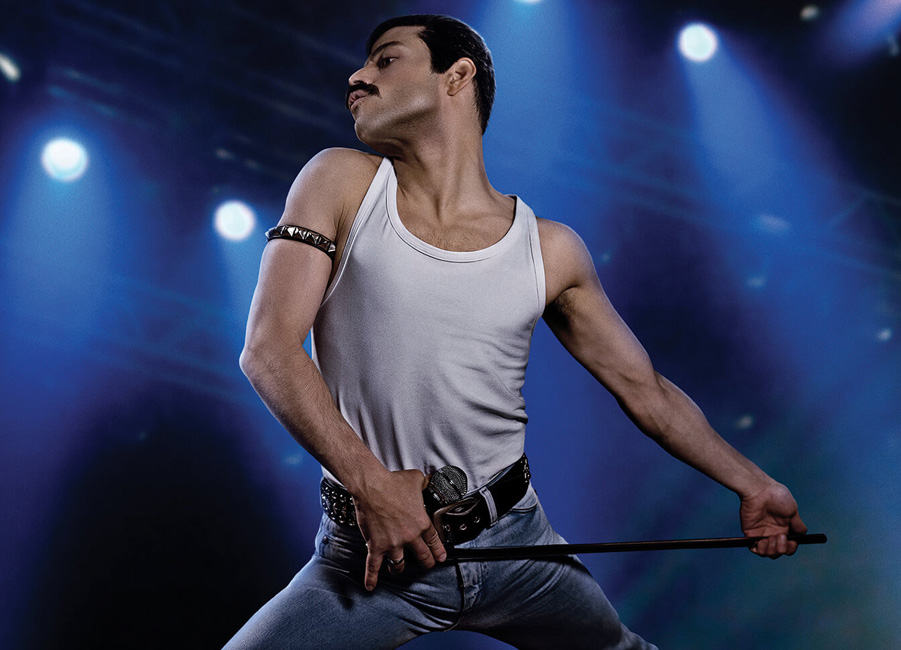 This week (May 15), 20th Century Fox released a teaser trailer for Bohemian Rhapsody, above, the upcoming biopic of the legendary rock band Queen and it is — pun very much intended — a kind of magic.

The film, which recounts the 15 years from the band’s genesis to its 1985 Live Aid performance, features Mr. Robot star Rami Malek as Freddie Mercury, complete with fake overbite, flowing 1970s locks and bang-on mannerisms — no small feat given Mercury falls in a category with the likes of Mick Jagger and David Bowie as utterly original and virtually impossible to duplicate rock legends.

The trailer, meanwhile, is only a minute and a half in length but it makes clear that this is a light-hearted, musical romp meant to celebrate the band, their unique personalities and their pop culture contributions. There’s no hint of Mercury’s battle with AIDS and subsequent passing (which takes place six years after the film’s timeline), though some infighting within the band is hinted at.

The music, in particular, is masterfully handled in the trailer. Sure, you could just hit “Play” on a copy of Queen’s Greatest Hits and run it over the visuals of the film, but Bohemian Rhapsody goes one further, blending vocals and instrumentals from various Queen tracks — from the title song to “We Will Rock You,” “Another One Bites the Dust” and “Killer Queen” — and playing them over each other to create familiar yet tantalizingly original takes on oft-played rock classics.

And that’s the challenge with a film about one of the world’s most famous bands — how do you tell the story without making it a karaoke session with re-enactments of real-life events in between tunes?

Aside from that clever take on the music — which hopefully carries over in some way from the trailer to the film — the dialogue includes tongue-in-cheek exchanges and feisty one-liners.

Take, for example, the scene depicting actor Gwilym Lee as Queen guitarist Brian May. He’s in the studio and clearly playing the guitar section on “Bohemian Rhapsody” for the first time. He delivers a familiar riff and then pauses in silence and asks Mercury, who is in the production booth, “So now what?” Mercury grins and leans in to answer, “This is when the operatic section comes in.” May smiles back, clearly a bit hesitant, yet trusting in Mercury’s judgement, and nods, “Ah, the operatic section. Yeah.”

And in another scene, a record exec pans the title track after listening to it in his office, complaining to the band, “It goes on forever; six bloody minutes,” to which Mercury quips, “I pity your wife if you think six minutes is forever.” (As a side note, the record exec’s English accent sounds suspiciously like Austin Powers, and Mike Myers, who played the goofy spy, has an as-of-yet un-credited role in the film, so…)

Now, did that exchange between the record exec and Mercury actually happen in real life? Probably not — or at least not it those words. But that’s not the point. From what we’ve seen so far the film, penned by Anthony McCarten — the Oscar-nominated screenwriter behind The Theory of Everything and Darkest Hour — and helmed by Eddie the Eagle director Dexter Fletcher (after the original director, Bryan Singer, was fired) is clearly aiming to present a biopic of Queen as a rollicking musical romp with a clear narrative, humour, pageantry and spectacle grounded in a second-to-none soundtrack.

If the trailer is any indication, this film will, undoubtedly, rock us.