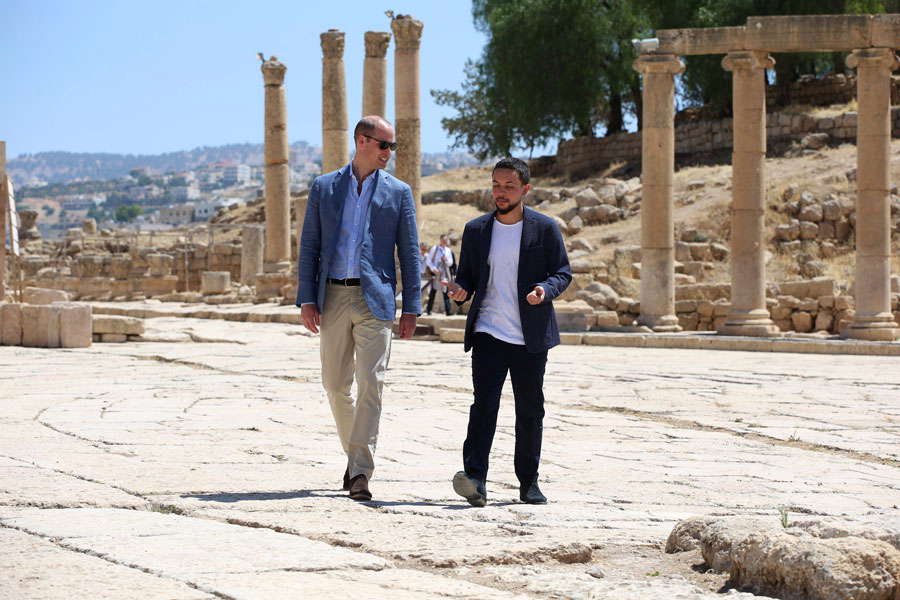 It’s been a hectic year for the Royal Family, what with all the weddings and babies and anniversaries. It’s somewhat understandable, then, that a certain five-day overseas event has flown somewhat under the radar as a result — despite its historical significance and four years of planning.

On Sunday, Prince William, second in line to the British throne, landed in Jordan for a “non-political” tour of the Middle East in which he will balance duties both royal and diplomatic.

Kensington Palace issued a statement ahead of the trip, stating it was “the first official tour [of the Middle East] on behalf of the government by a member of the royal family … The nonpolitical nature of His Royal Highness’s role — in common with all royal visits overseas — allows a spotlight to be brought to bear on the people of the region: their cultures, their young people, their aspirations, and their experiences.”

According to numerous British news outlets, the historic trip was years in the making and was originally scheduled to be performed by Prince Harry, but his wedding to Meghan Markle, Duchess of Sussex, created numerous scheduling problems and it was ultimately reassigned to the future king.

William, who turned 36 last week, was welcomed in Jordan by 23-year-old Crown Prince Hussein, who will host William during his two-day stay in the country. The royal is also expected to visit Israel and the Palestinian territories — places once controlled by Britain for decades after the First World War.

Catherine, Duchess of Cambridge did not accompany her husband overseas. Kate remains in London on maternity leave from royal duties since the April birth of her third child, Prince Louis. (We’ll see little Louis again soon when the family celebrates his christening on July 9.)

In a speech delivered on Monday, William said Kate wished she could’ve been there with him, as she had lived in Jordan for years with her family. She “is very sorry she cannot be here with me so soon after the birth of our son Louis, but her family remembers very fondly the almost three years she spent here as a child when her father worked for British Airways in Amman,” the royal said.

In Jordan, Israel and the Palestinian territories, William will mingle with young entrepreneurs, inspect tech and media sectors, visit famous archaeological sites and meet with senior political and religious leaders, as well as leaders in business, the arts and other industries.

The prince’s trek to Israel is especially significant as it will mark the first time a member of the British Royal Family has visited the country on behalf of the U.K. government.

Prince William’s visit to the Middle East concludes on Thursday.