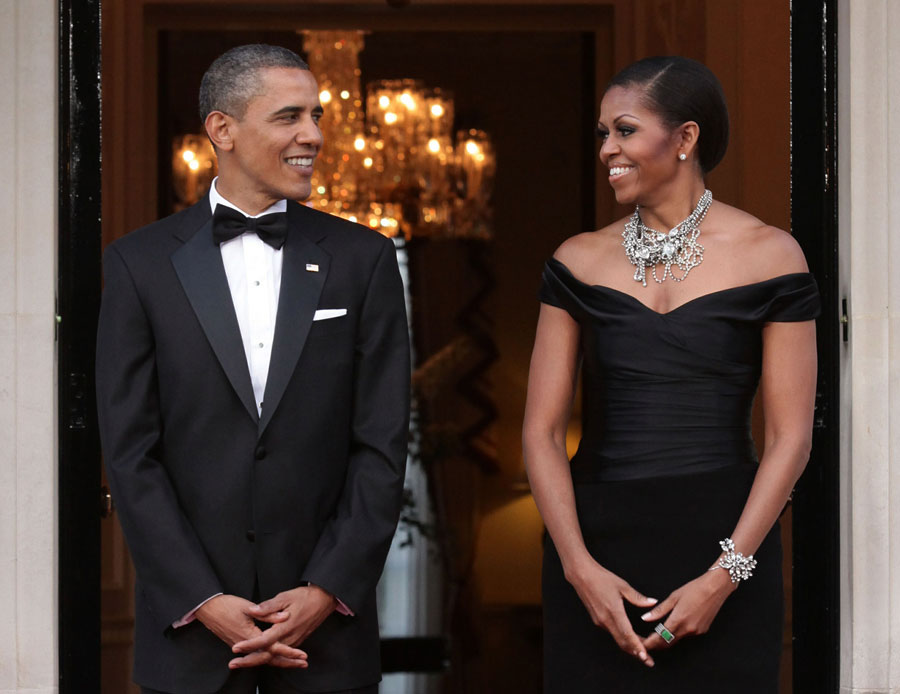 Former President Barack Obama and first lady Michelle Obama were spotted jamming out at a Jay-Z and Beyoncé concert near Washington, DC, on Saturday evening.

Fans watching the concert at the FedEx Field turned their smart phones away from the husband and wife duo on stage to catch the ultimate power couple on camera as they bopped along to a Jay-Z song from their box seats.

Michelle Obama also attended a Beyoncé and Jay-Z concert in Paris two weeks ago, where she was filmed dancing with Beyoncé’s mother, Tina Knowles Lawson. Obama’s daughter, Sasha, was in attendance as well.

The sighting, though, isn’t all that surprising. The Obamas and the Carters actually go way back. Beyoncé performed at the first couple’s inaugural dance in 2009, at Obama’s inauguration in 2013 and even performed at Michelle Obama’s 50th birthday celebration at the White House. The former first Lady also enlisted Beyoncé to help promote her “Let’s Move” campaign, which was created to fight childhood obesity.

Barack Obama isn’t just a casual Jay-Z fan, either. In November 2008 the performing artist and business mogul campaigned for Obama, urging young black Americans to get out and vote. “Rosa Parks sat so that Martin Luther King could walk. Martin Luther King walked so that Obama could run. Obama’s running so that we all can fly,” Jay-Z told the audience on a campaign trail in Virginia.

Obama has even given a hint as to why he and Jay-Z have taken a liking to one another. “We both have daughters and our wives are more popular than we are. So we’ve got a little bond there,” Obama said at a campaign fundraiser hosted by Jay-Z and Beyoncé in 2012. Turning his attention to Beyoncé he commended her for the example she sets for his daughters.

“Beyoncé could not be a better role model for our daughters because she carries herself with such class and poise,” he said.