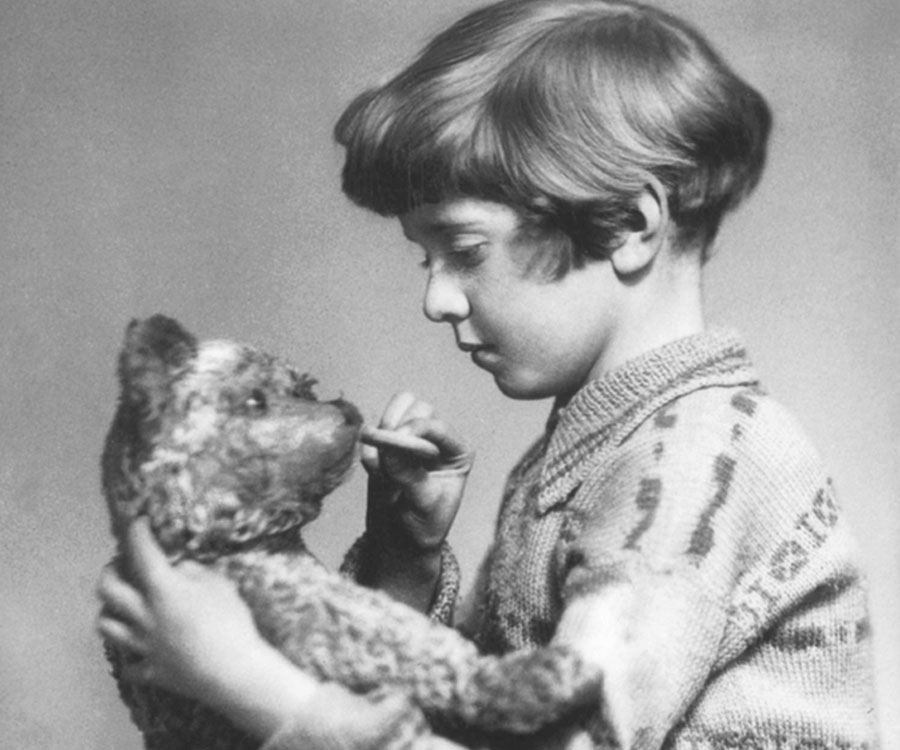 In a quaint philosophical musing one might classify as distinctly “Pooh-ian,” A.A. Milne’s beloved Winnie the Pooh once declared that, “I am not lost, for I know where I am. But however, where I am may be lost.” It’s precisely the sort of predicament in which Pooh’s beloved human friend finds himself in the new film that bares his name — Christopher Robin.

The movie depicts Christopher, played by Ewan McGregor, 47, entrenched firmly in middle age, having traded the carefree Hundred Acre Wood for a demanding desk job that saps him of any remaining sense of imagination (not to mention time with his wife and young daughter).

Cue Pooh — who, along with Tigger, is played by their long-time Disney cartoon voice actor Jim Cummings, 65 — and friends Piglet, Eeyore, Owl, Rabbit, Kanga and Roo, who venture out of the woods and into the city to reignite Christopher’s sense of wonderment.

The character Christopher Robin is, of course, based on Milne’s son of the same name, whose love for Winnie — short for Winnipeg — a Canuck bear donated to the London Zoo by Canadian Army veterinarian Harry Colebourn, inspired the character. His story was told in 2017’s biographical Goodbye Christopher Robin.

Meanwhile, this live-action Disney offering echoes themes from 1991’s Hook, about a middle-aged workaholic Peter Pan, played by the late Robin Williams, who returns to Neverland to confront Captain Hook and, in the process, learns to lighten up. Though the moral is a simple one, such films serve as a welcome reminder that, though we grow older, we mustn’t necessarily grow old.