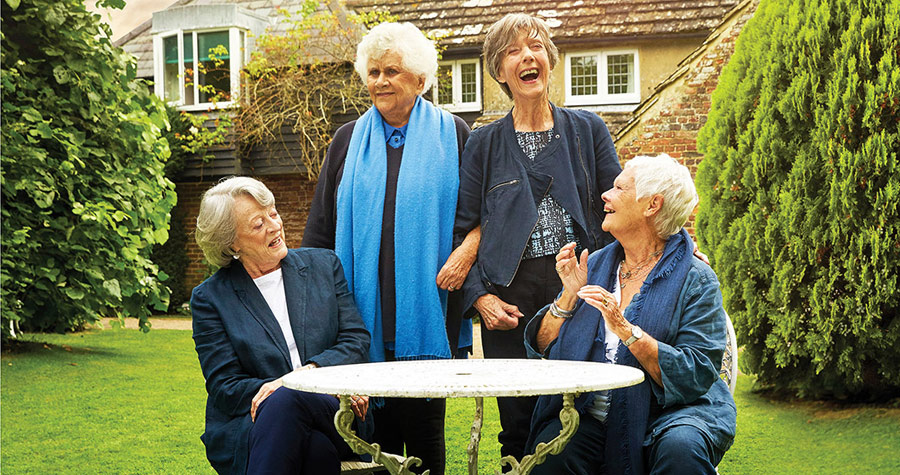 This September, you are cordially invited to spend some quality gossip time with four of the grandest dames in the movie business. And, if the trailer for Roger Michell’s documentary, Tea with Dames, is any indication, it’ll be an uproariously good time, too.

The film follows acting legends Judi Dench, 83, Joan Plowright, 88, Eileen Atkins, 84, and Maggie Smith, 83, for a day as they enjoy a spot of tea while revisiting their career highs and lows, and what it means to be a woman in show business.

But there appears to be plenty of room for fun, too, as indicated by Dench’s cheeky F-bomb when Michell asks the women to talk about getting “old.”

“F*** off, Roger!” Dench shouts in response, much to the delight of her co-stars.

But thought-provoking discussions on aging aren’t entirely off the table, as when Plowright asks Dench to tell everyone what she told a member of production before joining the 1987 National Theatre production of Antony and Cleopatra: “[I said] ‘Are you sure you want a menopausal to play this part?’” Dench recalls to gales of laughter from Plowright, Atkins and Smith.

Amid all the talk about iconic roles, past husbands and friendships, Plowright ultimately says what appears to be on everyone’s mind near the end of the clip: “Do you think we ought to have a glass of champagne ’round this one?”

Cheers, ladies! We’ll see you at the theatre.

Tea with the Dames is in theaters on Sept. 21. Watch the full trailer above.