Why Burt Reynolds Had a Generational Kind Of Cool 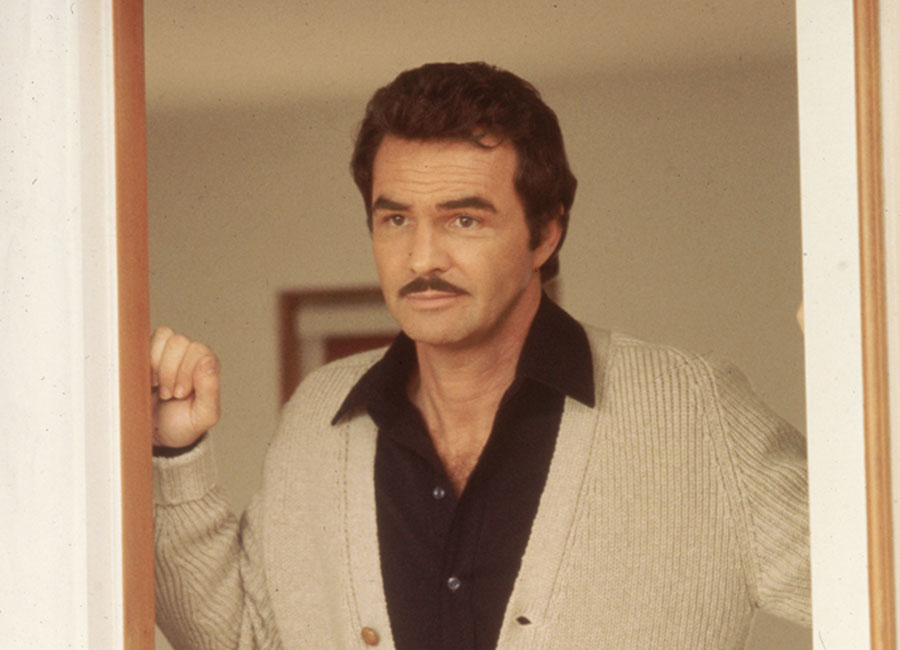 Style is about more than clothing — and Burt Reynolds had style buck naked.

In fact, propped up on his elbow in his famous 1972 Cosmo nude centrefold, he crafted an image so vivid that anyone who was alive at the time can still summon to mind that smirk, chomping on a cigar.

He left the plain white T-shirts and leather motorcycle jackets to Brando and Dean. No brooding Heathcliffe, Reynolds led with his cocky charm. He was the guy you knew was gonna love you and leave you and you’d take it.

Coming of age on TV westerns, including Gunsmoke, Reynolds wore bronzer to look the part of his half-Comanche character. He let people believe he was part Cherokee in real life; no one knows if that is entirely true. He belongs to a time where backstories can be smoke and mirrors.

By the time he became the biggest sex symbol of the 70s, courtesy of his breakthrough role in Deliverance, Reynolds knew he had crafted a persona for himself, oozing confidence and cracking wise.

And he stuck to the image of what the people expected, for the most part.

He parlayed that charisma into box-office magic with Smokey and the Bandit, wearing that be-feathered cowboy hat with aplomb. No matter how silly the costume, Reynolds slipped into it and made it cool. But it was his banter in that film with America’s sweetheart, Sally Field, that gave him and his screen alter ego depth. As the hitchhiker joining the bandit for the world’s most epic beer run, Field brought Reynold’s soft side to the fore.

Reynolds was a man’s man and a ladies’ man at the same time. His back-to-back football movies — The Longest Yard and Semi-Tough, were another example of Reynolds playing to type. He was a gridiron player himself, though his hopes of reaching the NFL were shattered by an injury during his time at Florida State. It was in The Longest Yard that Reynolds single-handedly made sideburns cool.

But of course it is his mustache that is Reynold’s biggest contribution to Hollywood iconography. He inspired a generation of wannabe lotharios to emulate his hairy upper lip in the hopes that it would imbue them with his magic pickup powers.

Living the Hollywood high-life, Reynolds was part of the last phase of the studio system. In the time before the paparazzi staked out all of the gyms in Los Angeles and before celebrities flocked Nobu Malibu to raise their profile, Reynolds knew how to work an event.

Slick in flared suits with the collars open to his navel, he offered a spray of visible chest hair at every photo op. From Dinah Shore to Sally Field and Loni Anderson, photos of Reynolds most often show him accessorized with a gorgeous gal on his arm.

Think of the flaccid male sex symbols of today, with their carefully maintained exactly three-days-worth of stubble, their done-undone bedhead locks. Burt Reynolds went in for grand and showy, a peacock with coiffed hair. He embodied hedonism and could release pheromones into a movie theatre.

But it was his ability to make fun of himself that made him so endearing. My favourite Reynolds film is The End, which is an unusual choice in that it was critically panned. But watching Reynolds — who directed himself in this black comedy — ham it up and chew scenery as he tries and fails to commit suicide in a series of clunky capers, is cinema gold.

Later in life, Reynolds took to wearing rose-coloured glasses. In fact, he made sunglasses of many colours his signature look. A smooth move for a guy who had crafted his image so carefully. They added just the right touch of flair and insouciance, which distracted us from his increasing frailty.

He was enjoying a renaissance in his career, set to join the starry ensemble in Quentin Tarentino’s Once Upon a Time in Hollywood. His last film, The Last Movie Star, was released earlier this year, which features Reynolds in full grey beard, looking — for the first time in his career — more distinguished than suave. He always could give good poignant under the playful.

Burt Reynolds managed to look cool without looking vain. He made fun of himself before anyone else could. But it was the charm that rested so easily on his shoulders that drew the world to him. That’s old-school style.