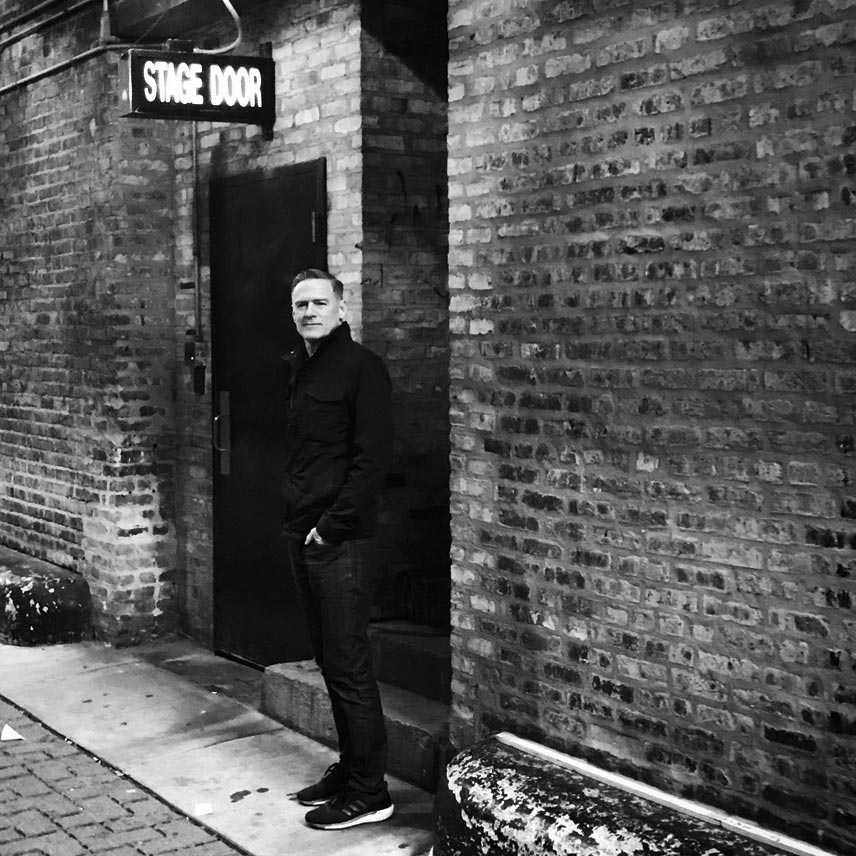 As if floating on a cloud of late ’80s nostalgia, a poster for Pretty Woman: The Musical hangs high above the Nederlander Theatre on West 41st Street in New York City, where it opened in August. The 1990 Gary Marshall-directed Hollywood smash from Disney that cemented Richard Gere’s leading man status and catapulted Julia Roberts into a bright, undimming stardom, has been reimagined for Broadway.

Almost three decades later, the musical’s poster echoes that of the film. You remember the one, where Gere’s character Edward Lewis – the greed-is-good corporate raider in search of his soul – stands back to back with Robert’s Vivian Ward, the effervescent and magically wholesome hooker with a heart of gold, who playfully tugs on his tie. Except in the movie’s version, Vivian is clad in her working garb, all fleshy cutouts and naughty thigh-high boots while, in the musical’s version, Vivian is all covered up in the rich lady red gown and white opera gloves she wears during a pivotal moment in the romance after her street-to-chic makeover.

The sunnily subversive feminist bent embedded in the fairy tale is faithfully retained in the stage version. Vivian is no victim but a woman in control of her choices. “We say who, we say when, we say how much” is her and her wing- woman Kit’s mantra, and the happy ending comes after she decides that she is worth “more.”

She is only “rescued” after Edward acquiesces to whatever “more” is, presumably putting a ring on it, in return for Vivian’s emotional rescue of him – ah, true transactional love.

Yet the poster’s wardrobe update is telling. Pretty Woman: The Musical (PWTM) comes at a moment when it’s an understatement to say women are demanding to be seen as much more than the objectifying way just “pretty” implies. And, like a Zeitgeist-y wall of empowerment, a series of signs installed side by side in the lobby of the Nerderlander read Bold Woman, Strong Woman, Funny Woman, Smart Woman, Fierce Woman.

Like Julia Roberts before her, Samantha Barks, who stars as PWTM’s titular character, does a remarkable job of playing Vivian as all those things. But Roberts did not have to sing (if you can describe her Walkman-induced rendition of Prince’s “Kiss” in that memorable bathtub scene as singing). Barks won this iconic role because of, well, “Everything,” emails the Tony Award-winning (Les Cage aux Folles, Kinky Boots) PWTM director and choreographer Jerry Mitchell, who cast her.

“She has an effortlessly stunning quality that makes the audience get on her side immediately,” he raves. “She also has one of the most amazing voices I have ever had the pleasure of directing on any stage.”

During PWTM, you will not hear Barks, an established British talent acclaimed for her turn as Éponine in the film version of Les Miserables, sing “Kiss.” And do not expect the Roy Orbison classic “Pretty Woman,” which became synonymous with the movie when it played during the montage of Vivian’s triumphant shopping spree and strut down Rodeo Drive, to pop up. It won’t be missed, as audiences are treated to a suite of original enveloping new songs through which the unlikely love story unfolds.

“When working on any musical and especially one from a film, the NEW element is the NEW SCORE,” writes Mitchell, the caps his. “Bryan and Jim wrote songs for the characters. That is the difference between a film score and [a] musical libretto.” By Bryan and Jim, Mitchell is, of course, referring to Bryan Adams and Jim Vallance, the legendary Canadian songwriting duo.

“It was a dream of mine from the first time I saw the film in the ’90s,” says Mitchell, on bringing Pretty Woman to Broadway. “I knew it would make a great musical. The perfect Cinderella story,” (giving an interesting bite to Kit’s “Cinder-f***in’-rella” line, which brings down the house). But I digress. Back in 2008, a similar thought inspired Adams to approach Disney, with whom he had a relationship through one of his most enduring hits, “All for Love,” created for another one of the company’s films, The Three Musketeers, and the Robin Williams’ vehicle Old Dogs, for which he did the song, “You’ve Been a Friend to Me.”

“I called and said, ‘Would you ever like to do this in a musical?’ and they said,‘We’re not making that right now,’” Adams tells me when we sit down in Toronto, a stop on his international Ultimate tour. “Fast forward to 2014, and one of my friends who works in Broadway came to see my show in New York and said, ‘You have to do a Broadway musical.’ I said, ‘Well, I tried with Pretty Woman, and it didn’t [happen].’ To which, he goes, ‘They’re making that right now. I’ll connect you to the guy.’” It turned out to be the same “guy” Adams had originally spoken to, who connected him with PWTM’s producer Paula Wagner (Mission Impossible, Marshall), who, in turn, connected Adams to Mitchell for a first meeting in London, which Vallance also attended. “I knew Jim would be the right person, particularly lyrically, he would understand how to make this work.”

That led to another meeting with Mitchell and Wagner. “I told Jim, ‘We’re going to go meet these people in New York, so let’s be prepared,’” Adams continues. “‘Let’s present three songs. So when we walk in, whether they make it into the musical or not, we show we were willing.’” At the “audition,” as Adams calls it, in Mitchell’s apartment, “As I walked in the door, he said to me, ‘You’ve got some big balls coming in here and playing songs for us that I’ve not heard before.’ I said, ‘Hey, if you don’t like them, we don’t use them.’”

Like a Hollywood casting session, after they presented the songs, Mitchell had one thing to say. “You two need to leave so we can talk about you. Bye-bye and go,” Adams recounts. “So Jim and I walked from 53rd down to Soho and, by the time we got there – we were sitting having dinner talking about Broadway and songwriting and how if we got this – and then the phone rang. It was Wagner. ‘Hi, Bryan,’ she said. ‘Well, we’ve talked about you and we want to know if you want the gig,’ and I was like, ‘Hell yeah.’”

Two of those three songs, “Welcome to Hollywood,” a rollicking rock number for the ensemble that kicks off the show, and “Long Way Home,” a stunning ballad sung by Edward and Vivian, made it into the show.

There were three or four other writing teams vying for the coveted job, but Adams and Vallance won out because, as Mitchell puts it, “They write love songs, and this musical needed love songs, rock ’n’ roll love songs.”

With that said, the musical numbers are in a variety of genres from gospel to rap to jazz. “Over a period of two years, we wrote nearly 40 songs to get 20,” says Vallance, who I meet up with in New York days before opening night.

In 2016, the team convened in Chicago, where Mitchell was doing Kinky Boots. “We would start each day around a table with Garry Marshall [who has since passed], Jerry Mitchell, J.F. Lawton [who wrote the film and co-wrote the musical’s book with Marshall], me and Bryan, and we would choose
a song to fill a blank slot in the book. Then Bryan and I would go back to our studio setup, and we’d start to write. We’d have a start and play it for them. If it was right, then everybody would be really thrilled, and we would carry on.”

Adams has already incorporated PWTM tunes into his live show. The song that his Vivian sings in the bathtub scene started the encore at his Toronto concert. “Jim came up with it – she’s in the bathtub go- ing, ‘Woo-woo yeah-yeah,’ and I’m thinking of the song title, and the thought is, ‘Wow, look at me, I’m in this amazing place, I could get used to this.’ So that’s the song title, ‘I Could Get Used to This.’ So it’s coming up with things that are every day thoughts. Let’s make a thought into a song and that’s how it works.”

And work it does. Broadway might just be something Adams and Vallance will have to get used to. Both demurred when I asked about the idea of Summer of ’69: The Musical, but Adams says, “I wish I was stepping into another one straightaway.”