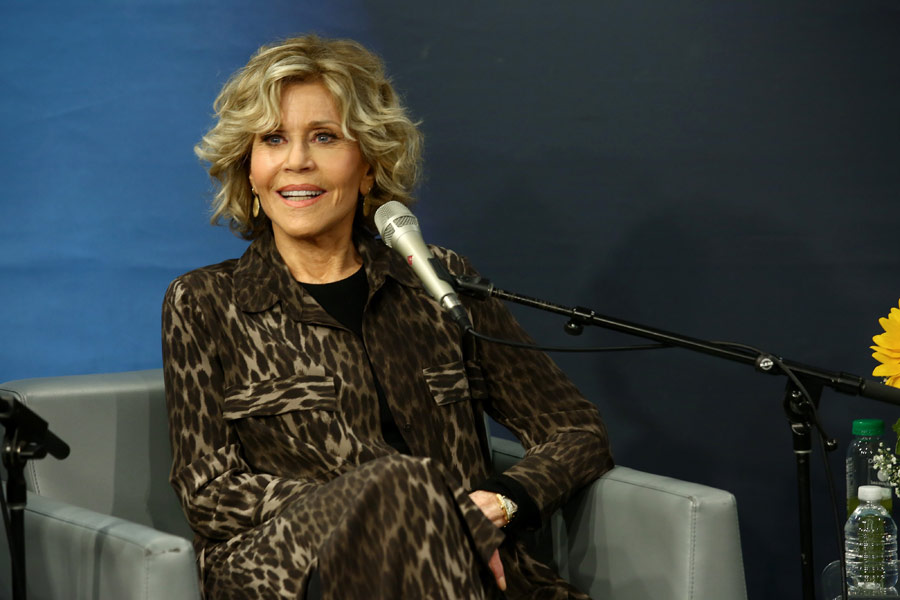 At 80, Jane Fonda still nabs her fair share of headlines.

In recent years, with hit shows like The Newsroom and Grace and Frankie, Fonda has managed to keep busy while still finding time to criticize the Trump administration and attend political rallies.

With no signs of slowing down, the hardworking actress and activist returns to TV this week in an HBO documentary that, fascinatingly, opens with U.S. President Richard Nixon badmouthing Fonda.“What in the world is the matter with Jane Fonda?” he asks in a recording from Sept. 19, 1971. “I feel so sorry for Henry Fonda, who’s a nice man. She’s a great actress. She looks pretty. But boy, she’s … often on the wrong track.”

Directed by Susan Lacy, Jane Fonda in Five Acts is an in-depth, introspective piece that highlights the various lifetimes Fonda has lived — and, refreshingly, it’s all in her own words. “A lot of other people were defining me [at the time], all of them men,” Fonda says of her formative years.

So, who is Jane Fonda?

The first part of the doc chronicles her relationship with her father, legendary actor Henry Fonda. “I grew up in the shadow of a national monument,” Fonda says. Although she later followed in her father’s footsteps, career-wise, her (often controversial) political activism at the height of her fame becomes a central focus in the film, as does her marriage to political firebrand, Tom Hayden. (It would take Fonda years to recover from the nickname “Hanoi Jane” that was tossed her way during her numerous statements about and visits to Vietnam.)

For more, read her latest in-depth interview with the New York Times.