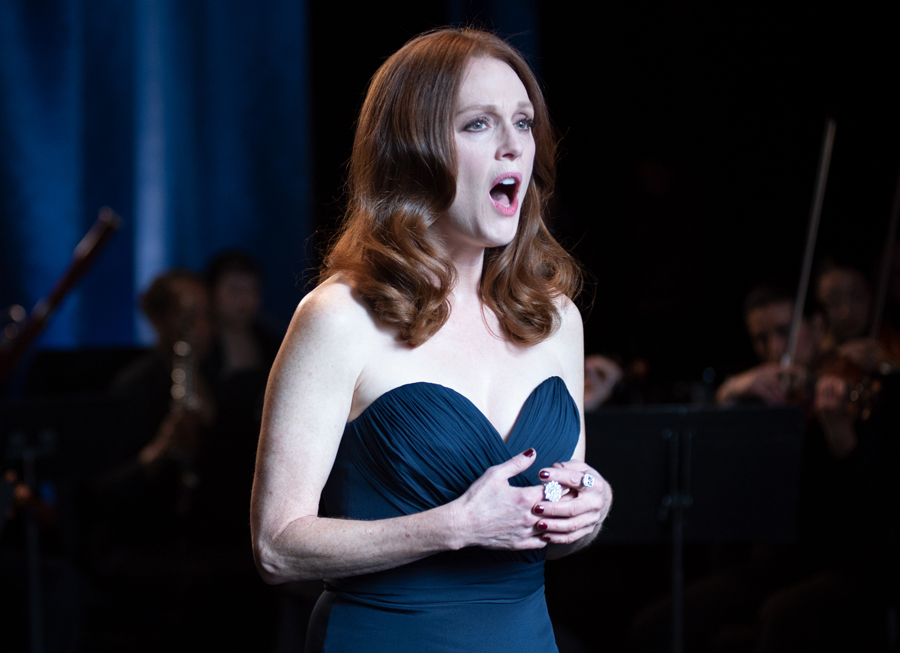 Recently, I came across an article in which Oscar-winning actress Julianne Moore voiced her frustration with constantly being asked about aging. In the piece by Porter magazine, Moore, 57, notes that she’s “been talking about aging since I was 30” and adds that “We’re all aging — children are aging. That’s what life is, and we have to accept that there’s a beginning, a middle and an end. It’s important to remember that there’s a time frame, so we can be awake for it.”

That’s fair. And, aside from the fact that we all are, as she noted, aging, the process is magnified in youth-obsessed Hollywood, where performers —particularly female performers — face constant scrutiny for every grey hair or wrinkle. After all, this is the town where Maggie Gyllenhaal was told in 2015 that, at 37, she was too old to play the lover of a 55-year-old male co-star.

The problem was that I’d just been granted an interview with Moore, for Zoomer — a magazine with a specific focus on aging. It reminded me of interviewing Christopher Plummer in 2015 and knowing I had to ask him about the impending 50th anniversary of The Sound of Music — a beloved film that he famously, and sometimes loudly, detests.

The Moore interview, in fact, includes a musical element as well. She stars in the new hostage drama Bel Canto, about a birthday party for a wealthy industrialist in South America that gets overtaken by anti-government guerrilla fighters who hold the guests hostage. Moore plays an American opera singer flown in to perform at the party — a character that’s hardly a helpless damsel in distress but, rather, a more defiant detainee as capable of standing up to her captors as she is delivering a show-stopping aria.

Being one of the finest actresses of her generation, with a range that includes everything from her early soap opera work to a 1970s adult film actress in Boogie Nights (1997) to a behavioural palaeontologist dodging angry dinosaurs in The Lost World: Jurassic Park (1997) to her Oscar-winning performance as a woman diagnosed with early onset Alzheimer’s in the 2014 independent film Still Alice, I wouldn’t be surprised if she actually could perform opera. And she can … sort of. For the role she learned to act like a lyric soprano while real-life American opera singer Renée Fleming provided the vocals.

Not to mention that Moore actually sang on set during the takes as well. And while the film’s audience can’t hear her over Fleming’s piped in vocals, the performers and crew on set got the full performance.

“It’s so embarrassing and I said ‘Please turn her volume up, up, up, up, up. I don’t want anybody to hear me,’” Moore laughs. “The sound people can always hear me because of the mic. So I would always apologise to them.”

The role, like so many others she takes on, is a learning experience, which Moore values. “I’m always really curious and one of the great things about my job is you are a perpetual student … I love that part of my job. Sometimes I think being an academic would be like that too because you keep getting to learn new things.”

It’s at this point I decide to ease into the topic of aging. I didn’t ask about her personal experience with aging, however, but rather about the narrative that surrounds how we discuss aging and whether it should change.

“Well, it’s interesting because what I said in the [Porter] article is that I’ve been asked about what it feels like to age. Well I’ve been ageing since I was 30. So when asked about [it] I was like, ‘Please do we have to talk about this?’” she begins. “Don’t we need to change that paradigm? Why are we always talking about diminishment? Is the idea that ageing is … some sort of diminishment by the mysteries of being alive? So that’s what I’m tired of; it’s that you’re always trying to ward off — if you’re acting — it’s like something that’s a fight that you’re ageing.”

Moore laughs. It’s not the reaction that I expect but one I happily welcome.

“I mean, that’s just not a way to live right? It’s like you have to be awake and alive and experience what you’re experiencing. So we never know what our lifespan is going to be. It could be lengthy, it could be very short. So why not just enjoy where we are?”

She goes on to explain that, though she’s taken on roles that explore issues related to aging — from Still Alice to another recent release, Gloria Bell, a remake of the 2013 Chilean-Spanish drama Gloria in which she plays a divorcée who gets back into the dance club scene and strikes up a romance — she doesn’t specifically search them out. “For me, as an actor and as a human being, because I’m the centre of my narrative I want to play people who are at the centre of their narrative too; that’s what I’m looking for. It’s not any different for me than it ever has been but it is unusual to see women who are [in their 50s] at the centre of their narrative, which is a shame because we are. We are; I mean we are at the middle of our own story. So for me, I want to do that on film.”

This is where I should have stopped. Instead, I took it one question further, mentioning a quote by Moore from a different interview where, I paraphrased, she’d noted that too often women of a certain age play generic mother figures to younger characters and don’t often get to explore their own character’s backstory. I, not Moore, used the term “women of a certain age” and she cut me off mid-sentence.

“First of all, I think you need to get rid of that phrase ‘of a certain age.’ What does that mean? That’s a terrible phrase. It’s like that’s anachronistic because it’s like her age is so terrible you don’t even want to mention it, you know? But that’s crazy.”

She’s right. It is a terrible phrase — one that slipped out and that I instantly regretted. Of course, I didn’t mean it the way it sounded but the phrase has a negative connotation and Moore, to her credit, called me out on it. After all, if no one ever speaks up about it, the language of aging won’t change.

We continue on, discussing roles she’d like to play in the future (“I don’t think in terms of character. I think I respond more to scripts, you know? The story.”) and her love of yoga (“It makes me feel good and it clears my head and it suits my personality. So you just have to find the thing that suits you to keep moving and to make sure that it feels good.”) We share a laugh and she’s nothing but kind and sweet as we say goodbye. But I learned a lesson here.

Perhaps, when the day comes that we, as a whole, recognize and change the language we use to discuss aging, people like Julianne Moore won’t mind discussing it so much.

Bel Canto is on now in select Canadian cities and opening in various others throughout November. Check local listings for screening dates and times.