What a Dame! Emma Thompson Wears Sneakers to Buckingham Palace 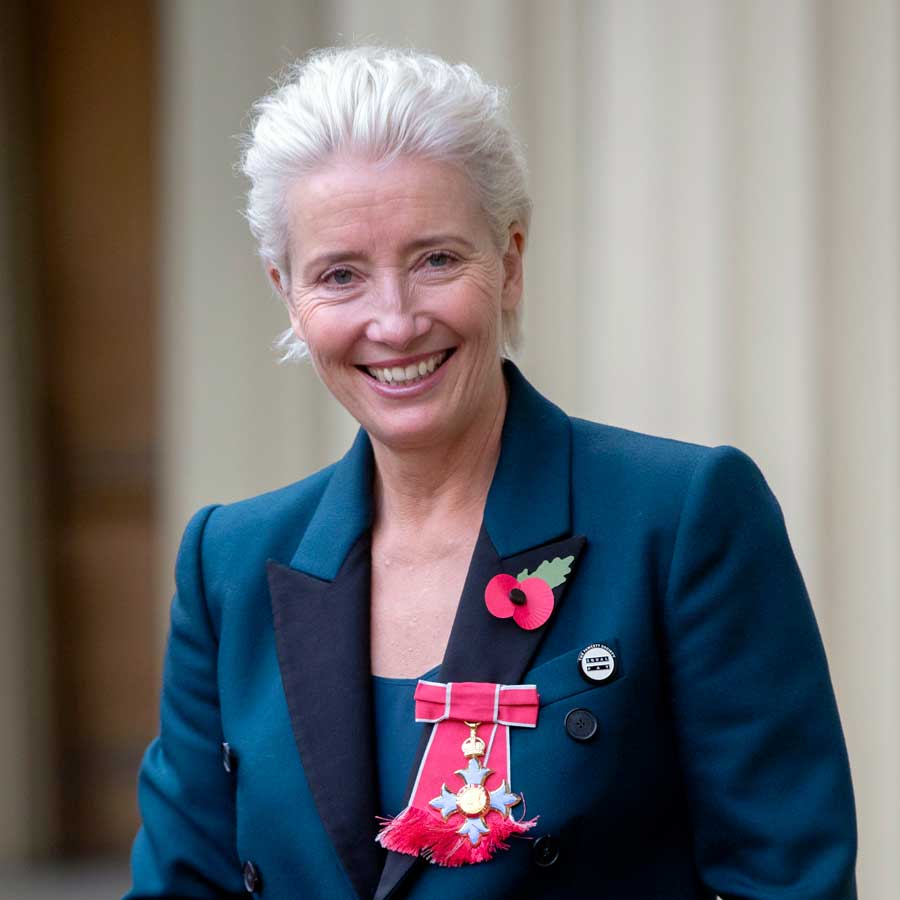 Leave it to staunch feminist, screenwriter and actress Emma Thompson to buck tradition. She turned up at Buckingham Palace to accept her MBE, which stands for Dame Commander of the Most Excellent Order of the British Empire, and her fashion choices had some tongues wagging.

The emerald Stella McCartney suit was a clear winner, but white sneakers to complete the look were more controversial despite them also being designed by McCartney in collaboration with the classic Stan Smith. Vegan and eco-friendly, the sneaks definitely made a statement, fashion or otherwise. Still, you could almost feel the breeze coming from Royal Watchers sniffing in protest. But her casual approach worked for our modern sense and sensibilities, especially given that the Queen was not in attendance. Her Majesty left the royal duties to her grandson, third in line to the throne, Prince William. Indeed, there was a minor Royal protocol drama with the Prince. According to Thompson, who has known Prince William since he was a child,  “I said, ‘I can’t kiss you, can I?’ And he said, ‘No don’t!'”

In an interview Thompson said of her choice to accept the honour, “They send you a letter saying, ‘Will you accept it?’ You can choose not to. You can choose to say, ‘Well, of course we don’t have an empire anymore, thank God, because it was ghastly, colonial, racist, dreadful undertaking on every level,’ and actually have some moral principle about it. Or you can be like me and think, ‘Hmm, it’s gonna be a really nice badge.'”