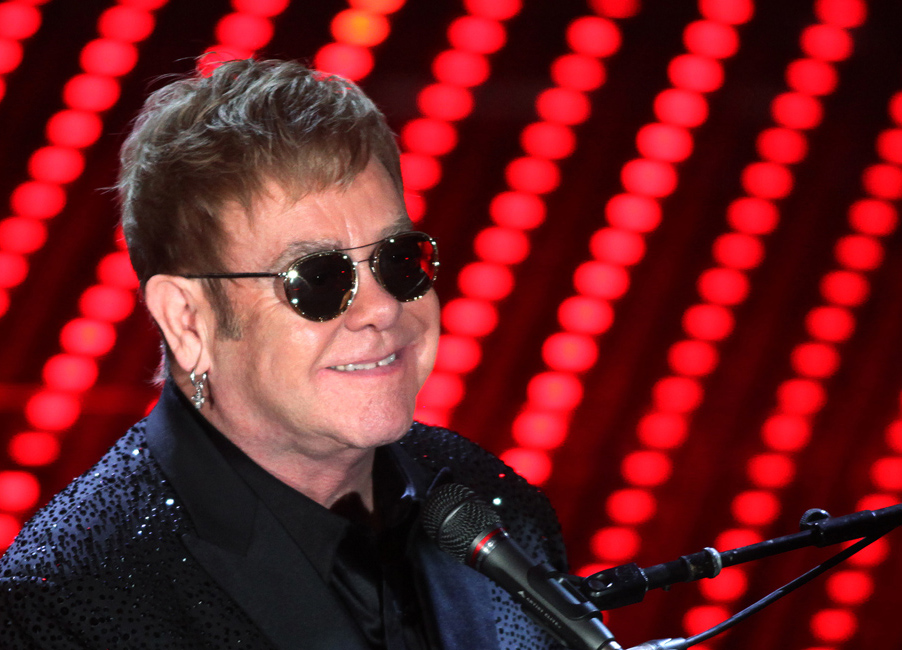 It’s a little bit funny, this feeling inside …

That’s because it’s not often that TV commercials leave you with a sense of awe after watching them. But this year, the holiday advert from U.K. department store chain John Lewis & Partners — which produces an annual, highly-anticipated Christmas commercial — is leaving viewers with visions of sequined sugarplums rocking and rolling in their heads.

The two-minute ad, which you can watch in the video below, features rock legend Elton John sitting at an upright piano in a living room decorated for Christmas. Alone, the 71-year-old begins playing the first few notes of his signature tune, “Your Song,” which then sends the ad into a reverse time warp, showing Elton performing the song in recent years and seamlessly moving backward through successive decades from there, with actors who look remarkably like the singer depicting him in all the glam and glory of his early career.

But the ad doesn’t stop there, moving further into the past, showing a modest young Elton first recording the song and then as a teen rocking the house on the piano at parties, and then even further back, all the way to his youth, when he first lays a finger on a piano key alongside his beloved mother and grandmother. Throughout the sequence Elton sings “Your Song,” with various recordings of him performing the tune over the last 50 years played over the corresponding decade depicted onscreen.

A “Circle of Life” nostalgic romp, the ad is a beautiful tribute to Elton’s life and career as the rocker continues his ongoing farewell tour and awaits the release of his biopic, Rocketman, in 2019. Of course, it is still an ad designed to get people to come and shop at John Lewis & Partners — which, coincidently, recently began selling pianos — so there is the ugly tinge of commercialism that goes along with it. Still, as TV spots go, this one is a home run.

“The John Lewis Christmas campaign has so many warm memories for me and my family,” Elton said in response to the ad. “It’s been a lovely opportunity for me to reflect on my life in music and the incredible journey I have been on, and how first playing my Grandmother’s piano marks the moment when music came into my life. The ad is absolutely fantastic and I’ve truly loved every minute of being a part of it.”

As well, according to the U.K.’s Telegraph, the department store’s Oxford Street location in London features sets from the advertisement, including Elton’s dressing room, living room and recording studio, which customers can peruse. The store also features Elton John-themed holiday window displays.

The ad has met with some criticism online, including from those who feel that it acts as a cross-promotion for the singer’s aforementioned farewell tour — as if the very point of all celebrity ad endorsements since the beginning of time wasn’t to give the celebrities themselves a bump in visibility and self-promotion. Besides, while the annual John Lewis Christmas ads are a beloved holiday tradition, they’re still ads. They are founded and created solely for the purpose of commercialism, so that after you see them and feel all warm and snuggly inside you’ll go to the store and empty your wallet there.

So if that’s the case anyway, can’t we all just sit back and enjoy a nostalgic trip down rock and roll memory lane with one of the world’s greatest rock legends? Some can, including author and New York Post columnist John Podhoretz, who tweeted, “This is perhaps the greatest television commercial ever made. And maybe strike the ‘perhaps.'”