The Romance of Frogmore: Prince Harry & the Duchess of Sussex Set to Move to Windsor 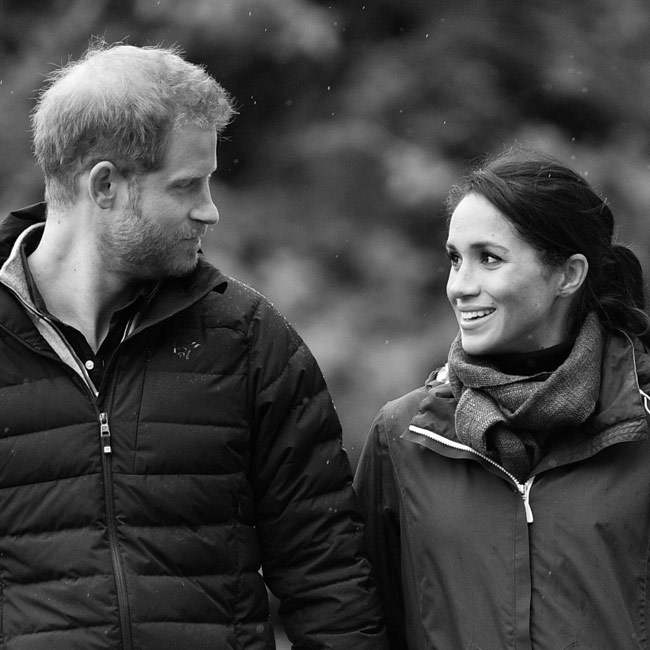 Prince Harry, Duke of Sussex, and Meghan, Duchess of Sussex, recently revealed that they will move to Frogmore Cottage, just across Windsor Great Park, and steps from Frogmore House, where Prince Charles held a private wedding reception for the couple in May, when they married at St. George’s Chapel on the grounds of Windsor Castle. Frogmore is also where many a royal love match has played out, including that of Harry and Meghan. As Windsorians like to point out, “Frogmore’s where Harry and Meghan did all their romancing,” a nod to the locals’ approval of the match. Just an hour’s train ride from London, the picturesque town of Windsor is eons away from the hustle and bustle. And the timing couldn’t be better, with the couple expecting their first baby in the spring. Here, we explore the bucolic escape where the Sussex’s plan to raise their family.

In a quiet glade behind a thickly forested wood off the Long Walk — the paved path that cuts a three-mile-long swath through Windsor Great Park from the back-door George IV gates of Windsor Castle to the imposing bronze statue of King George III — sits Frogmore House. Named for the number of frogs that reside in this marshy area of the park, the house has also played host to royals from Charles II to Henry VIII to Queen Victoria.

Prince Albert, the love of Victoria’s life, was most comfortable at Windsor, far from the madding crowds of London and royal commitments and with the healthier country air. The Widow of Windsor, as Victoria became known after Albert’s passing, built a Royal Mausoleum for her beloved near Frogmore, in the Great Park, where she knew he was happiest, and she, too, eschewed the traditional final resting place at St George’s Chapel at the Castle to be with her husband at Frogmore for eternity. (The notorious Duke of Windsor, who abdicated the throne for love, is also here alongside his duchess, Wallis Simpson.)

The Queen Mother and King George VI spent part of their honeymoon at Frogmore, and our current Queen’s consort, HRH the Duke of Edinburgh (Prince Philip to you and me), holds the title of Park Ranger, a position charged with the care of the red deer herds that meander through the grounds. Philip is also a staunch Royal Navy man and, when the Royal Yacht Britannia was decommissioned in 1997, he had some of the interiors, which he had a hand in designing, recreated at Frogmore, including the dining room, now the home’s Britannia room.

And then there’s Prince Harry. It was at Frogmore House that he and his then-fiancee, the American-born actress and philanthropist Ms. Meghan Markle, had their official engagement photos taken. By spending time together in private and in public in this bucolic England, attending polo matches at nearby Coworth Park in Ascot — the Dorchester Hotel Collection country estate formerly owned by the Canadian retail magnate Galen Weston, who brought the polo ponies here in the first place — they’d grown an attachment to the house.

Fortunately for Ms. Markle, this prince is no frog. As I made my way across parts of Great Britain, from Edinburgh to London to Ascot to Windsor, the excitement for Harry is palpable. Torontonians also stake their romance claim: Markle was an honourary Canadian while she was working on the Toronto-filmed television show Suits from which she resigned for love; the romance blossomed, as Harry regularly crossed the pond, and the two were out and about in her Toronto neighbourhood. Their official reveal to the world came during the most successful iteration yet of the Prince’s Invictus Games, held in the city in 2017.

True North sentiment aside, rumour has it the couple had hoped to buck tradition and hold the wedding ceremony at Frogmore House but, in the end, St George’s Chapel at Windsor Castle won out. The chapel has its own romantic history. Within these hallowed walls, the vibes of eternal love and romance still echo: Henry VIII laid to rest here Jane Seymour, his third of six wives. As I stood over his tomb, I noted that when his own time came, the known wife-killer softened his hardened heart, and chose to be interred with his Lady Jane, his most favourite of many wives. The Queen Mum, her darling Bertie and their second daughter, Princess Margaret, Countess of Snowdon, are all here, too. Again, tradition was broken, as a princess was rarely allowed to rest next to a king or queen but, because Margaret chose cremation, her ashes are settled with her parents’ remains in the King George VI Memorial Chapel in the church.

I stand at the foot of the chapel stairs, thinking of Markle climbing them to meet to her awaiting prince, making her own history as an older biracial divorcée marrying the sixth in line to the British throne, in view of 800 witnesses — and millions around the world. It’s the same church her husband-to-be was christened in at three months old. Harry’s first cousin, Princess Eugenie, followed in Markle’s footsteps for her wedding at Windsor to Jack Brooksbank the same year.

The last Windsor wedding at St George’s was that of Peter Phillips, the oldest grandchild of Her Majesty the Queen and son of Princess Anne, to Canadian Autumn Kelly in 2008. Ten years on, the couple have two daughters and show all the signs of a happy marriage. Harry’s father, Prince Charles, had his union to Camilla Parker Bowles blessed at the chapel in 2005, after a civil ceremony down the road at the town’s Windsor Guildhall. If the sheer number of people, estimated to be 100,000, who plan on lining the Long Walk path hours, maybe even days, in advance of the couple’s post-wedding processional route back to Windsor Castle from St George’s — where Harry and Meghan invited more than 1,000 friends and co-workers of their charities inside the walls — prove anything, the couple will be buoyed by good will.

Yet, just because you’re a royal doesn’t mean you can simply “book” the chapel. Even Harry had to ask his dear grandmama for permission to wed at St. George’s (he also had to ask her permission to marry Meghan, so his track record of getting what he wanted was already well and good). The Queen obliged and also offered to foot the bill for the nuptials, taking the brunt off the public purse — a savvy PR move, no doubt.

HM Elizabeth II, for her part, has described Windsor as her family home. Yet, for the Queen and her subjects, the meaning of Windsor goes much deeper. In the years leading up to the First World War, anti-monarchy and anti-German sentiment was sparking. The British-born King George V (Elizabeth’s grandfather) and his family were, at that time, harnessed by a (not-so-British) German name: Saxe-Coburg & Gotha. In a stroke of genius, the King’s private secretary drew inspiration from the town and the fortress keep where so many monarchs had called home. Through yet another savvy PR move and by royal decree, the Windsor dynasty was born.

On the day I was at Windsor Castle, Her Majesty had arrived just 24 hours before for her Easter break (some break, as the famed red boxes were said to have already been stacked on her desk — the head of the Commonwealth is allowed only two days off: Christmas Day and her birthday). Her Majesty had just come in from her daily horse ride, her green Land Rover parked under the portcullis below her bay-windowed offices, far down the long corridor from where a dreaded fire had ravaged a portion of the public rooms in 1992 — her annus horribilis.

Her racks of garment-bagged clothes were being unloaded, counted and checked and rolled in through a side door by white-gloved staff. At that moment, I was walking through a part of the castle that’s open to the public, the Grand Reception Room (one of the rooms, along with the Waterloo chamber and St George’s Hall, where the newlyweds will receive their guests).

From my vantage point, I was lucky enough to spy Her Majesty through the windows across the castle quadrangle, a vision dressed in a hue to match her gloriously coiffed snow-white hair, puttering around the room, moving things here and there. The grand old girl’s ever so slightly stooped but moved about spryly; I imagined she was just trying to find the best places to hide the Easter eggs for her great-grandchildren to hunt. Long live the Queen.