The Calgary Stampeders Slip and Slide to 2018 Grey Cup Victory 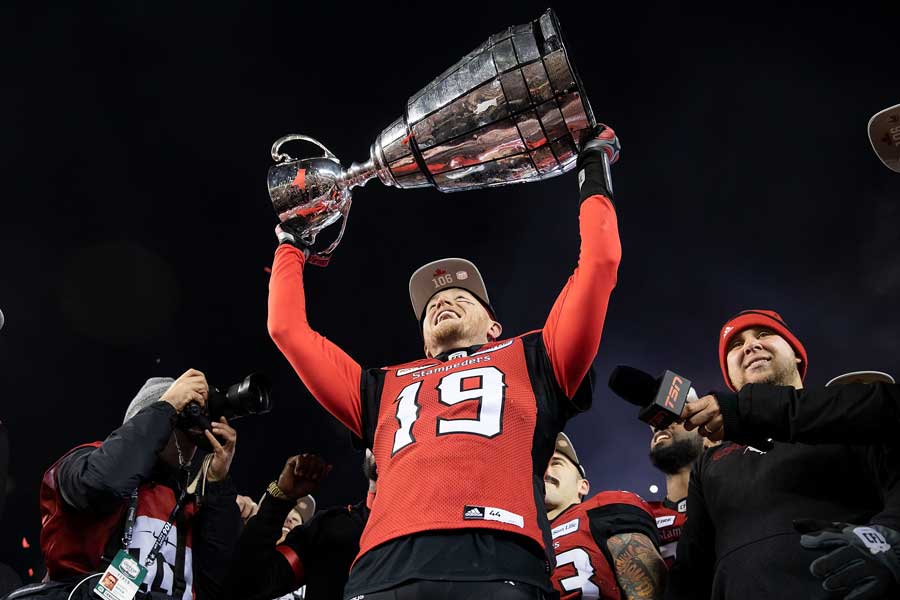 If three downs, a bigger ball and a deeper end zone weren’t enough to differentiate Canadian football from the game played south of the border, Sunday night’s Grey Cup clash added a little ice to the mix.

Actually, a lot of ice. The Calgary Stampeders 27-16 win over the Ottawa Redblacks was heavily influenced by the icy artificial grass at Commonwealth Stadium in Edmonton, Alberta. The stadium’s turf, intended for soccer, differs from football turf in that the blades lay diagonally rather than stand straight up, allowing moisture to gather underneath and freeze. Add to that the logos painted in latex on various parts of the field and you’ve essentially created a 110 yard slip ‘n slide.

The poor field conditions were likely to blame for an interception thrown by each side in the first quarter.

Calgary players, who lost to Toronto on a snow covered field in Ottawa at last year’s Grey Cup, found the icy conditions even more challenging.

“I’d much rather have played in snow,” Calgary defensive lineman Ja’Gared Davis told the Edmonton Sun. “I’ve never been on a field like this, conditions were tough to say the least. But we had to suck it up. I know I went through at least four pairs of cleats trying to get some sort of traction. Nobody was getting any.”

Nobody except maybe Terry Williams, Calgary’s returner, who found enough traction to return a punt 97 yards for a touchdown in the dying seconds of the half. The run was both a Grey Cup record and a defining play in the game.

“I couldn’t wear my regular cleats. But coach said ‘you’re the fastest guy in the league, just go straight, make ‘em pay.’ Coach Kilam and everybody did a great job springing me loose. It felt long. I was running for my life,” Williams told the Edmonton Sun.

With the slippery conditions, Calgary Stampeders receiver Juwan Brescacin said the game came down to who “happened to make more plays” but pointed to Williams’ punt return as the most important.

“He’s been struggling catching the ball but Terry stepped up big and gave us momentum when we needed it,” he told the Edmonton Sun. “That’s why we’re standing up on the stage.”