Do People Really Die In Threes? It Turns Out, It All Depends On Who You Ask 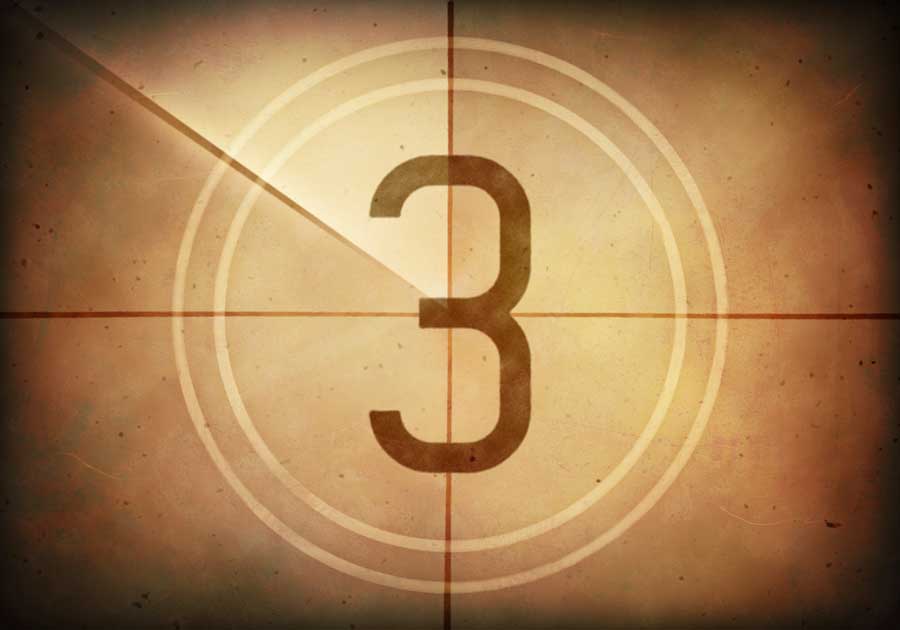 Even skeptical people fall prey to supernaturalism. One of the most common of “psychic phenomena” is that moment when you think of someone and, just then, they phone or email you.

And yet nothing psychic actually happened. It’s selective observation. Your brain doesn’t register things that happen normally, so there’s no mental record of the times you thought of this person and the phone didn’t ring.

Or maybe there was that time the phone did ring and it wasn’t them even though they were on your mind.

But if you believe something to be true, your brain fills in the narrative.

“People die in threes,” is like that. And a day like Jan. 2 will entrench this superstition. That day saw the death — all at age 76 — of Bob “Super Dave” Osbourne (the brother of comedian/filmmaker Albert Brooks and a regular on Curb Your Enthusiasm), the legendary wrestling announcer “Mean Gene” Okerlund and Daryl Dragon — a.k.a. “The Captain” in the ‘70s group The Captain & Tennille (how can we forget Love Will Keep Us Together?).

Social media was full of people remarking on the troika of the dearly departed. I’m looking at our generation as a main culprit in maintaining this widespread fallacy, since you’d have to be at least a Gen-Xer to have seen the latter two in their heyday (if you’d asked me, I honestly wouldn’t have known if The Captain & Tennille were alive or playing casinos). Curb fans would at least have seen Einstein alive in recent years playing Larry David’s buddy Funkhauser.

Of course, “death comes in threes” is a celebrity-based maxim. In fact, two people die every second on this planet. But you only register the ones you know.

Widen your definition of celebrity and expand your calendar by a few days and the same week also saw the death of Hong Kong filmmaking legend Ringo Lam at age 63 (watch his City on Fire sometime and you’ll see where Quentin Tarantino got his mojo), songwriter Norman Gimbel, 91, who wrote “The Girl From Ipanema” and the themes for Happy Days and Laverne and Shirley, June Whitfield, 93, the mom on Absolutely Fabulous, and a fellow named Larry Eisenberg, 99, a science fiction author who was the most famous living composer of limericks

Eisenberg on Donald Trump, via his New York Times obituary:

A mauler, a grabber, abuser,
A do whatever you chooser
Non-thinker, non-reader,
A spoiled-children breeder
An every trick-in-the-book user.

At this point, I maintain, “death comes in sevens.”

When I was a 22-year-old intern at the Toronto Star, the then-publisher, the late Beland Honderich had an edict that there should be two local obituaries in the paper every day — actual articles of interest on the dearly departed within the paper’s circulation area. Thank God, Honderich didn’t believe in the “rule of three,” because that job invariably fell to interns like me, and finding two interesting dead people was nightmare enough.

Rather than being taken aback, they’d usually have a list handy (they already knew the drill and knew free publicity for their business when they saw it).

My best day as an intern came when I ran across the death of a Japanese-Canadian fellow in his ‘90s who’d been a soldier for the Emperor during the Sino-Russian War of 1904/05. The editors on the desk actually applauded.

It isn’t a surprise that “three” would be considered a significant number death-wise. As a society, we fixate on threes. The Holy Trinity, the Roman triumvirate (Crassus, Pompey and Caesar) and the Russian troika (Lenin, Trotsky and Stalin), a rule of threes in comedy, three fields in baseball and, during the George W. Bush administration, an “Axis of Evil” that consisted of Iran, Iraq and North Korea. The late John Ritter didn’t star in Four’s Company, Goldilocks ran into an ursine family of exactly three, and we need not mention the number of blind mice of nursery rhyme fame.

It’s a transcendent enough number that some indigenous peoples, including the Pirahã of the Amazon and the Walpiri of Australia, are said to have entirely practical number systems that are limited to “one, two and many.” In such small tribal groups, death coming in threes would be an unimaginable catastrophe.

For the world at large, however, death continues to come in threes every 1.5 seconds. Unless you’re a celebrity. If you want to sort out the deaths of people whose names you know into multiples of three, that’s up to you.

But the older you get, and the more names you know, the harder it’s going to be to whittle them down to trios.