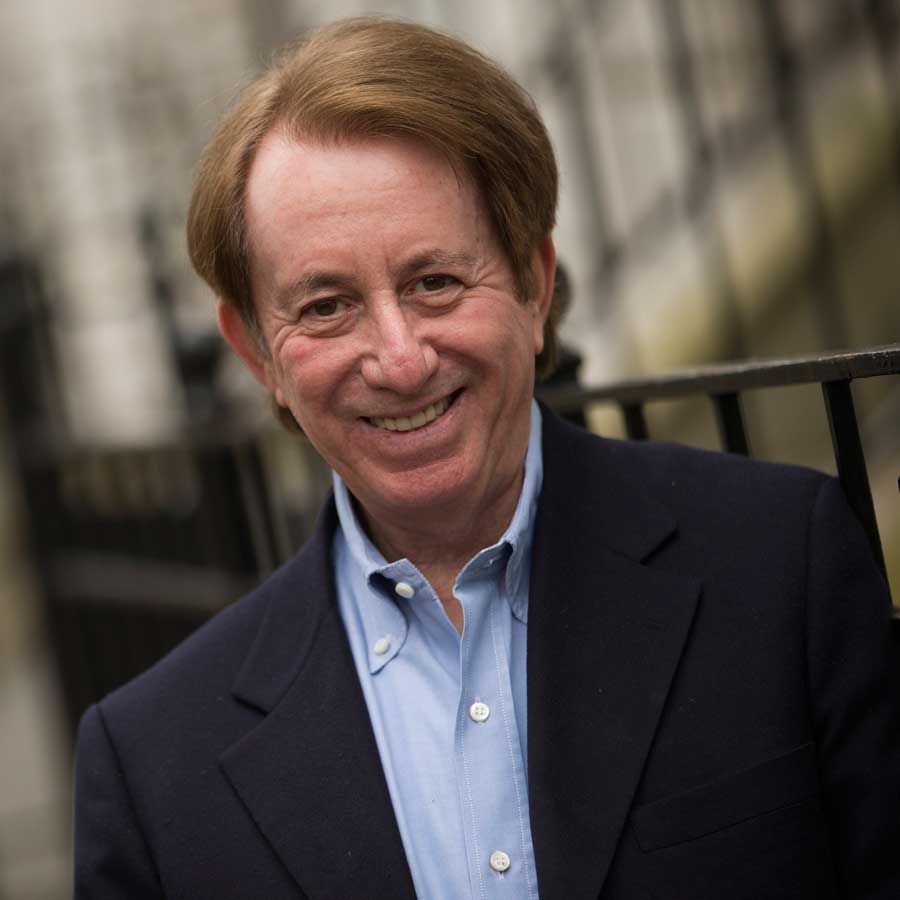 Irony being intrinsic to humour, it’s fitting that Mark Breslin—the founder of the Yuk Yuk’s standup comedy chain—was honoured with the Order of Canada recently.

After all, the government hasn’t always considered him honourable.

In 1980, Breslin says he was denounced by name in the House of Commons for bringing LSD guru Dr. Timothy Leary to Canada to speak at his club, presumably corrupting the country’s youth.

In 1990, CBC ran a Yuk Yuk’s comedy series that featured a sketch called Shooting the PM, which was about how to photograph the prime minister. But it had uncomfortable double-entendres in the script that didn’t go unnoticed by a Mulroney government backbencher who, again, called him out in the House for espousing political assassination.

And then, of course, there was the 1991 Combines Act investigation of the comedy chain for engaging in monopolistic business practices. “They said I ‘abused my dominant position,’ which sounds kind of dirty,” Breslin says in his Yonge/Bloor area office. Dressed in his trademark blue blazer, the soft-spoken, pillar of Canadian comedy cuts a figure that seems physically unsuited for dominance.

However, his cousin and advocate, the famed defence lawyer Clayton Ruby, eats dominant opponents for breakfast. And he made the accusations go away. “In the end, we promised not to do things we never did in the first place, and they promised to leave us alone,” Breslin says, referring to what the government ruling called “accepting an enforceable undertaking.”

“This all predated us having competitors across the country, which we knew would happen. The government was just a few years too early. If they’d known, they never would have gone ahead with it.”

The above is reason enough for Breslin to misunderstand the message on his voicemail last November.

“I thought she said she was with the Receiver-General’s office. And I phoned them up and said, ‘Look, I pay my taxes. If you want to talk to my accountant, I’ll give you the number.’

“And she said ‘No, no, this is the Governor-General’s office and we’d like to award you the Order of Canada. Would you accept?’

“I said, ‘Who turns it down?’ She said, ‘You’d be surprised. But I can’t give you any names.’ It turns out Mordecai Richler turned it down twice, David Suzuki has turned it down.”

The government doesn’t go after small-fry, and there’s no doubt that Canada’s comedy scene is largely informed by this short-statured man’s large footprint.
I’ve known Mark Breslin personally for about 30 years, and as a student, I was often in the crowd at the first licensed club in Toronto’s Yorkville district in the late ‘70s. (The earliest incarnation began in 1976 in a community centre in the city’s gay village). Before it began, the most dependable employment in Toronto for comedians was strip clubs.

From those early beginnings, Yuk Yuk’s now has 14 clubs across the country, with a roster of 130 regular comics. The company says it puts $2 million a year in the pockets of Canadian comics, $70 million total over the company’s history.

Still, there are vociferous critics of Yuk Yuk’s monolithic presence in the Canadian comedy scene. I ask him to play a personal game of It’s a Wonderful Life, and imagine the country’s comedy industry had Yuk Yuk’s never been born.

“It would have been a mishmash,” he says. “Some Americans would have swooped in, especially during the comedy boom in the ‘80s. There would have been a lot of mom-and-pop shops, unaffiliated but kind of powerless in the national sense to resist American interests.

“I have competitors in a lot of different cities, and they book from 50 to 80 percent Americans. We still to this day book 92 % Canadian comics, keeping the money in the country where it belongs.”

Breslin’s other main brag is one that does not fall on universally accepting ears these days.

“This was actually in the (Order of Canada) citation. In the beginning, we had a commitment to free speech. And we still have it, even if we have to take it on the chin,” Breslin says. In the past, it has meant booking legendarily offensive comedians like Sam Kinison, Bill Hicks and Andrew “Dice” Clay. It has meant going to small claims court after a comic, Ron Vaudry called a woman who heckled him, “fat” (the case was thrown out).

“The comics come first when it comes to content, and if the audience member doesn’t like it, we’ll give them tickets to another show. But we’ll never tell the comic, ‘Don’t do that joke, it alienates the audience.’

“I booked Jeremy Piven twice over the last couple of months, one of the lesser known #MeToo people (the former Entourage star had had eight women accuse him of sexual misconduct). I was on a club owners panel at (Montreal’s comedy festival) Just For Laughs, and someone asked, ‘Would you book Louis CK, advertise him and sell tickets?’

“There were four people on the panel including myself. And the others were all Americans, and they all hemmed and hawed. And I said, ‘Of course, I would. I should be so lucky.’

“I’ll defend Louis CK,” he adds. “But I won’t defend Bill Cosby. There’s a line. My feeling about Louis CK is he has a medical problem, he needs help. But they say the punishment should suit the crime, and he says he lost $65 million and I believe him. No judge would ever impose a $65 milion penalty against someone guilty of doing what he’s accused of doing.

“I think the audience should make the decision. The Piven shows were packed. If the audience wants to see it, play it. If you don’t want to see it that’s your decision to make. If enough people stay away, then the businessperson realizes that’s not a good idea and doesn’t do it again.”

At 67, Breslin continues to oversee comedy from the roots up. A founder of Humber College’s school of comedy, he’s still involved in the course. “I just gave a lecture there. I do mentor meetings in the second half of the year where I meet with each student about their career path plan, and I exec produce their industry show at the end of the year.

“I’m in a business that’s youth oriented, you have to enjoy working with people who are very tolerant of new ideas, and that’s something a lot of older people don’t do. I’m doing the work of a 30-year-old, I have an eight-year-old son Jackson.

You’re writing for a mag called Zoomer, right? And its principal contention is that there are people out there of a certain chronological age who do not live that chronological age. And I think I’m a testament to that.

“I mean, I know a lot of retired people, and they’re not very happy. What should I do. Sit in a basement and paint like my father did?”