Why Cannabis-Friendly Establishments Miss the Glory Days of Criminalization 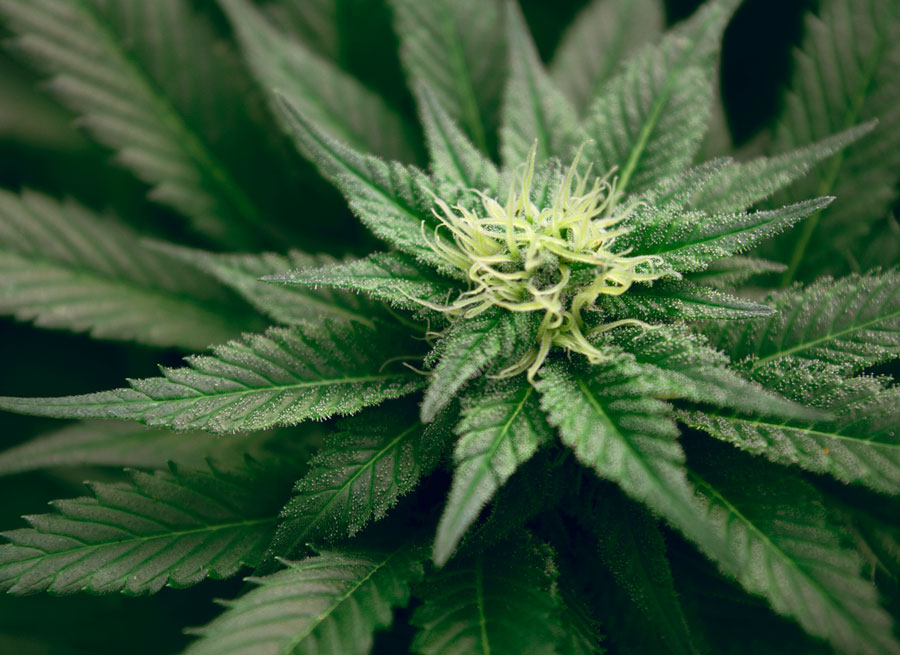 You don’t expect the clientele of a cannabis comedy café to look sad. But, stoned or not (mostly the former) a get-together this month at Toronto’s Underground Café 420 had the atmosphere of a wake.

Ironically enough, the cause of death, in the minds of everyone in this East End room, was marijuana legalization.

To wit, now that pot is legal, smoking it in most places is as illegal as smoking cigarettes. And where police wouldn’t go, bylaw officers will. Which means, though it carries on as a comedy room, the experience of enjoying comedy while openly enhancing it with cannabis was done.

A popular open-mike for up-and-coming comics since the early ‘00s, The Underground has also been a place for famous veterans to come out and try new material. Kids In The Hall’s Scott Thompson, who’s now killing it with his stand-up shows, debuted some scabrously new stuff in the place. Writers and performers from This Hour Has 22 Minutes worked the room.

At the “wake,” no one was in the mood to take the mike and make light of the situation. They just smoked or vaped, and commiserated. There was former Air Farce cast member, Alan Park. And there was Boyd Banks, that guy from CBC’s Little Mosque on The Prairie and the later George Romero zombie movies, who was the first comic ever to perform there.

An oft-repeated line in the room about pot was: “Illegal equals available. Legal equals unavailable.”

“We were embraced by the comedy community from the beginning,” says Joanne Baker, the owner of the Underground. “There are vapour lounges around town that do comedy a couple of times a week. But we just do comedy. We don’t have people sitting around here all day getting wasted. People are coming here specifically to see a show. And then they leave.

“Most of our clientele are like you,” she says, sizing me up. “They’re middle aged, got a job, wife, kids. Like, responsible blue and white collar people.”

Smoking cigarettes in clubs has been illegal in most provinces since before the time the Underground started. But with police generally looking the other way when it comes to pot (who needs the paperwork?), you couldn’t charge an offender that didn’t exist as far as law enforcement was concerned.

“As long as there were no complaints, the police didn’t bother. We were online, the location and everything,” Baker says. (There’s even a Facebook page).
“But the day they announced legalization, I became concerned about how they were going to control it.

She would find out. “The Smoke Free Ontario Act people came out to justify their job. They were really nice. I’m not going to say the bylaw officers were nasty. They weren’t aggressive. But they came in with their badges and took pictures of ashtrays. And I’m like, ‘I didn’t know I was doing anything wrong. Why are you being so mean?’”

The city has long been home to numerous “after hours” clubs, most of them music-based, from jazz to hip-hop. At least one I’ve been at had a room in the back where people smoked pot. (Tobacco smokers tended to congregate outside in the alley).

But comedy has particularly embraced cannabis. It’s widely held among comics that marijuana stirs their creativity and helps them develop oblique comedy concepts. And could there be a better audience than one that’s inhaled something that makes them find things funny?

Compared to other comedy open-mikes, the atmosphere at The Underground was different (double entendre intended. There was indeed a lot of laughter, though you sometimes got the impression that people were laughing at a punchline 10 seconds late.

It’s understood that smoking anything, including cannabis, is invariably bad for your lungs, heart, etc. It’s intuitive that vaping is somewhat less bad, but not completely harmless. But the rationale in cannabis-friendly clubs is a throwback to the days of “if everyone in the room accepts the risks…”

“The law has everything to do with employee protection,” Joey says. “So, what if it’s just me running the place? And what if I put a big picture of a black lung on my door with a sign that says, ‘Stay away from here!’ And then people who know that carbon might end up in their lungs, they’ll avoid the place.”

The irony of cannabis users looking back fondly, three months after legalization, to when it was illegal, reminded me of a recent trip to Amsterdam my wife and I took for our anniversary.

Contrary to popular belief, pot is not legal in the Netherlands, the many “coffee houses” across the country notwithstanding. At a bar we were at, the bartender made some tourists who’d lit up take it outside. As the bartender explained, “It is not legal here, but no one cares. As long as you’re not an a—hole about it, you’re free to do what you want.”

And it is the fate of most antiquated laws, not to be repealed, but ignored. (Those of a certain age will remember the ‘70s CBC panel show This Is The Law, in which celebrity panelists would watch a short film with “lawbreaker” Paul Soles doing various things prior to getting arrested and try to guess the obscure law being broken. Did you know in High Prairie, Alta., it is a crime to store manure anywhere other than a barn?).

As for Baker, she may not be done with cannabis comedy. “We’re looking at a new venue, someplace quiet and off the beaten path, where we can operate and not be bothered. There’s 10,000 people moving into a new condo across the street. And gentrification is hurting me just as much as legalization to be honest.”

Postscript: Weeks later, Baker is continuing to run the Underground as a comedy club, but for now has banned smoking pot. “We are still going, just not toking,” Baker says. “Comedy was always first. We are smoke-free for now.”