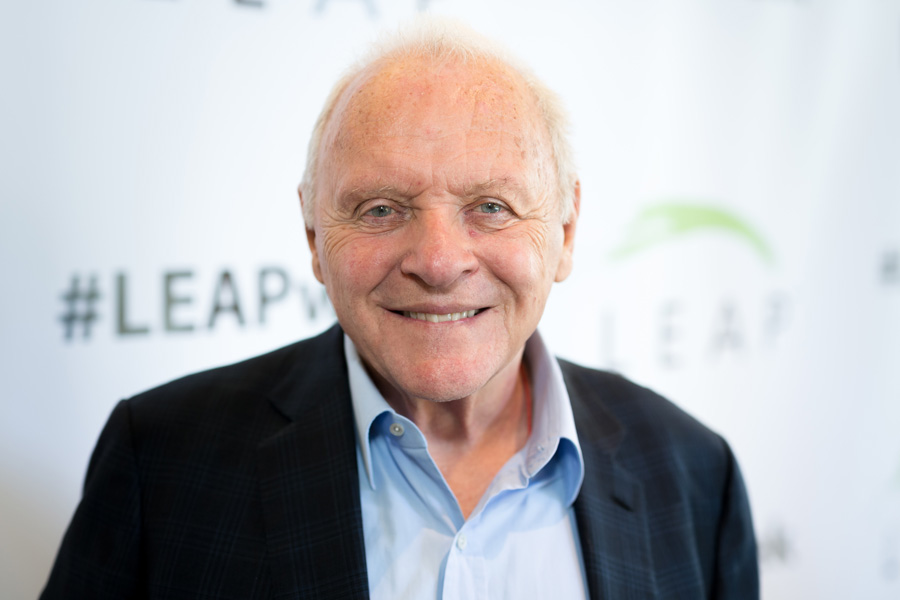 Screen and stage legend Sir Anthony Hopkins once said, “It’s raining out here. I love that. I love the rain in California.”

Sure, that particular quote lacks the spine-tingling impact of, say, “A census taker once tried to test me. I ate his liver with some fava beans and a nice Chianti,” but the 81-year-old Silence of the Lambs and Westworld star is making a point. That point is, be positive. And where better to make a point about positivity than on perhaps the most toxic, cynical, troll-heavy mainstream social media platform out there: Twitter.

Hopkins’ Twitter feed, which boasts 353,000 followers, is a veritable oasis of positivity and kindness. The quote above, about rain, comes from a video the Oscar winner posted this past Sunday – a short, 17-second clip of the actor looking out the window as a gentle rain falls.

“Hey, happy Sunday everyone,” the video starts. “It’s raining out here. I love that. I love the rain in California. And all of you, wherever you are, have a great Sunday. Have a great day. Have great days. Be happy. Thank you.”

That’s it — 17 seconds to generate more than 2.3 million views and countless smiles. And if you scroll down through his feed, it’s a gold mine of happy messages, smiling photos and positive vibes. “Beautiful day in Santa Ynez, California,” he wrote in a post from January 25, alongside a photo of him getting a kiss from a horse on the set of the film The Virtuoso.

Or there’s his video from January 1, in which he wears a Hawaiian shirt, a lei and plays a ukulele while singing and wishing people a happy new year.

Keep scrolling and there are posts celebrating positivity, extolling the virtues of his fellow performers and artists and thanking firefighters and first responders for all that they do.

And while it’s sweet to scroll through, Hopkins is illustrating a larger, more important point that is key to healthy aging: the power of positivity. As the New York Times notes, “There is no longer any doubt that what happens in the brain influences what happens in the body. When facing a health crisis, actively cultivating positive emotions can boost the immune system and counter depression. Studies have shown an indisputable link between having a positive outlook and health benefits like lower blood pressure, less heart disease, better weight control and healthier blood sugar levels.”

Dr. Barbara Fredrickson, meanwhile, is a psychology professor and Principal Investigator of the Positive Emotions and Psychophysiology Lab at the University of North Carolina at Chapel Hill, as well as the author of multiple books about positivity and love. She believes in the power of small moments of positivity, or “micro-moments,” that lead to overall better personal and social health when accumulated over time.

“Micro-moments of positivity resonance build bonds, weave the social fabric that creates our community, promote health and arguably are the supreme emotion,” she once said. And what’s a more micro-moment than a shared experience of happiness and positivity on social media?

Even Betty White, who turned 97 in January, spoke to Parade magazine last year about the importance of enjoying life. “Accentuate the positive, not the negative,” she said. “It sounds so trite, but a lot of people will pick out something to complain about, rather than say, ‘Hey, that was great!’ It’s not hard to find great stuff if you look.” Of course, she also noted that she’s a huge fan of vodka and hot dogs, so take whatever health advice you like from that.

Psychologists, as well, suggest that positive thinking doesn’t just help keep you feeling healthy, but that it can act as a “Fountain of Youth,” so to speak. In 2016, Psychology Today noted a study out of Ireland that suggested, “that having a positive attitude about aging may help prevent older adults from becoming frail, which in turn appears to keep their minds sharp.”

So scientists, psychologists and celebrities all say the same thing: the power of positivity is real. And as Anthony Hopkins has shown, all it takes is appreciating the little things in life to help turn your attitude around and feel happier and healthier. It could be anything: the soft rain on a Sunday afternoon, singing a happy song or, yes, even enjoying some fava beans and a nice Chianti.