The “Age” of Aquarius: Community Theatre For Performers Over 50 Stages Production of “Hair” 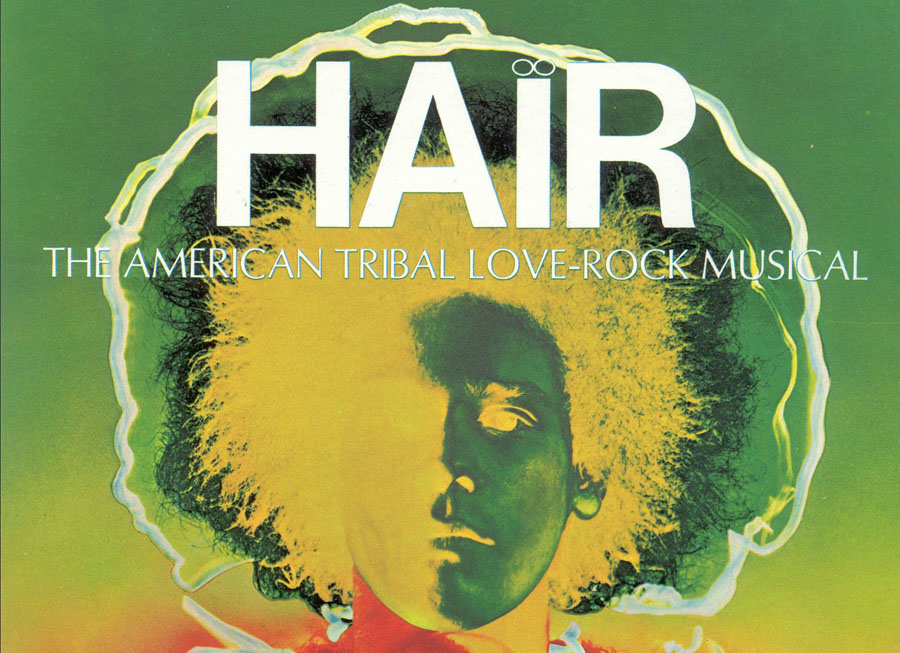 Talk about the age of Aquarius. A few days ago Minneapolis-based community theatre company Theatre 55 wrapped a sold-out run of their inaugural production, the counterculture, music and hippie-fuelled hit show Hair. And what the cast lacked in flowing locks and youthful looks they more than made up for in enthusiasm and a determination to redefine what it means to age on stage.

Theatre 55’s “vision” is to “enrich the creative lives of elders as artists, audiences, and lifelong learners,” including casting them in productions like Hair, which typically employs a young group of performers. In the Theatre 55 version, all of the cast members were over age 50, with the oldest clocking in at age 73, leading to the production’s tagline, “Hair, the 1968 musical sensation, performed by those who lived it.”

“We’re making a statement. We’re not willing to accept the status quo and the social constructs about aging. We’re not people to be put away or dismissed,” Brenda Starr, a 70-year-old cast member, told the New York Times.

According to that New York Times story, it was Richard Hitchler, 53, a veteran of children’s theatre, who noticed that the representation of aging performers onstage fell far short of the large number of baby boomers in the audience. Inspired by that, and a local exhibit about the year 1968 at the Minnesota History Centre, Hitchler decided to set the stage for 50-plus performers—some experienced and others taking the stage for the first time—to come together for a community production and, in the process, as the theatre’s mantra puts it, “Improve the health and well-being of seniors through theatre performance and education” and to “Enhance relationships by finding commonality and challenging stereotypes.”

Cast member Brent Berheim, 53, noted in the New York Times piece that, “We’re not trying to pretend that we’re twentysomethings. Yes, [Hair] is about youth, but it’s also about an environment and a time. We’re trying to see if the audience is willing to let go of superficialities.”

Of course, the production did offer some challenges. Aside from shaking off common stage nerves and jitters, Hair also requires its stars to shake off their clothes, so to speak, for its famous nude scene. For this production, Hitchler, who also directed the show, left it up to the performers on any given night to decide if they wanted to remove their clothes. He also quipped to the Times that, in some cases, whether or not a performer went nude depended more on the rigours of aging than their comfort level. “To be honest, not everyone can get undressed that quickly.”

Still, the sold-out run encouraged Theatre 55 to pursue, as the Times notes, “a future that would involve more stage performances, classes and residencies for older theatre artists.”

“Whether they’re youth or older, there’s still the same insecurities, the same questions and the same sense that if you open your mind and your being to new adventure, you’re going to learn something,” Hitchler told the publication. “And we’re never done learning.”