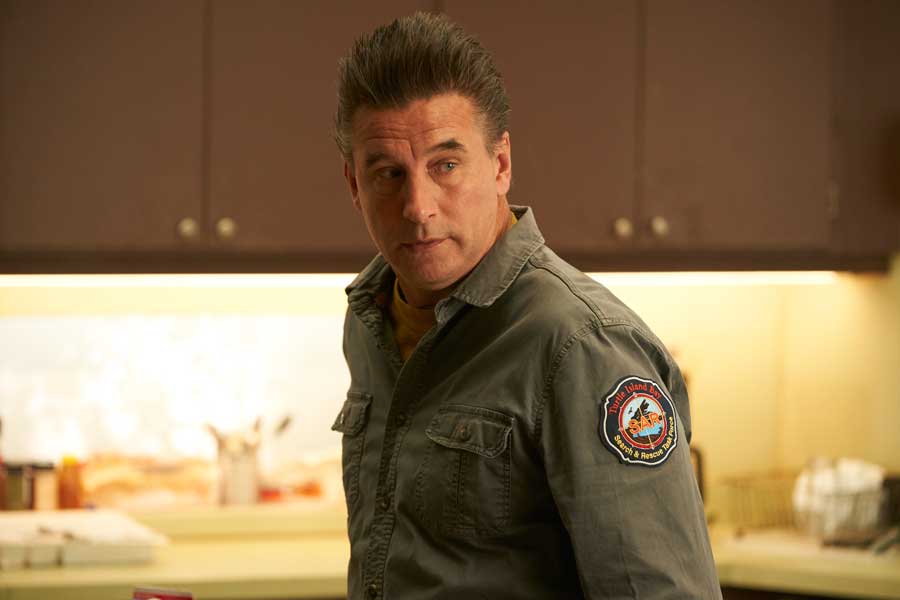 Billy Baldwin squints that famous Baldwin squint and speaks in that trademark Baldwin husky whisper. The third of four Baldwin brothers – behind Alec and Daniel and ahead of Stephen – the shared family traits conjure images of the whole brood as we sit in a room on the 10th floor of the CBC building in Toronto. All four siblings are famous – or infamous – for on- and off-screen antics, but Billy, in particular, feels quite at home here. In fact, you might say he’s the Canadian Baldwin.

“I am. There’s no doubt,” the 56-year-old asserts when I suggest that he’s an honorary Canuck. “I have made films from sea to shining sea in Canada,” he adds, rhyming off locales from St. Stephen, N.B., to Vancouver and most places in between with such sincerity that he’s forgiven for forgetting one of our seas in his boast. Baldwin also takes part in fundraising initiatives, like annual events in Ontario in support of SickKids Hospital.

“The expertise and the excellence with filmmaking is unparalleled,” he raves. “I love the people, I love the film industry, I love the culture and the food.”

Baldwin’s love affair with Canada is good news for his most recent project, Northern Rescue – named in the great Canadian geographical tradition that gave us show titles like North of 60 and Due South. A joint CBC and Netflix series, Baldwin executive produces and stars as a widower who moves with his three children to the fictional town of Turtle Island Bay to take a job heading a search-and-rescue team while living with his deceased wife’s sister (played by Canadian actress Kathleen Robertson). The show films during the summer months in Parry Sound, Ont., and features virtually an entirely Canadian cast and crew.

Baldwin, a father of three with his wife, singer Chynna Phillips (of Wilson Phillips fame), says he was drawn to the concept of a family show – one of the multiple TV and film projects on his slate, including a sequel to his 1991 firefighter big screen hit Backdraft. The actor, though, says his Canadian fans are often drawn to an obscure 1996 black comedy of his called Curdled, in which he plays a serial killer. In fact, he knows fans are Canadian when they praise it because they “love dark, twisted, smart humour.”

And now we are even marrying into the family, with Baldwin’s niece, model and TV host Hailey Baldwin (daughter of Stephen) wedding Canuck pop idol Justin Bieber last year. Uncle Billy, who celebrates his 24th wedding anniversary with Phillips this year – says he’s already reached out to discuss married life in the spotlight.

“They’re madly in love and I told them … I know what it’s like to be married to someone who’s a lead singer in a band and who goes on the road and has Grammy nominations and No. 1 singles and sold millions of records, and if you ever need advice, don’t hesitate.”

And if they need to ask, there’s a good chance they’ll find Baldwin basking in the Parry Sound sun.

“I would do the show in Parry Sound for the next 10 summers … if we would be so blessed,” he says. “I’m not thinking this would be Gunsmoke, and we do 22 seasons or something, but I could see myself doing the show for quite a while and being very happy.”

Northern Rescue debuts in Canada on the CBC Gem streaming service and Netflix on March 1.