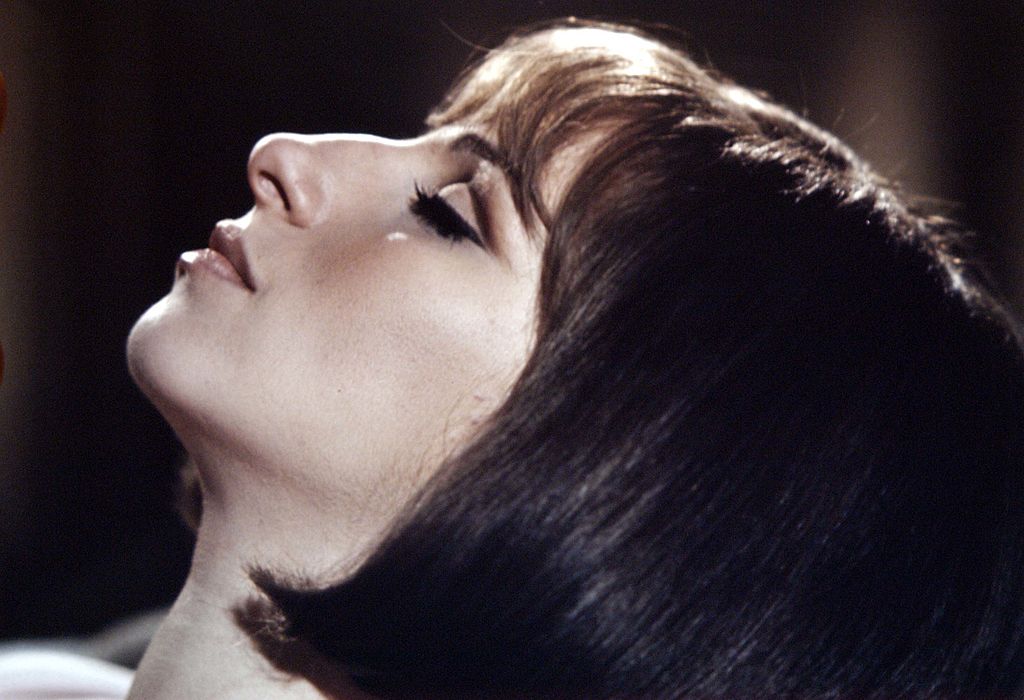 A star was born 77 years ago. Yes, the legendary entertainer known as Barbra Streisand celebrates her 77th birthday this week (April 24, 2019).

You can chalk it up to just another milestone on her lengthy list of accomplishments. She is that rare performer who has successfully worn many feathers in her cap—singer, actress, filmmaker—and she’s won 10 Grammys, two Oscars – including the Grammy Lifetime Achievement Award –  five Emmys and a Tony Award.

Here, we look back at a few of her most iconic moments.

In 1969, Babs won the Best Actress Oscar for Funny Girl. But while this marked her first Academy Award, it was her outfit that went down in history as one of the memorable Oscar dresses ever. A flared leg pantsuit with white cuffs and collar and covered in sequins by Montreal designer Arnold Scaasi, the outfit became completely see-through when the lights hit it—a fact, Streisand was unaware of, she would later admit. Today, it still makes annual Oscar lists, ranging from “Worst Dressed” to “Most Iconic.”

The 1983 film Yentl showcased Streisand’s colossal talent. She not only directed, co-wrote, co-produced and sang some of the songs in the the film, but also starred in the leading role. The movie was almost 15 years in the making with various studios arguing that Streisand was too old to play the lead or was too much of a rookie to direct a film. However, she refused to drop the project, eventually getting it to the screen. The film would go on to win the Oscar for Best Original Score and the Golden Globes for Best Movie—Musical or Comedy and Best Director.

The 1974 film The Way We Were pairs Streisand with Robert Redford and is a bittersweet romantic story that won two Academy Awards. The movie not only become a classic but the ending—which was filmed in front of New York’s Plaza Hotel—has since become a pop culture reference point. Dressed in a stylish camel coat, tightly belted, Streisand’s character says goodbye to Redford’s character on his wedding day. And, in a touching gesture, she moves a bit of his unruly hair away from his face, as the melancholy song, The Way We Were, begins to play. The scene was later referenced in the hit TV series Sex and the City.

Back in 1970, the singer was romantically linked to Canada’s Prime Minister Pierre Trudeau. He would have met the singer the previous year at the British premier of her film, Funny Girl. Years later in 1983, the duo would appear again in New York, pictured above.