You Can’t Go Home Again: “All in The Family” and “The Jeffersons” in the 21st Century 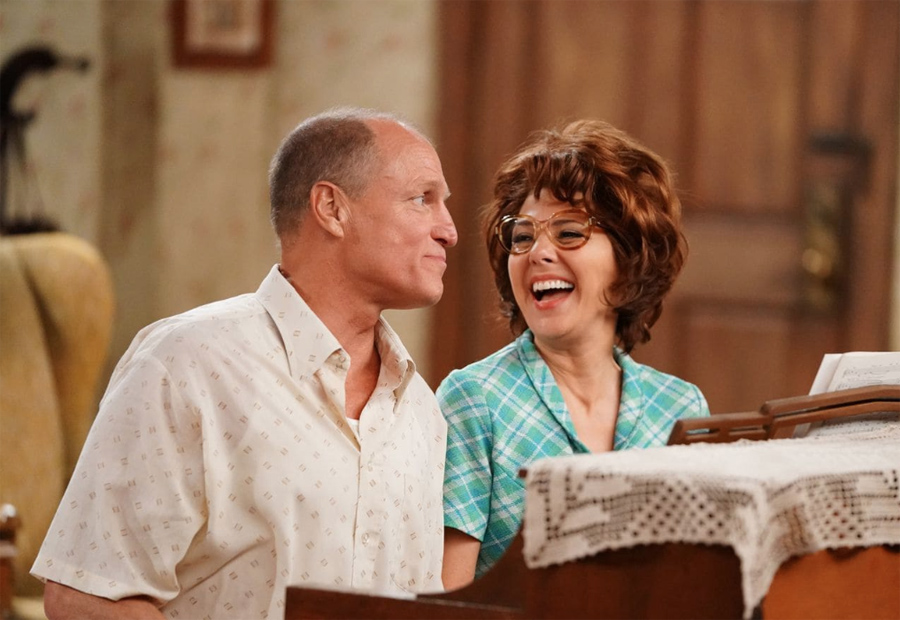 When All in the Family premiered in 1971, CBS opened with a disclaimer: “The program you are about to see is ‘All in the Family.’ It seeks to throw a humorous spotlight on our frailties, prejudices and concerns. By making them a source of laughter, we hope to show—in a mature fashion—just how absurd they are.”

A polarizing masterpiece, All in the Family (1971-1979) made television history, not least because of its groundbreaking work in, as was said at the time, bringing “real people with real issues” to the small screen at a pivotal transitional moment in the culture. The terrain it covered was smart and edgy and dangerously all too true. It still ranks among the most widely-watched and arguably most controversial sitcoms in television history, at one time drawing fifty million viewers; as a symbol of the series’ importance to America’s cultural legacy, the armchairs of its lead characters are now in the Smithsonian Institution.

Built around patriarch Archie Bunker, a bigoted Republican dock worker living with his family in Queens. He’s a somewhat foolish man with a harmful attitude who rails at the social and political progress of 1970s, regularly facing off against his progressive daughter and liberal son-in-law (and neighbours, and random strangers he meets on the street) over sex, religion, race, and politics, with a constant invective against the welfare state.

This week the legendary sitcom was back on the air on Live in Front of a Studio Audience: Norman Lear’s All in the Family and The Jeffersons. ABC’s re-staging was the brainchild of co-producer Jimmy Kimmel, who hosted alongside guest of honour and original producer Norman Lear, now 96, with one episode from each series helmed by Emmy-winning director James Burrows (Cheers, Frasier, Will & Grace).

Today’s slogan for All in the Family’s wistful theme song “Those Were the Days,” with its longing for big band music, traditional gender roles and white privilege, is now Make America Great Again. Were it to air today, Archie would probably be a folk hero in a MAGA hat and opining on Fox News instead of from his famous armchair. Luckily the ABC special of the show was a one-off, which positioned the live star-studded revival as must-see TV event. Remember those, from before dragons, streaming, PVRs and recap culture took over water cooler TV?

As entertainment, the revival was only a middling success. Both episodes were staged on facsimiles of their show’s now-retro original sets, with the appropriate 1970s period costumes but make no mistake—as it was in its day this was barbed comedy for and about the now.

The scripts were all faithfully unchanged with Archie, for example, uttering the same kind of casually shocking epithets against women, Jews and blacks (albeit with one word bleeped out) that he did back in 1973. “I’ll tell you, seriously, the most amazing thing is listening to these two shows where we agreed word for word we would not change a word,” Lear told Deadline in an interview, “and nothing has been changed, and I can’t believe how relevant it is to this moment. Every f–king word is relevant to this moment.”

Well, not exactly every word. At one point I wondered if that point of relevance about nearly 50-year-old politically and socially relevant issues might have been made more clear using those same scripts but with sets and costumes of today (and maybe the few era-specific pop cultural references updated to current ones). The material was well chosen, if not always well cast.

There is no one who should attempt the great Carroll O’Connor’s portrayal of Archie, although instead of shaping the character as his own Woody Harrelson certainly tried. Unfortunately his take went the route of mimicry, like a mediocre SNL skit, and the rest of the ensemble cast often played it broadly and telegraphed the big lines.

That said, Marisa Tomei captured something essential of longsuffering Edith’s scatterbrained sweetness in the first revival with “Henry’s Farewell” episode from season four that introduced spinoff The Jeffersons (1975-1985), in tandem with that series premiere episode “A Friend in Need.” The latter show focused on the lives of the Bunkers’s former neighbours George and Louise Jefferson, an upwardly mobile black couple who (as Jennifer Hudson’s rousing rendition of the theme song reminded us), find themselves ‘movin’ on up’ from Queens to Manhattan’s Upper East Side. Both patriarchs are boorish and stubborn, both endearing in spite of their many faults.

The second reprise fared better. Wanda Sykes was steely as Louise and brought out the character’s imperious and no-nonsense nature while, as George, Jamie Foxx may have flubbed a line (hey it’s live TV!) but by some miracle he didn’t embarrass himself with his take on Sherman Helmsey’s feisty, blustering egomaniac, nor in affecting Helmsey’s trademark confident strut. But overall, the proceedings registered more as impersonation and imitation.

As sassy Florence, Marla Gibbs, 87, made a surprise return to the memorable role she originated (and provided the most electrifying minutes of the night). In that episode, after being mistaken for the help herself, Louise hires Florence as a housekeeper in part to keep up appearances in her new social circle. Wealthy and eccentric high-rise neighbours include Helen and Tom Willis, back in the day one of the first interracial couples on television, seen last night in cameos by Kerry Washington and Will Ferrell (also a producer on the special).

Putting The Jeffersons into context, the couple’s success comes in the wake of the Civil Rights Act in America that broke down barriers of institutional racism that had arguably been holding them back. While navigating the attainment of the American dream, The Jeffersons ventured into representation beyond typical shows of the day that featured stereotyped black families living in poverty, for example, and offered social commentary on the black upper middle-class facing status anxiety and insidious issues of racism and classism (one episode in season seven even confronted the Ku Klux Klan).

Overall the material was well-chosen, though another episode about Archie’s editorial on gun control, for example, would have been just as urgent as it was in 1972. Social media would seem to agree, with viewers offering specific episodes of other Lear series that speak to the current political discourse — many suggested, for example, the infamous Maude episode about abortion would sadly be just as resonant.

“I’ve never heard that anybody conducted his or her life differently after seeing an episode,” Lear admitted in his own bestselling memoir Even This I Get to Experience, before explaining that his intension was to be the pebble rippling the water of complacent bigotry and intolerance. Yet people still stop him to tell him about the unforgettable discussions they had after each show: “And so that was the ripple of All in the Family. Families talked.”

Igniting conversations around the topicality of issues like racism was the point, not the acting, and helped elevate the project beyond nostalgia.