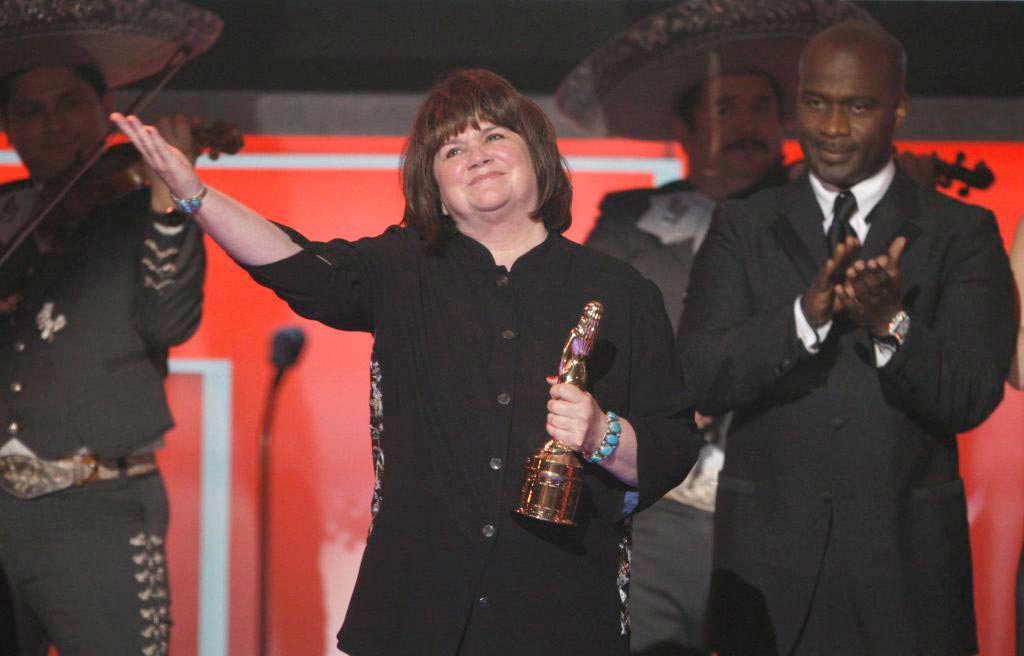 Singer Linda Ronstadt onstage at the 2008 ALMA Awards at the Pasadena Civic Auditorium on August 17, 2008 in Pasadena, California. (Photo by John Shearer/WireImage)

In honour of her 73rd birthday (July 15), we look back at some of Linda Ronstadt’s career highlights.

Back in 2014, 20 years after she first became eligible, Linda Ronstadt was (finally) inducted into the Rock & Roll Hall of Fame in Cleveland, Ohio.

Notoriously uncomfortable with award shows, she’d declined comment on the honour in advance of the ceremony. But the mere presence of Stevie Nicks, Bonnie Raitt, Emmylou Harris, Sheryl Crow, Carrie Underwood and Glenn Frey—all on hand to perform as part of a tribute to her storied career and lasting influence—was proof enough that Ronstadt played an instrumental role in inspiring future generations of aspiring musicians.

She sang all kinds of music, from folk to country to pop rock to Mexican ranchera. Some have referred to her an “interpreter”— a talented performer with a beautiful voice who had a knack for covering songs and turning them into gold on the music charts.

So, where do we even start when it comes to summing up her decades-long career? How about right here, with these five stunning vocal performances.

Ronstadt puts her personal stamp on this Hank Williams cover, which ultimately earned her a Grammy for Best Female Country Vocal Performance. With Emmylou Harris providing backup vocals, this soaring ballad is a testament to Ronstadt’s talent and her enduring legacy.

Considered her “signature song” in some circles, “Blue Bayou” was originally a Roy Orbison ballad that failed to connect with audiences and quickly dropped out of the limelight. Enter Linda Ronstadt, who took the struggling song and made it her own. With the Eagles’ Don Henley lending his voice on backup, “Blue Bayou” soared to the top five on three separate charts—and finally became a classic, the second time around.

Originally written and recorded in 1976 by Warren Zevon, Ronstadt recorded her own gender-altered version the following year. Although not as huge a hit as some of her previous recordings, her version of “Poor, Poor Pitiful Me” is still beloved by her most dedicated fans.

First performed by Dee Dee Warwick in 1963, “You’re No Good” reached number one on the Billboard Hot 100 when Ronstadt released her cover. Although the song has been redone countless times, Ronstadt’s has remained the definitive cover.

Written by Buddy Holly and Norman Petty, “It’s So Easy!” was originally released in 1958 as a single for the Crickets—but it failed to gain any traction. In true Ronstadt form, she took the struggling track and added her pipes and stage presence, and the end result was another monster hit for the singer. It tracked in the top five on the charts alongside “Blue Bayou” (both songs are off her 1977 album Simple Dreams).