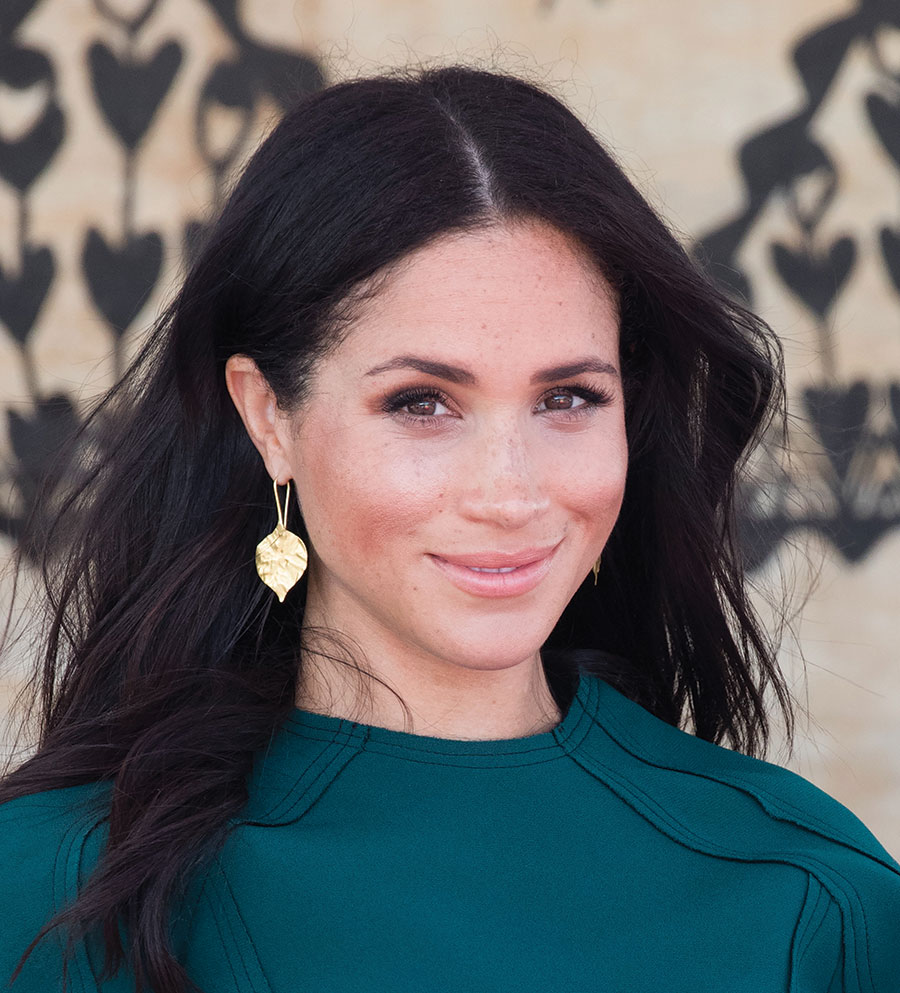 The week leading up to the Duchess of Sussex’s 38th birthday, which falls on Sunday, Aug. 4, has been notable for the explosion of news around the new mom. The big reveal was in the form of Meghan Markle’s guest editing turn for British Vogue’s big September issue. Coupled with the announcement of Markle’s new workwear fashion-for-charity line, the bonanza of news drew a typically loud — and polarized — response.

Click the “View Gallery” button above for stunning photos of Meghan,  Harry and baby Archie

The birthday woman — because the word girl really doesn’t suit Markle, who was famously both a plucky Hollywood survivor and a divorcee before her Cinderella transformation — has become one of the most famous women in the world. The rabid coverage of the Duke and Duchess of Sussex but particularly of the American-born Meghan has been exacerbated by the speed of their relationship arc. And simultaneously, by her career agenda-setting, capped off by Meghan’s very ambitious (and secret) media power play this week.

It has been only three short years since Meghan met Harry, the most eligible of princes. And it is a little over a year since they exchanged vows in front of a global audience of some two billion people, and she was dubbed a duchess. She gave birth to baby Archie, the seventh in line to the throne, days before their first anniversary.

Whiplash-inducing indeed! And thus, the wide gulf in public opinion. The Duchess is the target of both intense adulation and intense criticism. On the one hand, she has thrown herself into charity work and espouses important modern causes, most prominently those supporting disadvantaged women in Britain and around the world.

On the other, she stands accused of many “crimes,” from flouting tradition to seeking privacy for her new family while simultaneously cavorting with her new A-list celebrity pals. Most notably there was that US$200,000 baby shower in New York, thrown by Serena Williams, attended by Gayle King and from which she flew by private jet with Amal Clooney.

The criticism that seems to be sticking hardest to her right now is the effort to “have it both ways”: i.e., to accept public funding for her home and lifestyle but then not to share details of baby Archie’s birth and his christening. And yes, these decisions are made jointly with her husband, but Markle is always the one “blamed,” which rankles.

The Royal Family decisively needs modernizing and, yes, living in a fish bowl sounds perfectly awful. And, double yes, the tinges of racism in coverage of the multiracial Markle is horrifying. But in their rather understandable protective reaction to all this, Meghan and Harry have also been accused of trying to tightly control their narrative. And the public, particularly the British taxpayers (and the tabloids who stir them up), is tiring of ponying up for multi-million pound weddings and home renos when their access to these glamorous royals is curtailed.

So, half the opinion pieces cite Meghan’s guest-edit issue as inspiring, a landmark and in step with the times. The 15 women featured on the cover — including Michelle Obama, Greta Thunberg, Jacinda Ardern, Adwoa Aboah and Chimamanda Ngozi Adichie — are worthy subjects to cover for their humanist efforts. They are also (mostly) international celebrities including Jane Fonda and Salma Hayek, and therein lies the problem.

For the other half of opinion pieces and the more rabid twitterati, the timing of the British Vogue project is seen as a misstep, a grab by Meghan for both the spotlight and for intellectual and social gravitas with what detractors call “virtue signalling.” This is the definition of virtue signalling: “The action or practice of publicly expressing opinions or sentiments intended to demonstrate one’s good character or the moral correctness of one’s position on a particular issue.”

What the Duchess is suffering from is not her fault: it is a classic case of “tall poppy” syndrome. She is cast as an outsider, exerting what she herself once called her “brash American” values on a beloved and aged institution. The monarchy (and its subjects) tolerate secondary princes and princesses gone awry — from the Duke of Windsor, Princess Margaret, Prince “Randy” Andy and Prince Harry himself in his youth. But it is the perception of Meghan as overtly ambitious in her bid to carve out a hybrid place for herself with her husband that has the best of all worlds — privacy and luxury, celebrity and good works— that will take some getting used to.

I love ambitious women — hate the game, not the players — and I very much enjoyed Meghan’s company when I met her in person. I spent an hour with her at Toronto’s Soho House, drinking champagne and interviewing her about her Reitman’s collaboration. It was in the late fall of 2016, right before the news of her royal romance dropped. So, literally, she was in her final day or two of being able to walk around Toronto without a battalion of paparazzi.

She was vivid and warm, laid-back in Canadiana plaid flannel, polite to a fault, attentive and professional. The only criticism I have is that she was perhaps too professional. She shared stories about her childhood, her experiences with racism and slogging it out as a broke young actress in L.A., her fulfilment in her burgeoning charity and ambassador roles, and on to her connection with young people on social media. The stories were touching and apt. She had crafted a solid background story about herself, and she told it well. Her social media game was uplifting and inoffensive and full of platitudes. And I have seen her hit all those same talking points on repeat in press coverage since that time. With hindsight, what it shows is that she has an acute awareness of personal brand. And she is emerging from her maternity leave seemingly raring to carve out a new chapter.

The celebrity thing isn’t going anywhere. Traditionally, Royals don’t like to be known as celebrities, but celebrities think Meghan and Harry are part of their glittering international circle. And we like our celebrities to know each other; it reinforces some kind of magic sheen around them. Look at the excitement around Meghan and Harry meeting Beyoncé and Jay Z at The Lion King premiere last month. The couple had already celebrated her as a “melanated Mona Lisa,” and it was resonant on a cultural level, the joy of watching Markle leaning in to her Black identity as she did with the program at her wedding ceremony. Plus, can you imagine how cool to have Beyoncé call you her princess? But Meghan “allowing” her inner circle to defend her against detractors that had been calling her difficult, as she did for the Gayle King Meghan and Harry: Plus One CBS special, unfortunately reminded the public of Princess Diana’s choice to secretly share her story with Andrew Morton. And in speaking with Pharrell Williams, also at the starry Lion King evening, she allowed herself to let off some well-earned steam. When he commented gushingly about how important her marriage was “and what it means in today’s climate,” she countered with: “Thank you. They don’t make it easy.” She’s totally right, but her candour launched a thousand angry tweets.

The Royal Family’s unofficial motto is “Never complain, never explain.” They “virtue signal” about public service and model self-effacement and respect for tradition. Indeed, direct heir Prince William and Kate, Duchess of Cambridge, are near perfect in that regard, in their deportment and their duties. Kate also takes on high-profile projects — she guest-edited the Huffington Post in aid of her mental health awareness campaign, she did a perfectly motherly “Back to Nature” garden for the Royal Horticultural Show and, yes, she appeared on the 100th anniversary issue cover of British Vogue. But Kate, who will bear the weight of more responsibility in the future, stays carefully within her lane, a representative of the monarchy.

It is completely reasonable, indeed laudable, that the Duchess of Sussex intends to remain the multi-dimensional, modern woman she already was when she met Harry. She has a humungous platform, and she is using it for good and redefining how activism might someday co-exist with the apolitical royal machine.

But by making too much noise at once, there is a risk some of those good and worthy messages get lost. What she is doing with her clothing line for SmartWorks, for instance, which helps unemployed British women with interview clothes and training, is bang on the money: it brings in industry (Jigsaw and Marks and Spencer, among them), and her chic NYC designer pal Misha Nonoo to create community and teamwork — and a 1:1 sharing model so that consumers are part of the give-back — between fashion and women in need.

Instead of piling on all her good ideas at once, it might be wiser for Markle to build on change over time. Especially working from within an institution as stiff upper-lippy as the monarchy. Anyway, we hope she has the happiest of birthdays and a break from the hoopla of this very Meghan week.