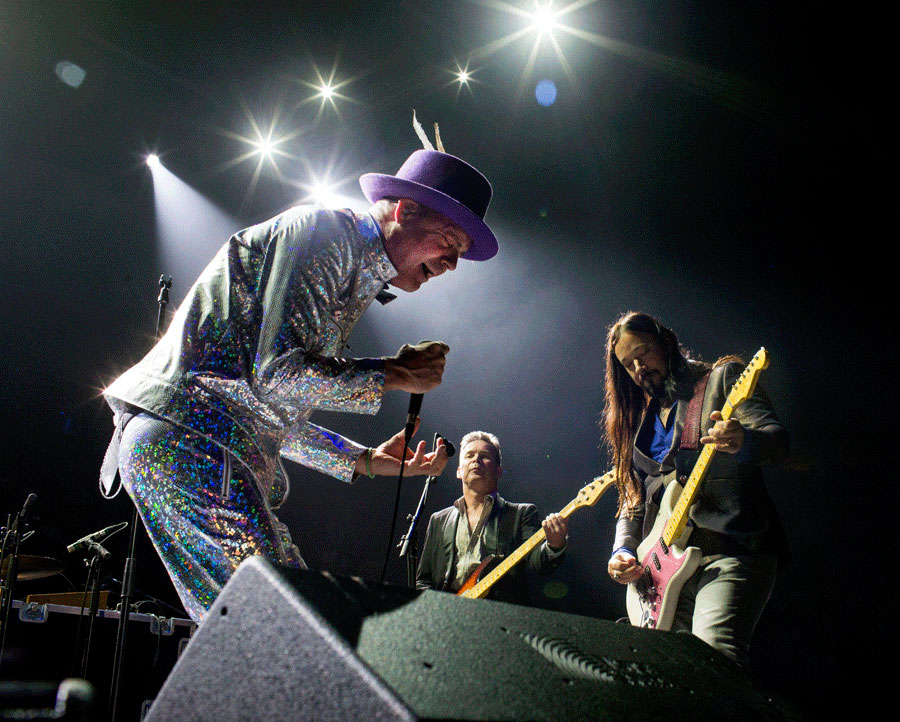 Gord Downie of The Tragically Hip performing at the Air Canada Centre in Toronto as part of the band's Man Machine Poem tour. (Photo: Marcus Oleniuk/Toronto Star via Getty Images)

If you ask a Canadian where they were on the night of August 20, 2016, odds are pretty good they will answer, “Watching the last Tragically Hip show.”

In the wake of the announcement of lead singer Gord Downie’s terminal brain cancer diagnosis that spring, that final concert in Kingston, Ontario — the band’s hometown — was broadcast live by the CBC, and watched by almost twelve million people, a third of the country coming together to say goodbye to Downie, and to the Hip, perhaps the most Canadian of Canadian bands.

Downie passed away in October, 2017, and the band announced the retirement of The Tragically Hip name (imagine the jersey rising into the rafters) in 2018 — but that night in Kingston was the end of an era.

Now, three years later, the band has announced a new chapter: The Tragically Hip Radio made its debut on SiriusXM this morning. Available on-line and via SiriusXM streaming, the dedicated channel will draw on the band’s entire catalog, including previously unreleased live recordings, archival and new interviews with band members, recordings from the band’s solo projects and programs featuring artists who have been influenced by the Hip.

The Tragically Hip Radio puts the Hip alongside other iconic acts with dedicated SiriusXM stations, including The Beatles, The Grateful Dead, Bruce Springsteen, Pearl Jam and Elvis Presley, among others.

It also hints at an answer to questions that have niggled at fans since that night in Kingston: what will happen next? How will the legacy be handled? The Hip were famous for their epic shows over a nearly three decade career, but they only released one live album; would fans ever get to hear any of that? And what of studio sessions, alternate takes, unheard songs?

It appears the vault doors opened a crack this morning; time to tune in and see what sneaks out.

The Tragically Hip Radio is on SiriusXM’s channel 757. And if you’re on social media, the band is inviting fans to share their memories and favourite songs using the hashtag #TheHipRadio.