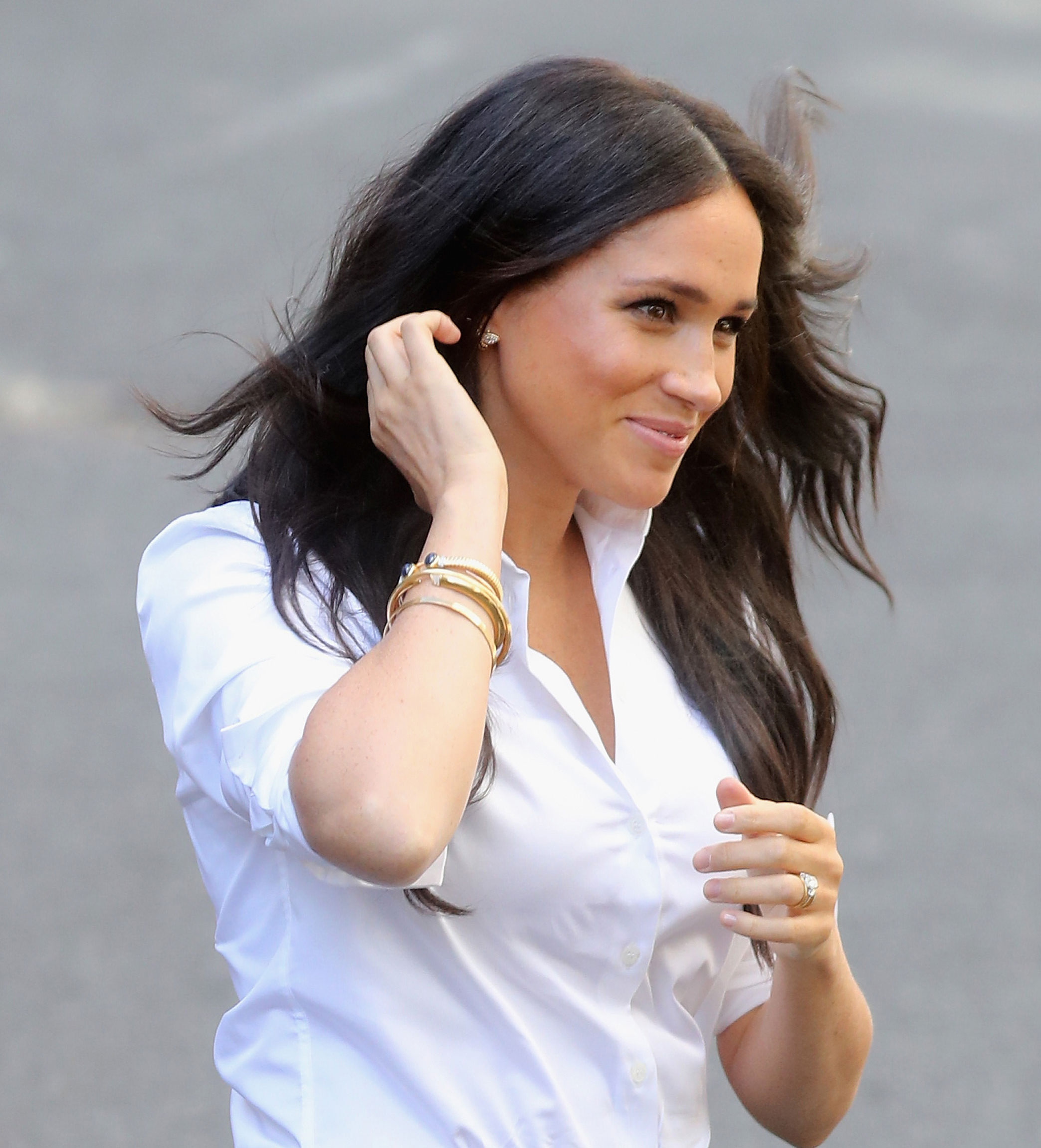 Meghan Markle launched her charity clothing line today in her first official public engagement since the birth of baby Archie.

“Since moving to the U.K., it has been deeply important to me to meet with communities and organizations on the ground doing meaningful work and to try to do whatever I can to help them amplify their impact,“ Meghan said in a statement released before the launch event. “It was just last September that we launched the Together cookbook with the women of the Hubb Kitchen in Grenfell. Now, one year later, I am excited to celebrate the launch of another initiative of women supporting women, and communities working together for the greater good. “When you buy any item in the Smart Set Capsule Collection for Smart Works, the same item will be given to a Smart Works client, and with it, the confidence and support she needs to enter the workforce and take an important step in building a career.”

The timeless pieces that make up the clothing line were created by Jigsaw, John Lewis and Partners, Marks and Spencer along with her designer friend Misha Nonoo.

Royal watchers will remember Nonoo as the mutual friend that is rumoured to have played matchmaker with Meghan and Harry. Meghan also caused a stir when she wore a white oxford by Misha for her first public appearance at Toronto’s Invictus Games in September of 2017 with Prince Harry, a shirt that was also known as a “husband shirt.” The choice of garment further stoked rumours that the pair were engaged.

For the event at London’s Oxford Circus John Lewis department store, The Duchess of Sussex returned to a similar garment, a crisp white linen blouse, designed by Monoo along with a pair of black trousers by Jigsaw, which are both from the collection.

Although the event was shrouded in secrecy, some of the collection’s items became available online hours ahead of the launch, including a John Lewis tote bag retailing at £109 and a £19.50 “Smart Set” crepe shift dress from Marks and Spencer.

During her informal speech, she told attendees that the John Lewis tote bag had already sold out, news she had learned on the car ride over.

The duchess went on to explain the ethos behind the initiative, which was initially revealed in the issue of British Vogue she guest-edited last month.

“As women, it is 100% our responsibility, I think, to support and up-lift each other. To champion each other so we aim to succeed, to not set each other up for failure but instead to really be there rallying round each other and say ‘I want to help you’.

“And you may not ever meet that person but you know when you put on that blazer or that shirt or you carry that tote or put on those trousers and that dress that some other woman on the other side of this country is wearing that piece because you made that purchase.”

Meghan privately visited Smart Works several times before being named as its royal patron in January. The charity has helped more than 11, 000 women and hopes to dress 3, 500 woman this year across their two London offices and bases in Edinburgh, Manchester, Reading, Birmingham and Newcastle.

While the Duchess had made plenty of public appearances since she gave birth on May 6, the launch event marked her return from maternity leave. But a return to royal duties certainly doesn’t trump the demands of motherhood. As the event drew to a close, Meghan hurried out and was heard exclaiming “I’ve got to get back to the baby — it’s feeding time.”