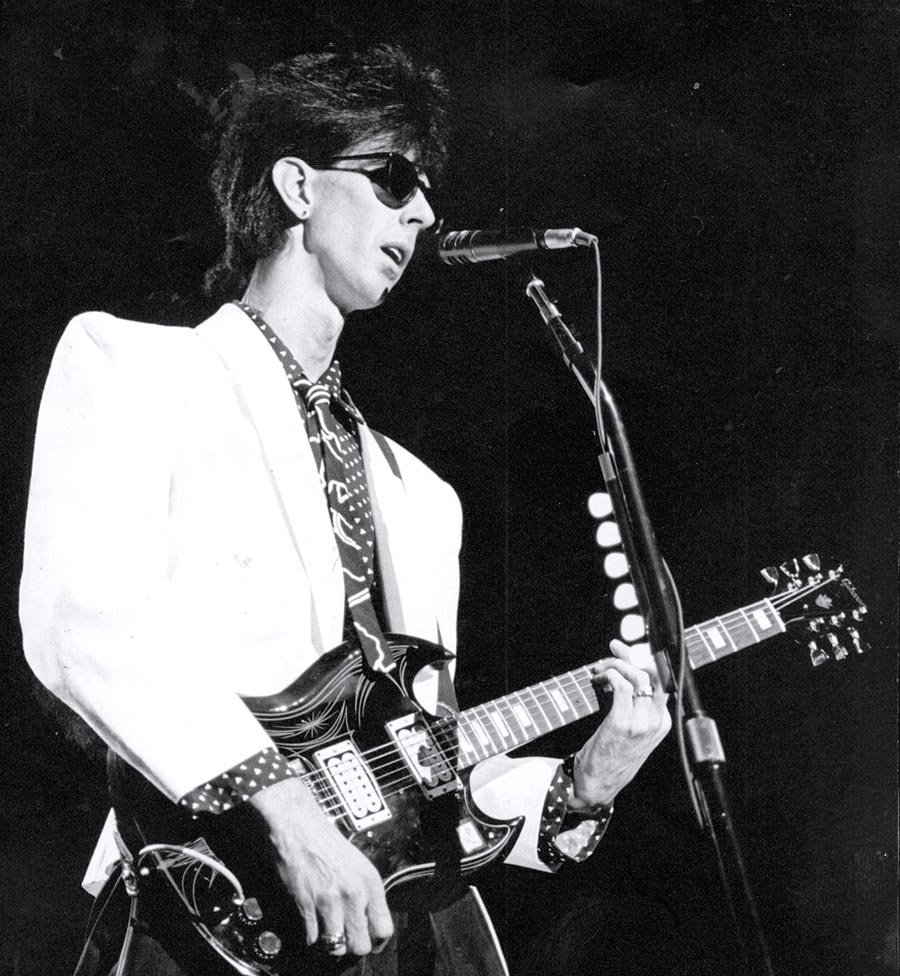 Ric Ocasek — who passed away yesterday at the age of 75 — was never considered the coolest of rock stars. But with his trademark sunglasses, swept-back black hair and laconic stage presence, that was a strength, not a liability. As leader of The Cars, his songs formed the soundtrack for a generation.

Born and raised in Baltimore, Ocasek dropped out of college to pursue a career in music. In 1965, he met bassist Ben Orr, beginning a relationship that would shape the Top 40 charts for a decade.

The self-titled first album from The Cars was released in 1978 and kicked off with three songs — Good Times Roll , My Best Friend’s Girl and Just What I Needed — that are just about as powerful an opening for a debut as rock ‘n’ roll has ever delivered. Each of the songs was a hit single, and collectively they, along with the rest of the album, heralded the arrival of something brand new, a New Wave. In the wake of punk, geekiness was cool (think of early Elvis Costello), and The Cars were riding high.

Ocasek led The Cars through a decade of hits before their break-up in 1988. Not only were they in the vanguard of New Wave, The Cars were one of the pre-eminent bands of the early days of rock video: You Might Think, the first single from their 1984 album Heartbeat City, won the MTV Video Music Award for Video of the Year, against such fellow nominees as Cyndi Lauper’s Girls Just Wanna Have Fun, Michael Jackson’s epic Thriller and Herbie Hancock’s nightmare-inducing Rockit. Perhaps the band’s defining video moment, however, came when their song “Drive,” with lead vocals by Orr, was used during the Live Aid telecast to score a montage of images from the famine in Ethiopia.

After the break-up of The Cars in 1988, Ocasek developed a solo career and gained renown as a producer, working with No Doubt, Black 47 and Weezer, among others. His production work and his music shaped a new generation of rock stars. Brandon Flowers of The Killers said of the band, “They achieved greatness and left a comet trail behind them, writing and recording songs that have transcended into classics” as part of The Cars induction into the Rock and Roll Hall of Fame last year. The band reunited to perform at the ceremony, though without Ben Orr, who died in 2000.

Early reports indicate that Ocasek’s body was discovered in his apartment yesterday by his estranged wife, Paulina Porzikova.

Online, the response to Ocasek’s death has been vocal and a reminder of just how widespread the reach of his music was and the impact he had on both his peers and those he influenced. Filmmaker Edgar Wright (Baby Driver) tweeted,

Last year, while writing, I listened to the first four Cars albums one afternoon in a row and it was pure power pop bliss. Might just have to do it again today. RIP Ric Ocasek. pic.twitter.com/kT0ue43GKx

sad news. much respect to the great ric ocasek. pic.twitter.com/FSm3ZmYDvf

Ric Ocasek, The Cars set tone of #80s before 80s even started – Just What I Needed, BestFriend's Girl, Good Times Roll. The Shake It Up & Heartbeat City lps brought motorcade of hits to our decade. Dad to 6 sons. Rock Hall of Famer. Thank u for it all Richttps://t.co/n6oOyJYEs0

And country star Tim McGraw weighed in with,

Man…so saddened to hear about the passing of Ric Ocasek, lead singer of @thecarsband, and legendary producer to many. His music was inspirational to me. Our thoughts go out to all of his family, friends, and fans. pic.twitter.com/W1DxoNBKPG

Patterson Hood of Drive-By Truckers posted on Facebook, “Another piece of my youth gone. The Cars and especially Candy O (and to some extent Panarama) soundtracked my High School years (and the teen film I tried to write about it). They blasted from my 1973 Celica full volume. That shit holds up far better than many bands we thought might have been cooler. RIP Ric Ocasek. (RIP Ben Orr also).”