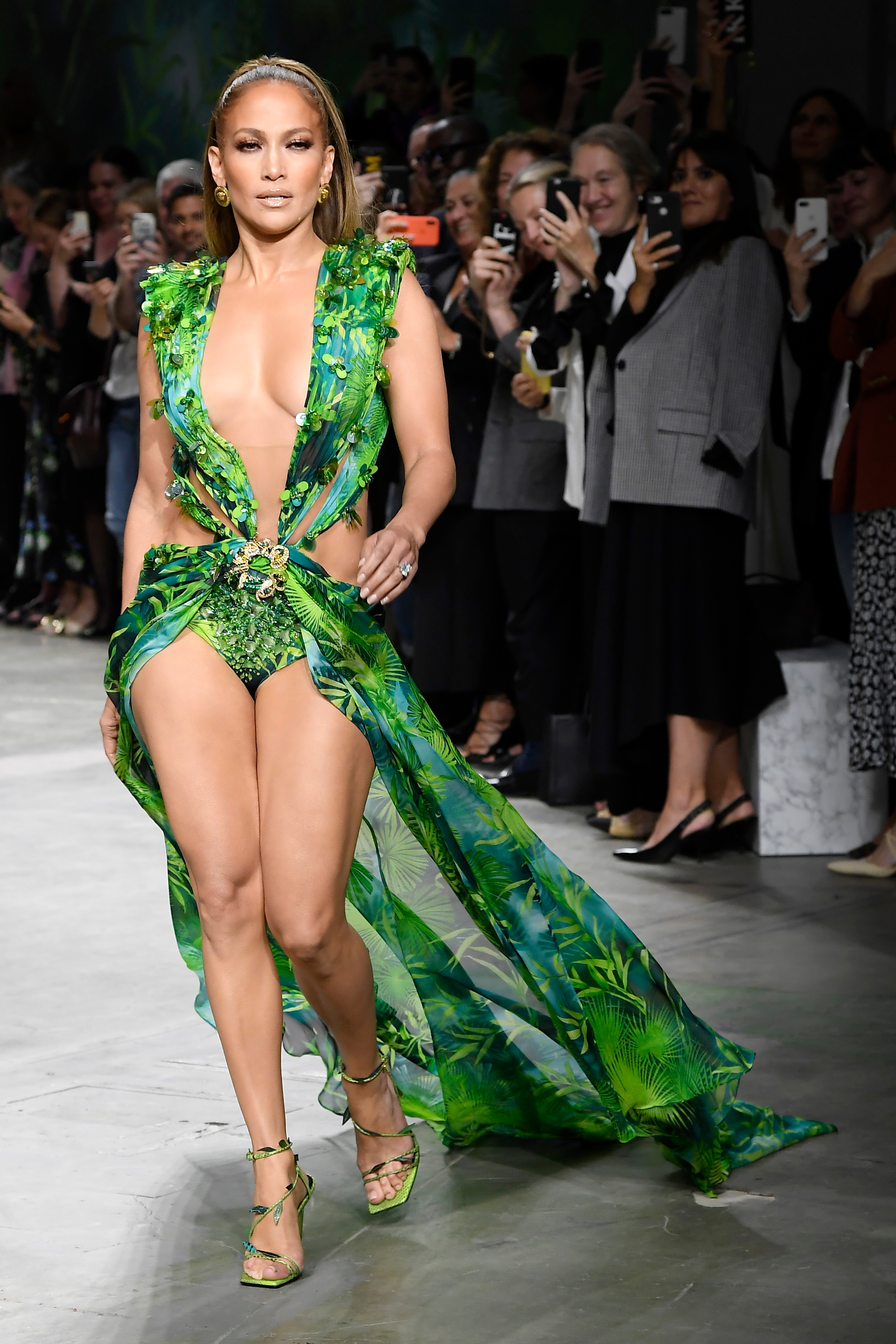 Iconic fashion moments are rarely successfully recreated. But Jennifer Lopez made lightning strike twice today in Milan when she shut down the Versace runway, strutting out in a recreation of the iconic dress that launched Google images.

Almost two decades ago at the 2000 Grammy Awards, the rising star showed up on the red carpet as Puff Daddy’s date, wearing a diaphanous green jungle print gown with a plunging neckline designed by Versace. Cue a million klieg lights from the paparazzi. J. Lo and the dress dominated the news coverage worldwide the next day.

The impact of the performer and the dress created one of the most memorable red carpet moments ever. In a 24-hour period from appearing in the dress, the image was downloaded from the Grammys’ website more than 600,000 times. Years later, Google president Eric Schmidt acknowledged the fashion moment was the instigator for launching Google Images. Up until 2000, searching on Google would only display text with links. Developers noticed the most searched query to date was Jennifer Lopez’s Versace dress. For Google to answer these kinds of queries, they needed a way to show images.

To celebrate this pivotal moment in fashion history and the 20th anniversary of the gown’s debut on the runway worn by supermodel Amber Valletta, Donatella Versace corralled Lopez to walk the spring/summer 2020 runway.  Emerging during the finale of the show in the jungle dress 2.0, she put the younger catwalk queens less than half her age — like Kaia Gerber (daughter of original supermodel Cindy Crawford) and the Hadid sisters — to shame, owning the moment and earning herself a standing ovation.

The revealing dress shows that J.Lo, who just turned 50 and is currently staring in Hustlers — where she plays a stripper — proves she not only still has the rocks but also has the body of Jenny From the Block.