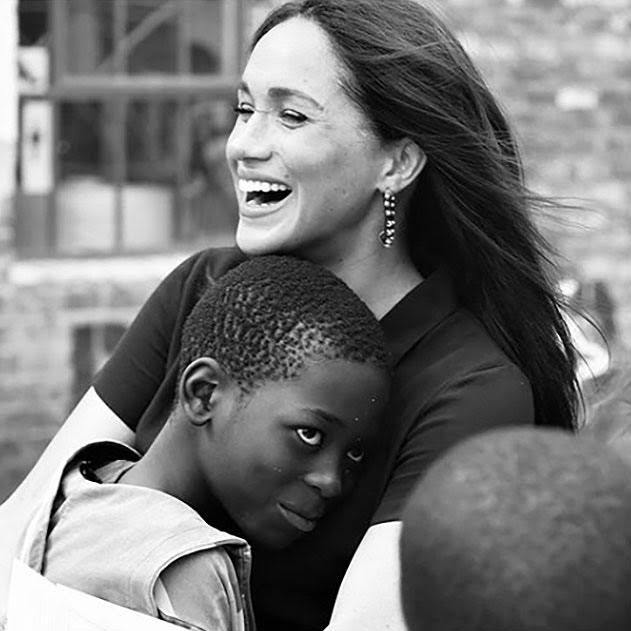 This is the penultimate day of the Duke and Duchess of Sussex’s Royal tour of southern Africa, and the young family has been reunited in Johannesburg.  Prince Harry started out this morning in Malawi, where he made a visit to the Mauwa Medical Centre in the southern city of Blantyre. It’s the site of a joint project between the U.S. and U.K. governments where prefab, solar-powered storage units are installed to ensure medical supplies are kept secure and at the right temperature.

This simple, technological innovation has reduced theft and increased faith in the medical system for the 23,000-strong community served by the centre. They use the facilities for maternity care, malaria treatment, HIV testing and aftercare for those affected by the virus.

Prince Harry sat down with local young people to discuss the importance of sex education and being tested for HIV, saying, “You need to know your status, and know there is medication, so you can have a happy and healthy life.” The talk turned to the challenges Harry faced as a Royal in his own youth. In this remote corner of Malawi, the pressures and privileges of a prince’s life would be very difficult to convey, but Harry handled the questions by explaining the context of his life was very different from theirs. He instead leaned into the positivity that has been the hallmark of this tour, urging the assembled crowd instead to “hold onto your dreams,” and to show “kindness, empathy and work together.”

The Duchess also sought out the company and opinions of young people on her first stop of the day at the University of Johannesburg as she took part in a roundtable to discuss access to education and gender equality.

Meghan told roundtable participants that “sometimes access to education can seem so big, you wonder even where to begin. So you begin with one student, one school, you just begin.” She then quoted Dr. Martin Luther King Jr.: “Take the first step. You don’t have to see the whole staircase, just take the first step.”

As patron of the Association of Commonwealth Universities, Meghan announced a new series of gender grants. Since the program began, 600 students from 28 universities in 17 countries have participated in workshops. She also announced four new scholarships for students to study in other commonwealth countries and benefit from cross-cultural understanding.

On the @sussexroyal Instagram, she relayed the story of one of the scholarship recipients, who grew up on farmland in Kenya and covered his school fees by selling cabbage leaves.

“He is now doing a research study on carcinogens in his country, its link to cancer — his work is helping to change practices and to save lives,” the post read.

Later in the day, the Duchess went on to visit the non-governmental organization Action Aid, which is dedicated to protecting young girls from gender-based violence. This issue has been something that Meghan has been keen to hear about and discuss with people on the ground in South Africa working to turn around grim statistics: murder rates for women in the country are five times the global average.

She learned about the Teddy Bear Clinic, supported by Action Aid, which provides support to children and families affected by domestic and sexual abuse. She later met privately with young girls who have been helped by the clinic, and in turn have gone on to join the Girls Club, an organization that instills self-confidence, the spirit of sisterhood and a sense of community, according to the @sussexroyal website. That part of Meghan’s day was strictly off camera to respect the privacy of the girls sharing their experiences with the Duchess.