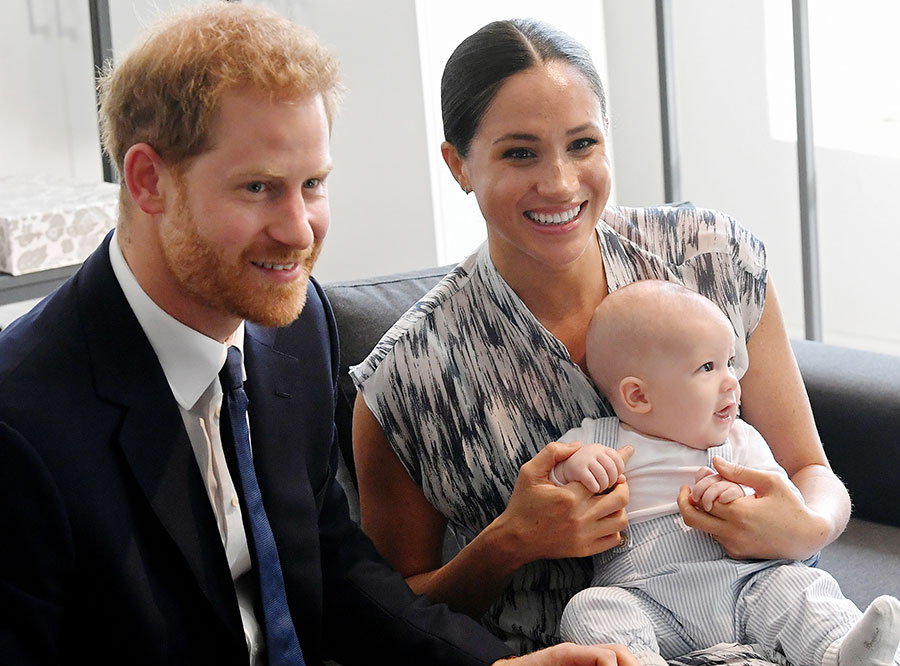 Prince Harry, worried about “false and malicious” reporting on his wife, the Duchess of Sussex, has issued a statement expressing deep concern that Meghan is being hounded to a breaking point just like his mother, Diana.

“My deepest fear is history repeating itself. I’ve seen what happens when someone I love is commoditised to the point that they are no longer treated or seen as a real person,” Harry said in his statement posted on both sussexoffical.uk and royal.uk websites.  “I lost my mother and now I watch my wife falling victim to the same powerful forces.”

The Prince’s statement was issued on the second-last day of their 10-day Royal tour of southern Africa after Meghan sued the owners of the Mail on Sunday tabloid newspaper for “the misuse of private information, infringement of copyright and breach of the Data Protection Act 2018.” The statement of claim filed in the Chancery Division of the High Court was related to the publication of parts of a private letter from Meghan to her estranged father, Thomas Markle, just after she married.

The reason behind the timing of the statement is unclear, although it does seem odd that near the end of a triumphant tour they would choose to shift the narrative so dramatically.

After months of negative press over everything from the cost of home renovations to private air travel, the tidal wave of stories around this tour have been resoundingly — and universally — positive. The couple has been lauded for  their ease and approachability, for insisting people address them on a  first-name basis, and, in Meghan’s case, for the thoughtfully curated, affordable wardrobe of fashion repeats compared to the one-off couture she wore on previous tours. It was also a series of huge wins for the worthy causes the Commonwealth ambassadors chose to highlight on this trip: the environment and wildlife protection; women’s and children’s issues,  gender-based violence in particularly; educational opportunities for youth; and health-care services, particularly for HIV/AIDS.

It has been an emotional trip for the Royal pair, with baby Archie in tow for their first major undertaking as a family. Harry has said he feels most at ease in Africa, where Prince Charles took the boys to grieve Diana’s death and where Harry took Meghan just weeks into their relationship. “We camped out with each other under the stars,” he said in his engagement interview,” … which was absolutely fantastic. So then we were really by ourselves… which was crucial to me.”

On the Angola leg of this tour, Harry walked in his late mother’s footsteps as he picked up the torch on the land-mine removal campaign she began just months before her death in 1997. That poignant moment may also have underlined the double-edged sword that press coverage has been for the women in Harry’s life. This statement, written in the first person, is a clear throw down to anyone who has hurt his wife, and the mother of his child.

It follows another statement issued by Harry in November 2016,  just weeks after their relationship was revealed when they were spotted at Soho House in Toronto. That was written in third person, but used similarly impassioned language, saying his girlfriend had been “subject to a wave of abuse and harassment.

“Some of this has been very public—the smear on the front page of a national newspaper; the racial undertones of comment pieces; and the outright sexism and racism of social media trolls and web article comments. Some of it has been hidden from the public—the nightly legal battles to keep defamatory stories out of papers; her mother having to struggle past photographers in order to get to her front door; the attempts of reporters and photographers to gain illegal entry to her home and the calls to police that followed…”

There was a love affair with Meghan when she first hit the ground running. As his fiancée, she took on Royal duties immediately, had a triumphant, early solo engagement with the Queen and captivated the British public on her wedding day.

Press coverage has since devolved, except for the tour, but with the tabloid, the Daily Mail, reporting yesterday the Royals had Range Rovers shipped from Britain, implying this was not up to the their green standards.

There is yet another stacked day ahead to conclude the tour, including a meeting with Nelson Mandela’s widow Graca Machel. Royal watchers will be wondering how this sudden announcement plays out in a very public setting before the young family heads back to Britain, and the safety and privacy of Frogmore Cottage, Windsor.

Statement by His Royal Highness
Prince Harry, Duke of Sussex

As a couple, we believe in media freedom and objective, truthful reporting. We regard it as a cornerstone of democracy and in the current state of the world – on every level – we have never needed responsible media more.

Unfortunately, my wife has become one of the latest victims of a British tabloid press that wages campaigns against individuals with no thought to the consequences – a ruthless campaign that has escalated over the past year, throughout her pregnancy and while raising our newborn son.

There is a human cost to this relentless propaganda, specifically when it is knowingly false and malicious, and though we have continued to put on a brave face – as so many of you can relate to – I cannot begin to describe how painful it has been. Because in today’s digital age, press fabrications are repurposed as truth across the globe. One day’s coverage is no longer tomorrow’s chip-paper.

Up to now, we have been unable to correct the continual misrepresentations – something that these select media outlets have been aware of and have therefore exploited on a daily and sometimes hourly basis.

It is for this reason we are taking legal action, a process that has been many months in the making. The positive coverage of the past week from these same publications exposes the double standards of this specific press pack that has vilified her almost daily for the past nine months; they have been able to create lie after lie at her expense simply because she has not been visible while on maternity leave. She is the same woman she was a year ago on our wedding day, just as she is the same woman you’ve seen on this Africa tour.

For these select media this is a game, and one that we have been unwilling to play from the start. I have been a silent witness to her private suffering for too long. To stand back and do nothing would be contrary to everything we believe in.

This particular legal action hinges on one incident in a long and disturbing pattern of behaviour by British tabloid media. The contents of a private letter were published unlawfully in an intentionally destructive manner to manipulate you, the reader, and further the divisive agenda of the media group in question. In addition to their unlawful publication of this private document, they purposely misled you by strategically omitting select paragraphs, specific sentences, and even singular words to mask the lies they had perpetuated for over a year.

There comes a point when the only thing to do is to stand up to this behaviour, because it destroys people and destroys lives. Put simply, it is bullying, which scares and silences people. We all know this isn’t acceptable, at any level. We won’t and can’t believe in a world where there is no accountability for this.

Though this action may not be the safe one, it is the right one. Because my deepest fear is history repeating itself. I’ve seen what happens when someone I love is commoditised to the point that they are no longer treated or seen as a real person. I lost my mother and now I watch my wife falling victim to the same powerful forces.

We thank you, the public, for your continued support. It is hugely appreciated. Although it may not seem like it, we really need it.